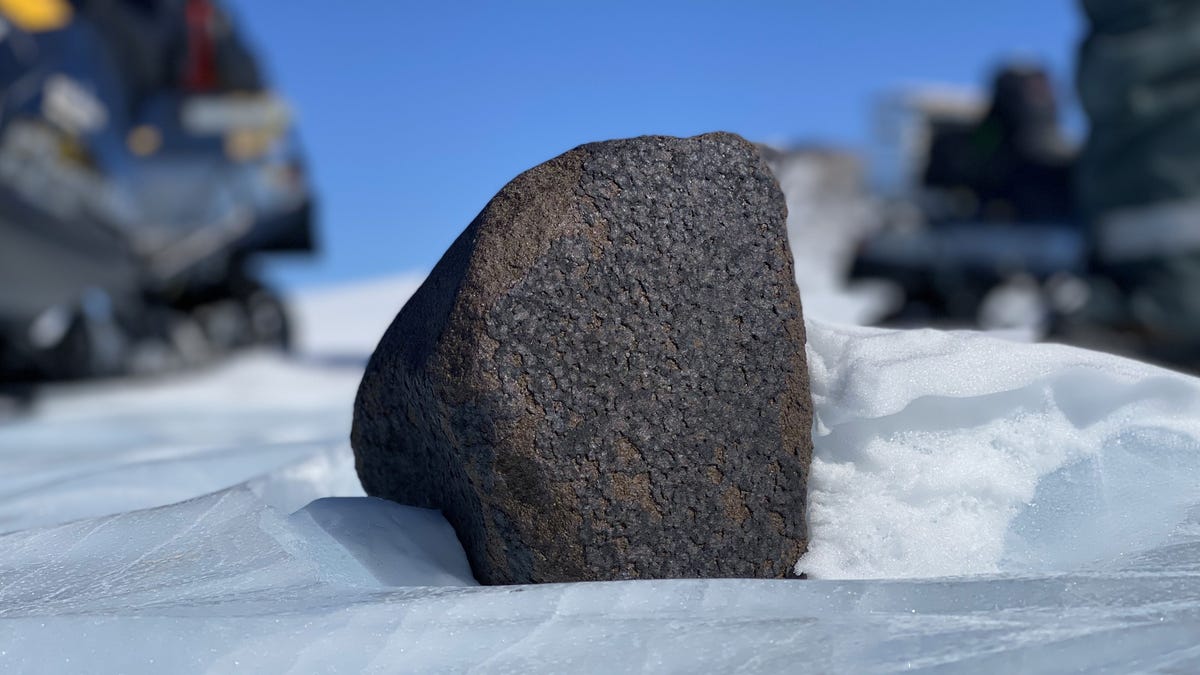 Antarctica is a wonderland for meteorite hunters. Dark rocks stand out against the pale, snowy landscape and the dry climate helps to preserve them. A team of researchers went searching for meteorites in Antarctica and discovered a rare prize: a jumbo 16.7-pound (7.6 kilogram) meteorite. 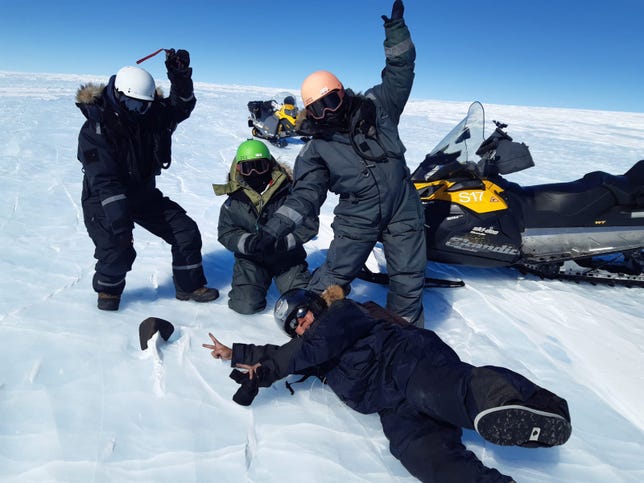 The meteorite was one of five collected by the researchers, who embarked on the trip in late December. “Size doesn’t necessarily matter when it comes to meteorites, and even tiny micrometeorites can be incredibly scientifically valuable, but of course, finding a big meteorite like this one is rare, and really exciting,” research scientist Maria Valdes said in a statement from the Field Museum on Wednesday.

Valdes estimates around 45,000 meteorites have been found in Antarctica over the last century, but only about 100 of them have been the size of the 17-pounder or larger.

The team’s enthusiasm for the unusual find can be seen in a photograph where the researchers posed with the rock.

The research team tried out a new technique using satellite imagery to spot meteorite sites. “Going on an adventure exploring unknown areas is exciting, but we also had to deal with the fact that the reality on the ground is much more difficult than the beauty of satellite images,” said Université Libre de Bruxelles glaciology student Vinciane Debaille.

While the December timing put the team in Antarctica during the region’s summertime, the expedition still braved cold temperatures and lengthy snowmobile rides and treks.