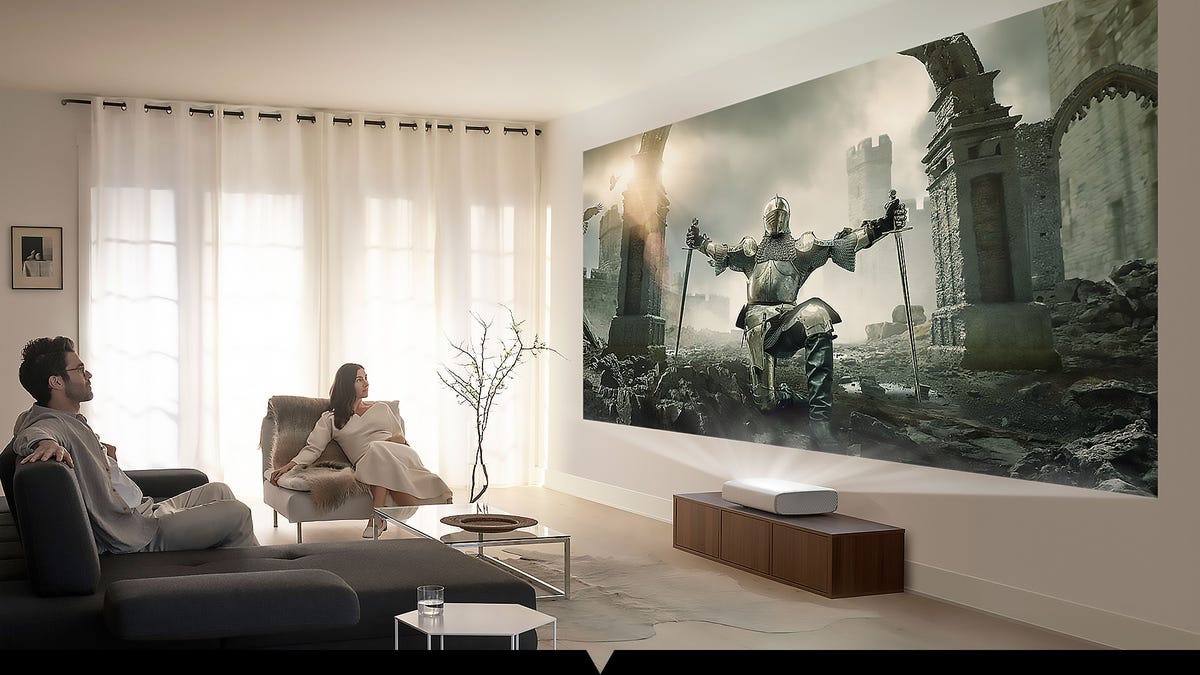 This is the 4K predecessor of Samsung’s The Premiere ultra-short throw projector; no images have been released of the 8K model.
Samsung

At CES 2023 last week, Samsung announced an ultra-short throw projector with 8K resolution called The Premiere. It’s an updated version of 2020’s 4K Premiere, a single box designed to sit on a low table directly below and just a few inches away from your wall or screen. Using special lenses and video processing, it can create an image up to 150 inches diagonally. 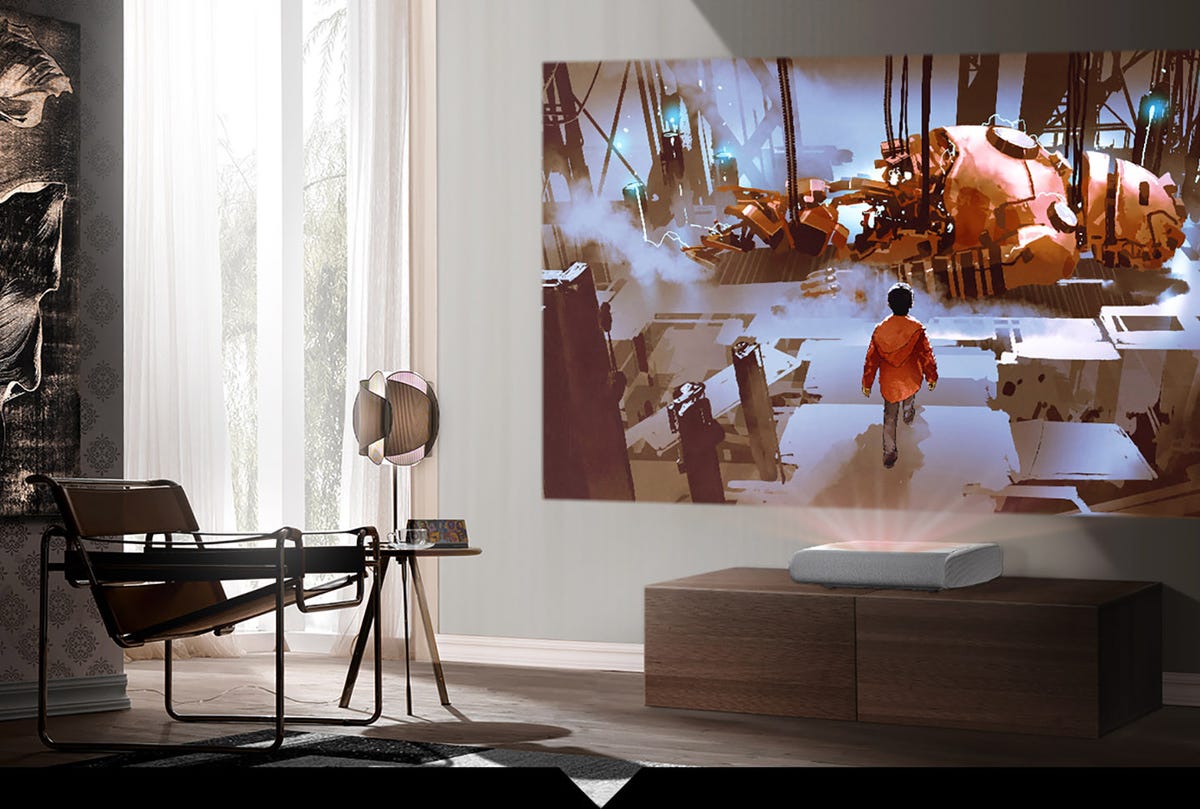 Yep, 8K. That’s four times the resolution of a 4K projector. There’s currently no widely available 8K content, an issue that also plagues 8K TVs. Without 8K content, you can’t fully take advantage of the extra pixels, though the projector will upconvert everything you send it to 8K, so it might seem slightly sharper than a 4K projector projecting a similarly sized image. Keep in mind there are more important aspects of picture quality than resolution. 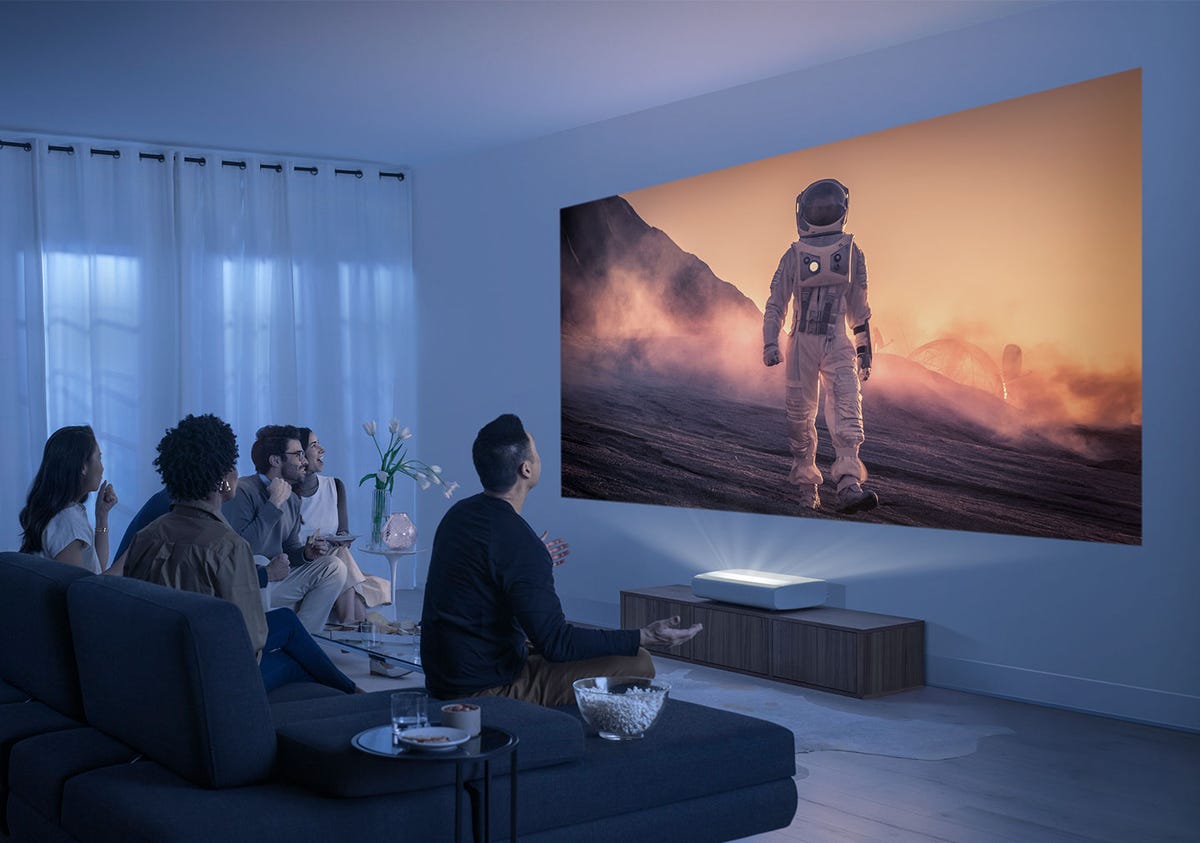 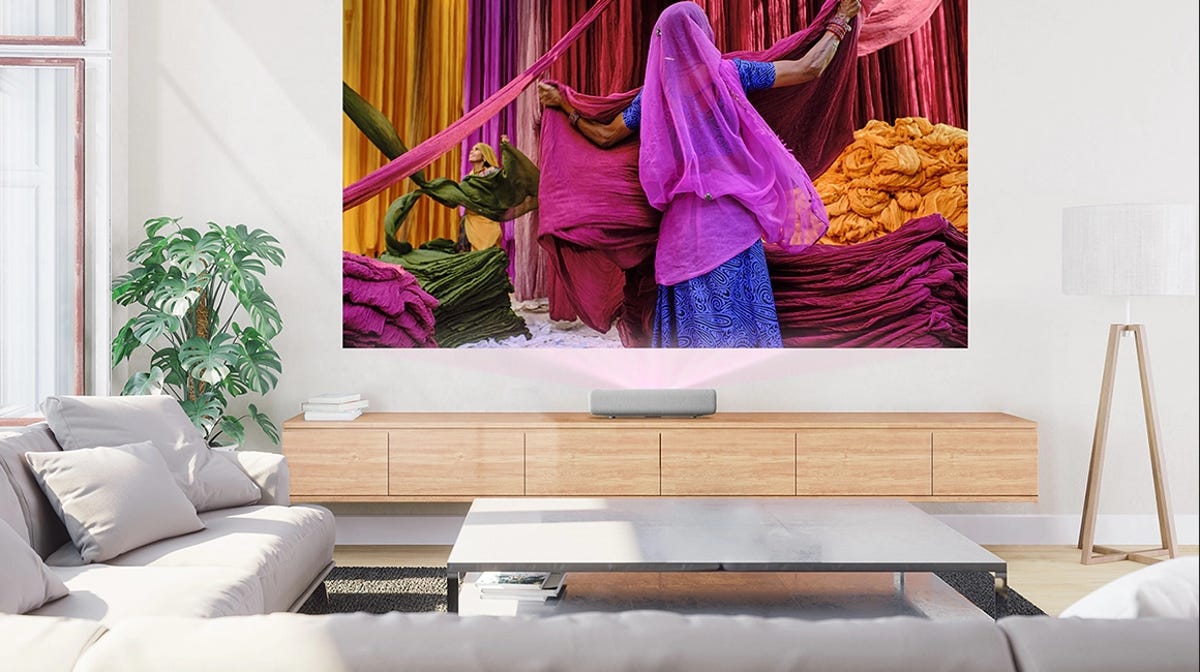 It’s also safe to assume it will be bright. The 4K The Premiere had two versions, a “120-inch” version, and a “130-inch” version. Neither actually came with a screen, and could actually create a range of image sizes from 90 to 120 inches with the former, and 100-130 inches with the latter. The difference was light output, with a claimed 2,200 and 2,800 respectively. These are pretty good numbers, though other UST projectors in a similar price range are much brighter. The $4,000 Epson LS500 for instance, put out a claimed 4,000 lumens. Samsung is claiming the new model will be capable of “150-inch” images, so we’re expecting a bump in lumens.

Samsung hasn’t announced pricing or availability yet. Generally, products that are announced at CES come out in the spring or summer. Price-wise, this will almost certainly not be cheap. The previous The Premiere was $3,500 for the “120-inch” version, and $6,500 for the “130-inch” version. Since the only other consumer 8K PJs start at $11,000, and those are for traditional (aka not UST) designs, it seems safe to assume the 8K The Premiere will cost at least what the previous model did, and probably a lot more.