ROTTING IN DUBAI: Family of American imprisoned in UAE says US abandoned him for Brittney Griner 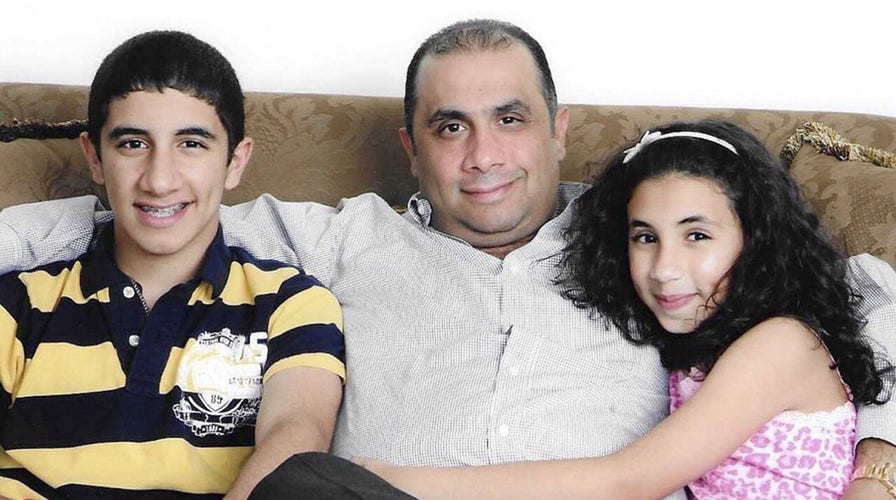 Zack Shahin, an American who has been rotting in a Dubai prison for 15 years was "abandoned" by the U.S., his family says as they plead for mercy before his death.

Zack Shahin has rotted — literally rotted — in a Dubai prison for 15 years.

The bright fluorescent lights are always on in the concrete cell the American citizen shares with 60 other prisoners. The noisy air conditioner runs 24 hours a day. The air is damp, cold and smells like decaying flesh.

Zack sleeps on a plastic mattress with a dirty blanket and in clothes that have never been washed. Prisoners are rarely let out of their cells.

His family maintains his innocence.

But Zack — sick, sleep-deprived and starving — lost the will to live years ago.

FAMILY OF DYING AMERICAN IMPRISONED IN DUBAI PLEADS FOR MERCY: 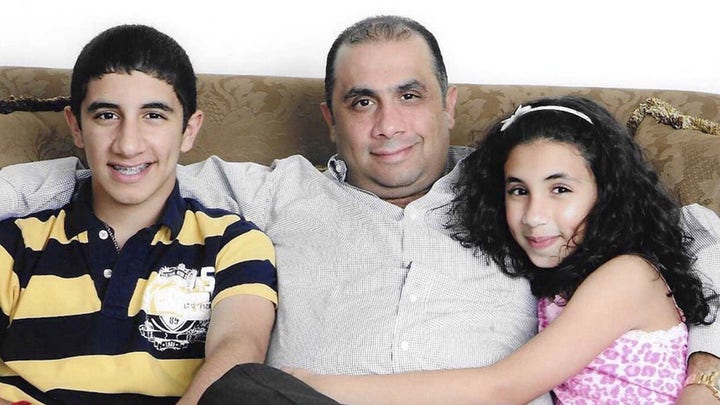 “He is rotting,” Martin Lonergan, a British activist who met Zack in prison, told Fox News. “If you can imagine a man is dying because he’s rotting … they’re cutting bits of Zack away, and he’s dying trying to fight the infection.”

Nearly three months ago, Zack’s condition became so dire he was moved to a Dubai hospital where he had multiple unsuccessful surgeries.

In a final attempt to get Zack home, his family submitted mercy letters to the State Department on Nov. 23. The Shahins went back and forth with State Department officials for nearly two weeks, revising their letters until they were finally sent to the United Arab Emirates on Dec. 6.

The Shahins didn’t know it, but the U.S. was simultaneously negotiating the release of WNBA star Brittney Griner, which the UAE helped facilitate.

“They completely abandoned us … they completely pushed us to the side,” Ramy Shahin, Zack’s son, told Fox News. “Maybe we’re not newsworthy enough for them — we’re not famous, we’re just an ordinary family — and they just left us.”

‘They just took him down’

Zack, a Lebanese native who moved to Texas when he was five, worked as a Pepsi truck driver in Houston. Eventually, he worked his way up to become an executive at the company.

In 2004, Zack was recruited to the UAE by Mohammed Khalfan bin Kharbash, the country’s minister of finance and chairman of the Dubai Islamic Bank. He was made CEO of a real estate development firm the bank owned, Deyaar. Over the next four years, the $5 million private firm became a $1.5 billion publicly traded company, and the second-largest publicly traded real estate company on the Dubai Stock Exchange.

But when Dubai’s ruler died in 2006, the political fallout engulfed bin Kharbash and disrupted Zack’s success, according to his family. He resigned from Deyaar in early March 2008.

On March 23, Zack, then-43, was called into an auditing meeting. There, he was abducted by state security, Zack’s family said. After 17 days in solitary confinement, he was brought to the police station and arrested on charges of fraud, embezzlement and other financial crimes — crimes his family says are false and politically motivated. 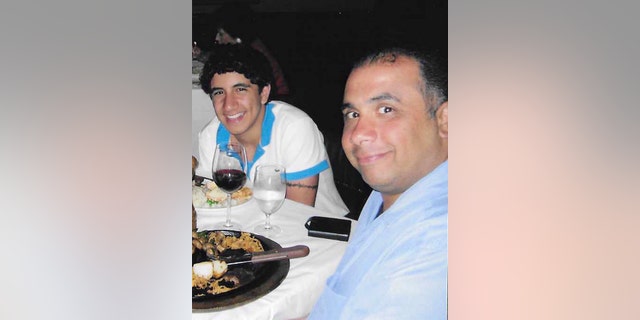 Zack Shahin, 59, has been illegally detained in a Dubai prison for 15 years for crimes he did not commit, his family said.
(Courtesy of the Shahin family)

His family said he was detained for 13 months before formal charges were filed against him. Besides a short-lived release on bail, Zack spent the next nine years in jail before he was finally convinced in 2017. He was sentenced to 49 years, which didn’t include time served.

His family insists he is innocent. The big four global accountancy firms audited Deyaar for the years Zack was CEO and found no financial losses or evidence of the financial crimes he was accused of, according to the Shahins.

“My dad’s just an ordinary American guy who started working hard to make a name for himself,” Ramy told Fox News. “He took this little real estate company and made it what it became and built so much of what Dubai is known for. And then they just took him down.”

‘My dad has no hope’

Several organizations, including Human Rights Watch, Detained International and the James W. Foley Legacy Foundation, have tried to raise awareness of Zack’s imprisonment over the years but haven’t gotten a response from the U.S. government.

“I’m going to keep fighting until he gets out,” Ramy said. “And if I fail, then so be it. But I’ll never let this go.” 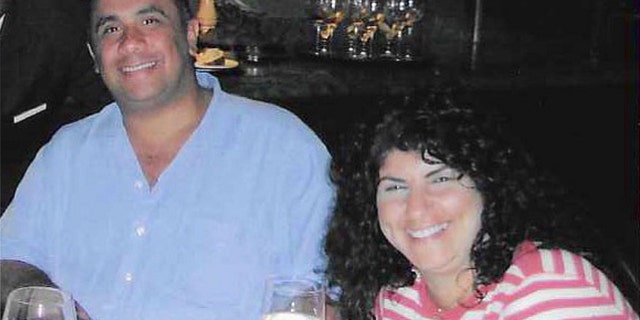 Zack’s mental and physical health have deteriorated greatly while in prison. His family said he won’t survive much longer.
(Courtesy of the Shahin family)

Zack suffers from a host of health issues, including an infection in his lungs and rotting flesh and skin sores. The Shahins suspect his condition is worse than they know since they have never seen his medical records.

Lonergan, the Brit who met Zack while jailed, compared the prison to a dungeon.

“It is where you are pushed away to be forgotten about,” he said.

Lonergan, who works for Detained International, spent 10 months imprisoned with Zack beginning in 2020. He first noticed the American through the bars of his own cell from across the hall. Despite the severity of Zack’s physical ailments, Lonergan said his mental health is “far, far worse.”

“I did have conversations with Zack, and there’s times when you can see a glimmer of light in his eyes when he talks about his story,” Lonergan said. “Most of what I’ve discovered is from research from when I got out.”

“I have never in my life witnessed such injustice,” he added.

The Shahins had some hope after President Biden signed an executive order in July bolstering an existing hostage recovery law. It directed U.S. agencies to communicate more with families of Americans unlawfully detained overseas and allowing for their captors to face sanctions. 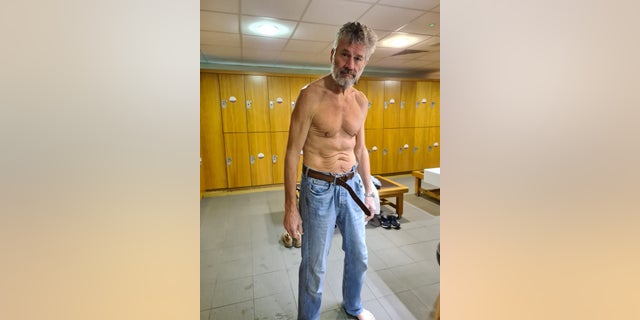 Martin Lonergan, who spent 279 days in the Dubai prison with Zack, said he lost a third of his body weight and developed a heart condition due to the inhumane conditions.
(Courtesy of Martin Lonergan)

However, their request for advocacy for Zack under the law, the Levinson Act, was denied within five days.

“I think the Biden administration and the State Department should look at our case and treat it with a little more respect,” Ramy told Fox News. “Because we haven’t even been given any of that.”

Ramy was 14 when his father was imprisoned. Now 30, he speaks to his father on the phone every few days.

“My dad has no hope,” he said. “It hurts me every time I talk to him because he lost hope a long time ago. He’s a shell of what he used to be.”

News of his condition led Zack’s family to make one final appeal for mercy from the UAE royal family.

“All we want is mercy,” Zack’s sister-in-law, Aida Dagher, told Fox News. “Somebody move, please. Let this guy fly to the medical center in Houston, close to his family, where he can have whatever is left of his life.” 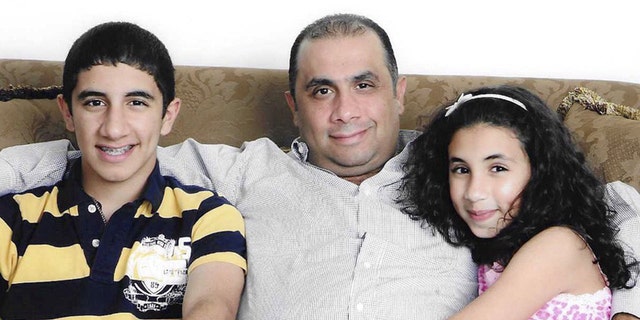 Zack’s, son Ramy, said the entire family is still "broken" over their father’s imprisonment.
(Courtesy of the Shahin family)

The State Department repeatedly asked the Shahins to tone down the rhetoric in their mercy letters, emails provided to Fox News show. Two days after the letters were sent, the news broke about the UAE’s involvement in Griner’s release.

“My dad’s situation was an inconvenience to the U.S.,” Ramy told Fox News. “When they were working with the United Arab Emirates and Russia to negotiate Brittney Griner’s release, I feel like they thought, ‘let’s not mention Zack Shahin while we’re working to get her out because it might not go right with them.'”

“To have the letters pushed back and sat on for days and weeks while the UAE was obviously helping America negotiate Brittney Griner’s released — it’s obvious that the department did not want to antagonize the UAE during this diplomatic process,” Lonergan said.

The family also said the close relationship between the U.S. and the UAE further disincentives the U.S. from advocating for Zack. 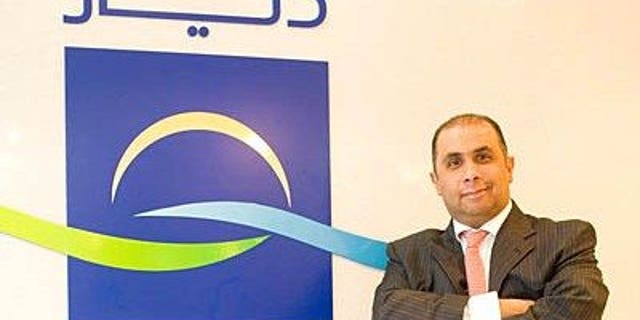 Zack Shahin still has over 40 years left on his sentence. His family said they don’t expect him to survive beyond the next few weeks.
(Courtesy of Shahin family)

A State Department spokesperson told Fox News they are regularly in contact with the Shahins and will continue to monitor Zack’s case and “provide all appropriate consular assistance.”

“We have no greater priority than the safety and security of U.S. citizens overseas,” the spokesperson said. “We take seriously our commitment to assist U.S. citizens abroad and are providing all appropriate assistance.”

After 15 years and three presidential administrations with little to no action, the family is still plagued with Zack’s absence every day.

“I try to put on a front and act strong for my family and my dad, but I feel like I lost a part of myself when he went in there,” he added.

To watch the full interview with Ramy, Lonergan and Dagher, click here.