Megan Hauserman vividly recalls the last time she spoke to Ryan Jenkins, a fellow reality TV star who once captured her heart.

“I was with him in person,” the 41-year-old former Playboy model recalled to Fox News Digital. “It was very upsetting because he wasn’t the same person anymore. I felt like I needed to get away from him immediately and never see him again – and that’s what I did. I felt unsafe. I felt he was unstable and that it was an unsafe environment to be with him. He was very paranoid. He thought people had convinced me to tell him things. He was very delusional.”

“I told him I would be gone for a while because I didn’t want to see him anymore, and I just wanted him to leave me alone,” she shared. “So, I lied and said I was leaving California and going back to Florida.”

Weeks later, Hauserman learned that Jenkins was a suspect in his wife’s murder. 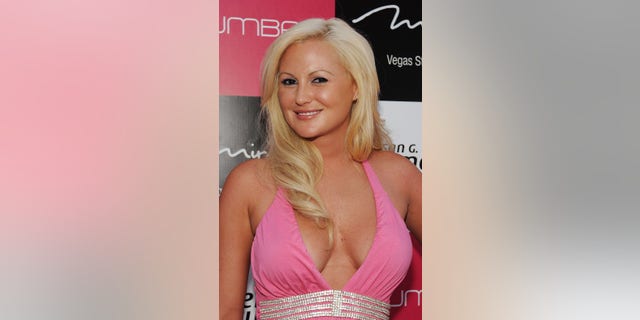 The gruesome death of Playboy model Jasmine Fiore is being explored in a new true-crime docuseries on Investigation Discovery (ID) titled “The Playboy Murders.” The series, hosted by former Playboy model Holly Madison, will investigate tragedies associated with the iconic magazine brand. It features new interviews with investigators, former Playboy Playmates, loved ones, as well as others closely associated with the cases being featured.

“It took me a long time to process everything that had happened,” Hauserman said. “I’m still trying to make sense of it.”

Before making her mark on the small screen, Hauserman was discovered by Playboy in 2005. She was quickly flown in from Chicago to the Playboy Mansion where she did a test shoot. Soon after, she became a “cyber girl” and did photo shoots while giving followers a behind-the-scenes look.

But the rise and fandom of reality TV, a genre that was skyrocketing in popularity, caught her eye. In 2007, she was a contestant on “Beauty and the Geek” where MENSA-worthy “nerds” were paired up with glamorous pinups. After winning the competition, she starred in several popular VH1 shows, including “I Love Money,” “Rock of Love with Bret Michaels,” as well as its spinoff, “Rock of Love: Charm School.”

Then in 2009, she was finally the star of her own series, “Megan Wants a Millionaire.” In the show, the statuesque blonde would search for a mate among 17 financially qualified suitors “of the highest pedigree” in hopes of becoming a trophy wife. It was there where she met Jenkins, a Calgary real-estate developer. He described himself as “a little bit of a Prince Charming, a little bit of a bad boy.” 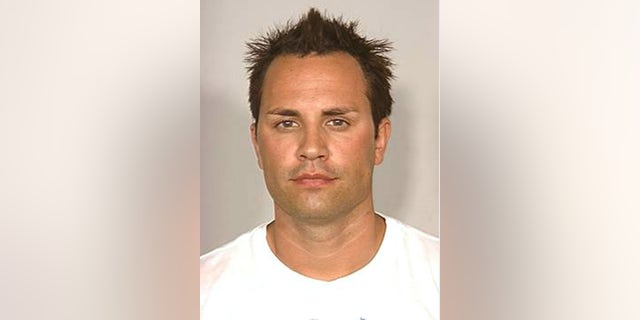 Ryan Jenkins managed to keep his dark past a secret before taking on the reality TV world.
(AP / File)

There was no standardized system for vetting potential contestants, Entertainment Weekly reported. The outlet noted that the process varied by network and production company. A criminal background check is involved to search for any court and arrest record in every county a candidate has ever lived. For “Megan Wants a Millionaire,” VH1 used Collective Intelligence, a Washington state-based company the network has worked with since 2003. However, it only specialized in U.S.-based criminal searches. Since Jenkins was a Canadian citizen, the company subcontracted the search to Straightline International, another firm. Jenkins’ record came back clear, and he was invited to join the cast.

According to the episode, Hauserman and Jenkins connected when cameras weren’t rolling.

“I would describe our connection as very natural,” she said. “I think we were both attracted to each other and had a lot in common. I thought that maybe it was going to go somewhere. We had been talking to each other for about a month during filming. We would talk every night on the phone. He was writing me love letters and told me he was going to move to California from Canada to be with me.” 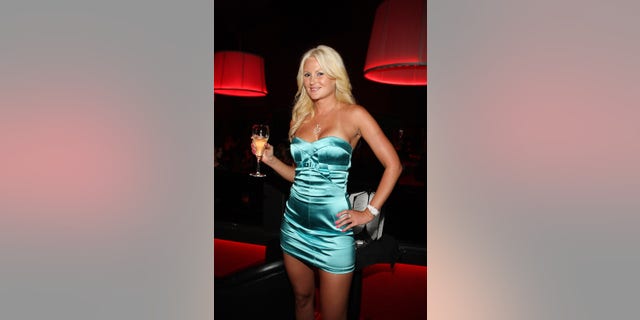 The episode revealed that Hauserman told producers that Jenkins was her pick. However, she claimed they had other ideas, insisting viewers wouldn’t want him to win. While Jenkins made it to the finals, Hauserman sent him packing.

And then he dropped a bombshell.

Jenkins and Jasmine Fiore first met at a casino in Las Vegas. Days later, in Sin City, the couple married in March 2009. The swimsuit model was unaware of Jenkins’ dark side until it surfaced in June of that year, when he was charged with misdemeanor battery after he was accused of hitting Fiore in the arm. 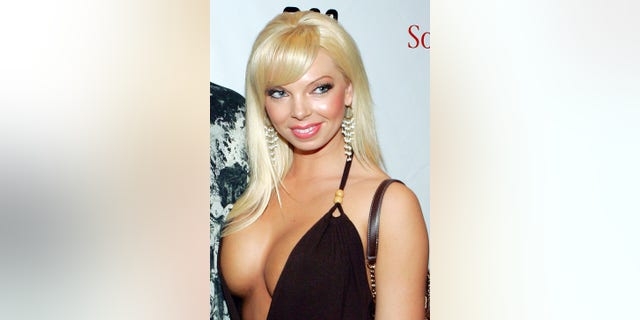 Jenkins had a violent past that he successfully kept secret. Years prior, he was convicted of assaulting a woman in his native Calgary.

The five-month union was described by Fiore’s friends as tumultuous. Fiore’s former fiancé, Travis Heinrich, later told People magazine that he believed she didn’t know how to tell Jenkins “they were done.”

Meanwhile, Hauserman claimed Jenkins was attempting to stay in touch with her. 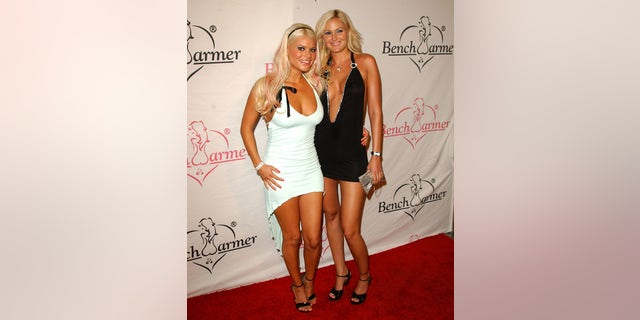 “About two weeks after he had been married, he started calling me and telling me he had made a terrible mistake,” she said. “I think he felt very comfortable talking to me. I think he knew I could put myself in his shoes in terms of his experience on the show and how he felt manipulated and lost. I do think he was still hopeful that we could have some type of relationship.”

According to reports, Fiore and Jenkins called it quits in May. He went to Mexico to film a reality TV show while trying to salvage the marriage. It is believed they briefly reconciled in June and then got together again in August.

“He convinced her during that month that he was really the guy for her,” said Fiore’s mother, Lisa Lepore, as quoted by the Associated Press. “He wrote poems and stories, and prayed and [claimed he] had this huge spiritual awakening.”

It is believed that Fiore was ready to leave the toxic union. Her former boyfriend, Robert Hasman, revealed on “Today” that Fiore texted him, saying she was going to travel to Las Vegas and see him. At the time, she and Jenkins were in San Diego for a poker tournament. 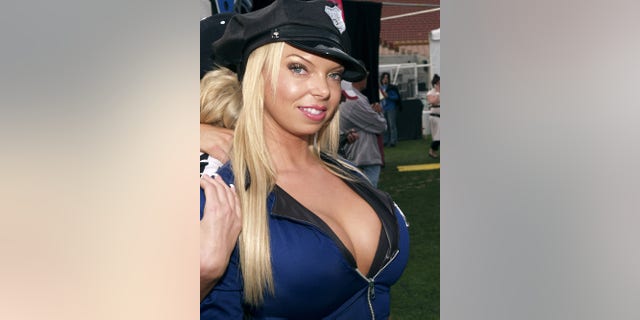 According to multiple reports, Jasmine Fiore was ready to cut ties with Ryan Jenkins for good.
(Michael Tran / FilmMagic / File)

But then Hasman received another text message, one that simply read, “suck it.” It is speculated that Jenkins discovered their messages.

On Aug. 15, 2009, Fiore’s body was found stuffed in a suitcase tossed in a trash bin in Buena Park, California. The 28-year-old’s fingers and teeth were missing. Authorities were able to identify Fiore using the serial number of her breast implants. Jenkins was the prime suspect. As the case quickly drew national attention, VH1 pulled “Megan Wants a Millionaire” and “I Love Money 3,” another show he had appeared in.

“The production company that I had been working with for years at that point told me that the whole situation was like a cancer,” Hauserman recalled. “They had to cut everything out. They couldn’t work with me anymore. All my contracts were canceled.”

In a statement at the time, VH1 said its “ultimate responsibility is what’s on our air, and in this case, we immediately took the show off the schedule as well as off of our digital platforms.” 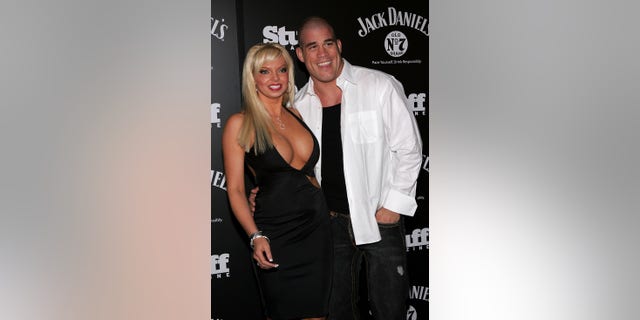 “Everyone has a role to play in the hundreds of hours of original programming that we develop each year,” the network noted. “Something went wrong here, so we’re all looking at the process to make sure it doesn’t happen again.”

Jenkins went on the run. That’s when TMZ uncovered his record from 2005. VH1 and production company 51 Minds insisted it didn’t appear in his background check. 51 Minds said in a statement that it was “taking steps to ensure that this sort of lapse never occurs again.”

On Aug. 23, 2009, Jenkins’ body was discovered by an employee at a hotel in British Columbia. He was 31. Evidence suggested he had taken his life.

HUGH HEFNER’S EX-GIRLFRIEND, SONDRA THEODORE, ON BEING ‘GROOMED’ BY PLAYBOY FOUNDER: ‘I SAW THE DEVIL IN HIM’

Hauserman, who is now a happily married mother to an 8-year-old son, said she spent “10 years rebuilding my life from scratch.” 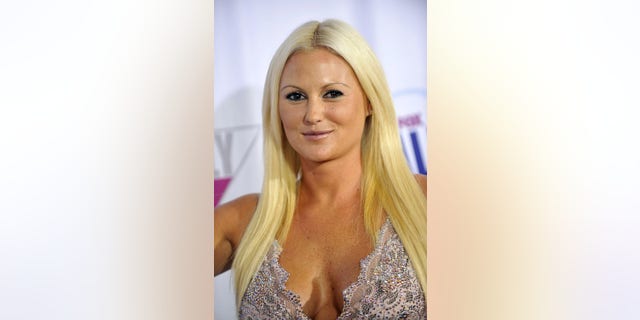 “For a long time, I couldn’t talk or even think about all of this,” she said. “I just couldn’t deal with it. Telling my story has been therapeutic. But I still do feel to this day that it could have been me. I feel like it was a very close call. I feel like I was interchangeable in his life with Jasmine. That was very scary.”

If you or someone you know is suffering from abuse, please contact the National Sexual Assault Hotline at 1-800-656-4673.

"The Playboy Murders" premieres Jan. 23rd at 10 p.m. on ID. The Associated Press contributed to this report.