NBA Finals Game 4 memes: Where will LeBron James play next? 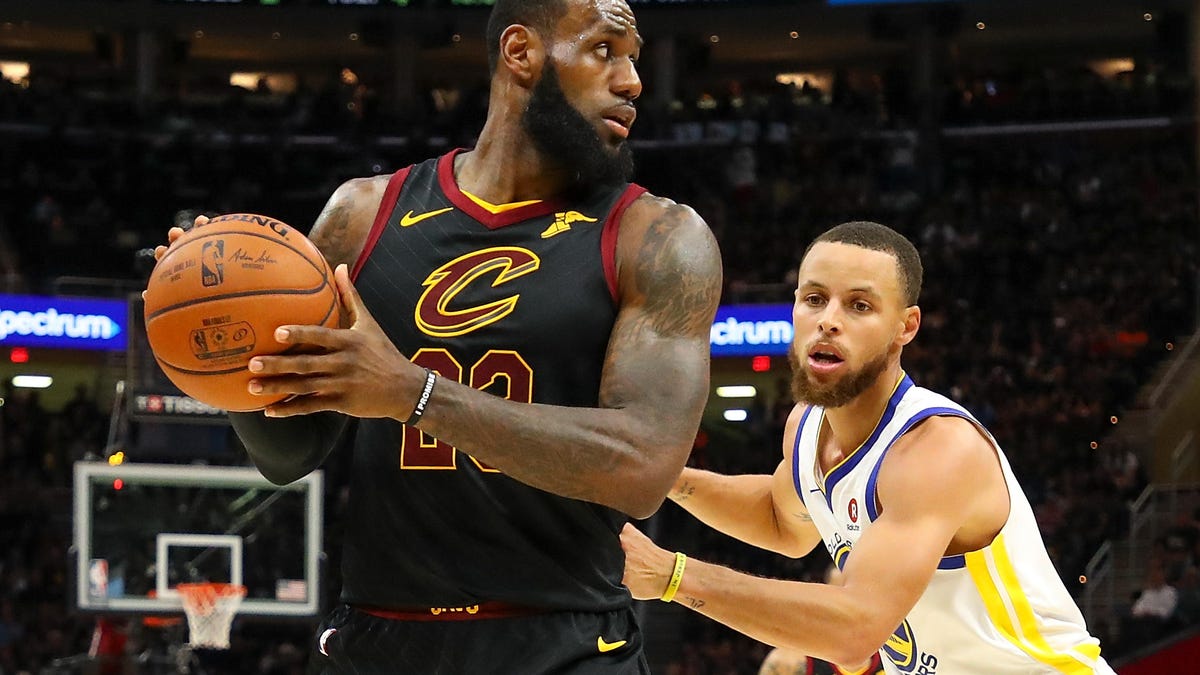 Is LeBron James going to be moving on to a new NBA team?
Gregory Shamus / Getty Images

Get out the brooms, we’ve got a sweep. The Golden State Warriors won Game 4 of the NBA Finals Friday night, beating the Cleveland Cavaliers 108-85 to claim their third championship in four years and sweep the finals 4-0.

The Warriors dominated the series. Steph Curry led them in Game 4 with 37 points. Kevin Durant helped out with a triple-double (20 points, 12 rebounds and 10 assists) and was named MVP of the finals for the second straight year (though some thought the award should’ve gone to Curry).

This game is so unfair pic.twitter.com/v4aO15fnC0

“All you gotta do is join a 73 win team and you can have some of these too baby”#NBAFinals pic.twitter.com/jXcfJlFOd1

Wanna know what it’s like in the BACK-TO-BACK CHAMPS locker room? 👀🍾🏆 pic.twitter.com/XMC418ajmR

Of course, a few tweets had to reference J.R. Smith’s colossal blunder from Game 1, when he apparently didn’t know the score at the end of regulation.

JR Smith is in the locker room right now asking LeBron who they play next.

James tried his best to drag his team to at least one victory, to no avail. And now that the series is over, the Ohio native may have played his last game in Cleveland. His future plans were the target of much social-media speculation.

It’s so quiet in Cleveland right now that you can hear a mouse urinate on LeBron’s moving truck keys.

Many guessed the L.A. Lakers will be his next team…

With his kid being linked to Sierra Canyon in LA, and after watching this video where he puts emphasis on his kids/family, it looks pretty much a done deal that #Lebron is going to sign with the @Lakers. #LABron

LeBron will go to the Lakers. The most money the NBA can make is a Lakers v Celtics final with LeBron vs Kyrie. That’s the end game. Calling it now.

The Lakers are now the betting favorites to sign LeBron James this summer.

Here are the latest odds from BetOnline:

…or the Houston Rockets…

Chris Bosh today, on LeBron. to Colin Cowherd: “I think he goes to Houston. It’s a star power league. It’s like the next Avengers movie.”

Hopefully the Cavs win the finals…. then Lebron should join Chris Paul with the Houston Rockets 😉

Houston takes down Golden State and there’s a Lebron vs Kyrie finals pic.twitter.com/E5QQRIurVe

…or the Philadelphia 76ers…

The more I think about it LeBron James will go to Philly next year. With Simmons and Embiid being Future Stars, LeBron will have his most talented team ever

He knows he won’t catch Jordan’s 6 Titles. But LeBron going to 10 straight NBA Finals might be more impressive pic.twitter.com/a6OIKETAKh

When you drop 49 points here, J.R. Smith won’t ruin it for you. #HereTheyCome

Waiting for LeBron to come to Philly like…. pic.twitter.com/ScG9xBbY0P

…or the Boston Celtics.

Lebron interested in joining the Celtics? What if him and Kyrie planned this all along, create some fake drama for Kyrie to leave to Boston then Lebron follows him a year later so they can get away from the Cavs and those awful contracts thus creating a super team Celtics pic.twitter.com/WC0PzB6m9P

From a purely basketball perspective, there is no team that offers LeBron a better chance at winning in the short and long term than the Celtics. @JonathanTjarks lays out how it could happen: https://t.co/xiC7NM21Kl

( via Stephen A. Smith ) pic.twitter.com/oyunuxu9v8

And for some, it just didn’t matter.

Wherever Lebron will be next year, then I’ll be there too #greatness #NBAFinals

There was also plenty of reaction to James announcing he hurt his hand punching a locker-room blackboard after Game 1 (yes, the J.R. Smith game) and “pretty much played the last three games with a broken hand.”

LeBron James suffered a significant right hand injury after Game 1 when he punched a black board in the locker room, sources told me & @mcten. He had 2 MRIs & has been wearing a soft cast. LeBron not using injury as an excuse but kept quiet to prevent Warriors from knowing.

Is “black board” a code name for JR Smith?

JR Smith watching LeBron punch the whiteboard after game 1 and realizing he might be next pic.twitter.com/mk6J8vCs9X

Pretty devastating scene in the Cavs locker room. LeBron, ice on his knees, feet in an ice bucket, right hand wrapped in ice and a towel over his head is slumped back in his chair. Everyone else quiet with 1000 yard stares.

Some are saying, “Why’s LeBron’s injury just coming to light now? This is just an EXCUSE!” The actual reason we’re learning of it now is because LeBron didn’t want to let the Warriors know he had a bone contusion in his hand! Like they needed another advantage/weakness to attack.

Gotta feel for Golden State Warriors… They win but my timeline and the headlines are full of @KingJames broken hand… Oh and where will he will go next. (Lakers BTW)
He is the story. Win or lose.#NBAFinals

The Warriors will hold their third victory parade in four years Tuesday at 11 a.m. PT in Oakland.

Trick your mind into thinking you went to a Warriors…

Tech Culture: From film and television to social media and games, here’s your place for the lighter side of tech.

Best TVs right now: The past year’s best sets, all in one place.