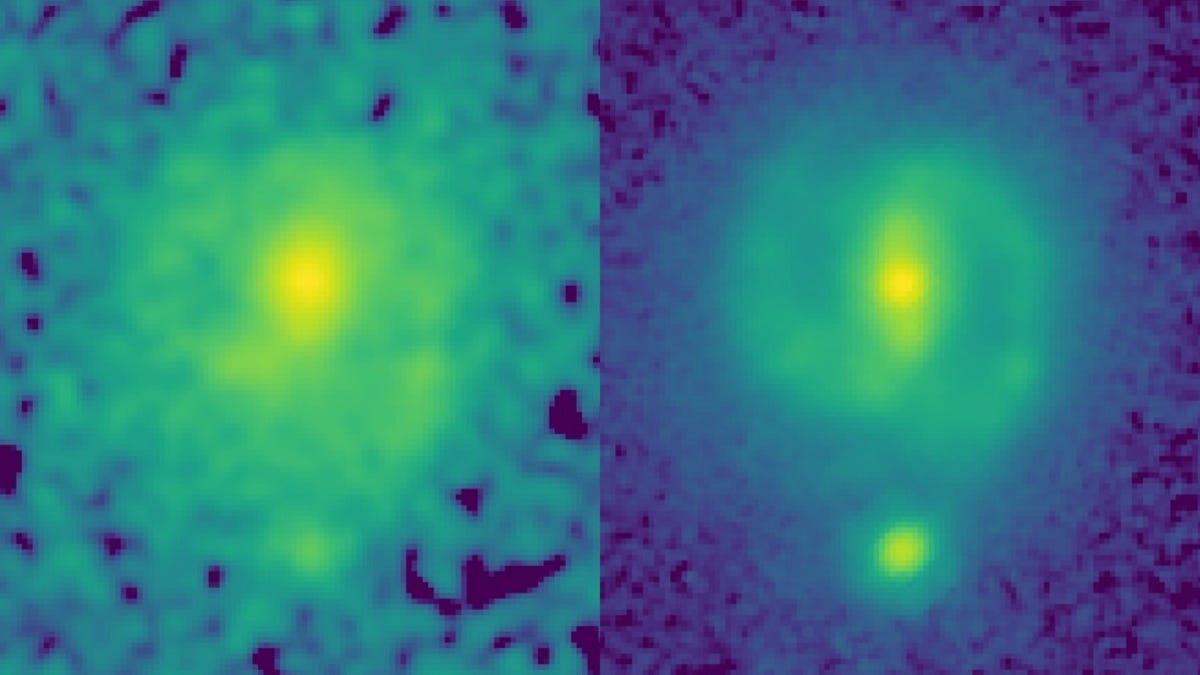 Hubble’s view (left) and Webb’s view (right) of barred spiral galaxy EGS-23205 as it was about 11 billion years ago.
NASA/CEERS/University of Texas at Austin

The James Webb Space Telescope can act like a time machine, peering into the universe’s past. New Webb images have revealed some hauntingly familiar sights from when the universe was just 25% of its current age: barred spiral galaxies much like our own.

NASA has described a galaxy’s bar as “a ribbon of stars and gas that slices across the nucleus, like the slash across a ‘no smoking’ sign.” Stellar bars act like pipelines, sending gas toward the center of galaxies to create new stars and feed the supermassive black holes that lurk there. Studies had suggested these types of galaxies were scarce in the earlier universe.

“The finding of so-called barred galaxies, similar to our Milky Way, this early in the universe will require astrophysicists to refine their theories of galaxy evolution,” the University of Texas at Austin said in a statement Thursday.

A team of astronomers led by UT Austin graduate student Yuchen “Kay” Guo has had a study on the galaxy findings accepted for publication in the The Astrophysical Journal Letters. The researchers identified two barred galaxies from 11 billion years ago, “existing farther back in time than any previously discovered.” The team also spotted four others from over 8 billion years ago. 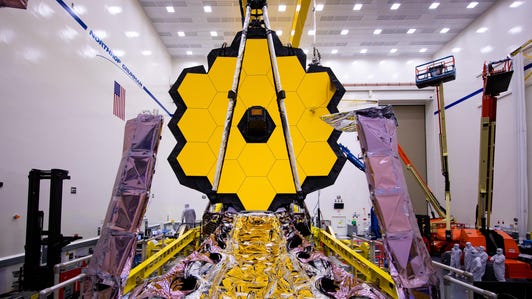 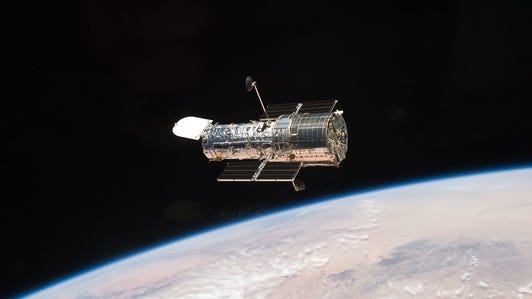 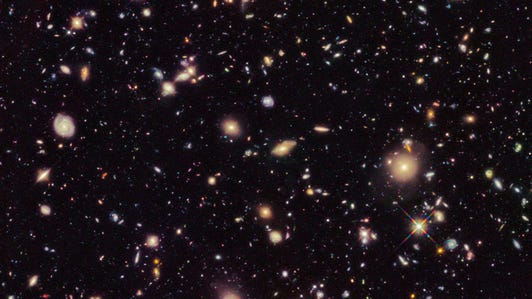 The Hubble Space Telescope had gazed at spiral galaxy EGS-23205 before, but Webb’s unique abilities allowed it to dial into details that had been missing from Hubble’s observation. The indistinct blobs seen by Hubble can now be resolved into galaxies that clearly resemble our own. JWST is a joint project from NASA, the European Space Agency and the Canadian Space Agency.

The discovery is an exciting one. “I took one look at these data, and I said, ‘We are dropping everything else!'” said UT Austin astronomer Shardha Jogee, a co-author of the study.

The study is a gateway to further science adventures. Next, the researchers will seek to better understand the abundance of barred galaxies in the young universe. This shows how Webb is helping to refine our understanding of the history of the universe and open new frontiers in astronomy.