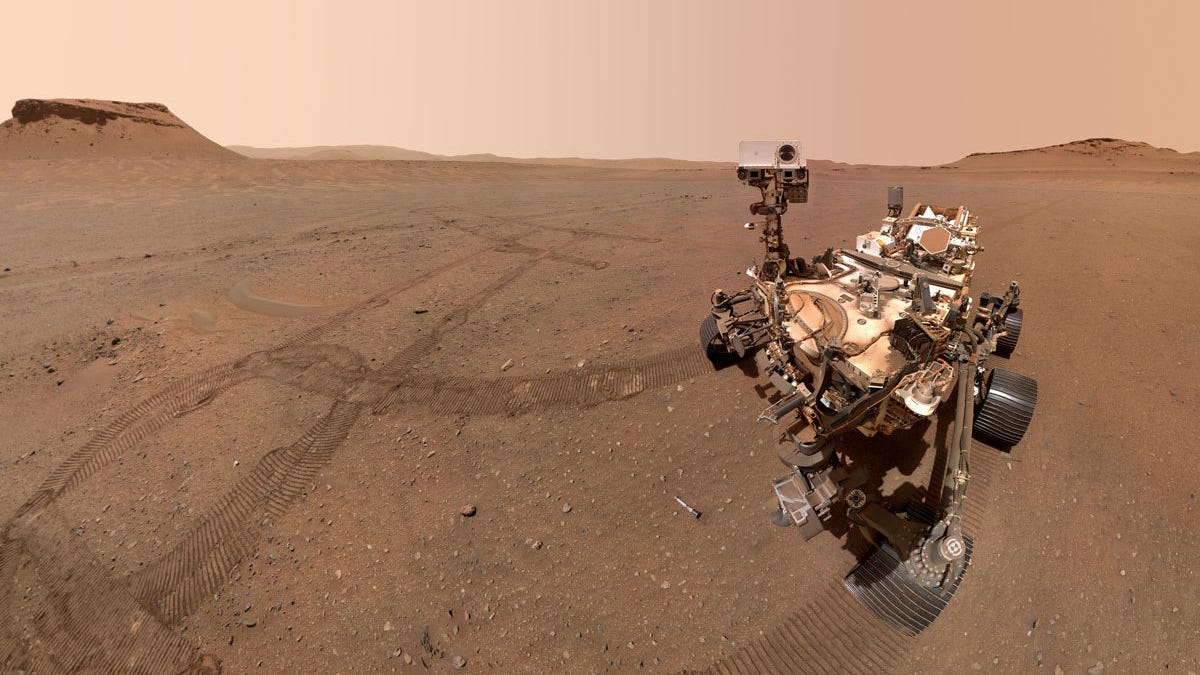 NASA’s official version of the January 2023 Perseverance selfie shows the rover posing with several sample tubes on the ground.
NASA/JPL-Caltech/MSSS

NASA’s Perseverance Mars rover has good reason to be proud. It’s almost done building the very first sample depot on another world by depositing a collection of tubes stuffed with rocks onto the Martian ground. To mark the occasion, the rover snapped a selfie featuring its sample tubes.

The rover selfie is made up of multiple images stitched together into a whole. The rover snapped the images on Jan. 22. NASA released an official version of the selfie on Tuesday, but image processors had already transformed the rover’s raw images into full selfies.

Amateur Astronomer Stuart Atkinson shared a processed selfie on Monday showing the rover looking down toward the Martian surface.

A new “selfie” taken by @NASAPersevere using its SHERLOC WATSON camera shows it looking down at one of the precious rock sample tubes it has left for a future mission to collect. The images were acquired on Jan. 22, 2023 (Sol 684). Image Credit: NASA/JPL-Caltech/S Atkinson pic.twitter.com/UC2FHlIir8

Engineer Kevin Gill posted his own version of the selfie on Tuesday with Percy’s “head” facing the camera.

Rover self-portraits are taken with the arm-mounted cameras with 59 individual photos taken and stitched together for this mosaic.

NASA challenged space fans to see how many sample tubes they could spot in the image. I was able to count three, but there might be a lot more. The one right in front of the rover was the ninth tube to be dropped. I contains a sample of volcanic igneous rock originally found near the rover’s landing site.

Building the depot started in December 2022 and has taken weeks. The depot is laid out in a specific pattern and involves 10 separate tubes that look like little Star Wars lightsaber handles. Most of the tubes contain small, chalk-size samples of Mars rocks collected in the Jezero Crater.

The depot is a backup plan for the future Mars Sample Return mission, a complex, multistage endeavor that’ll aim to pick up Percy’s samples and bring them back to Earth in the 2030s for closer study. NASA hopes the rover will be in good shape when MSR arrives, so it can deliver the samples itself. If not, then the mission will send a pair of small helicopters to the sample depot site to pick up the tubes left there. Percy has been collecting samples in pairs, so it can drop one and keep the other on board. 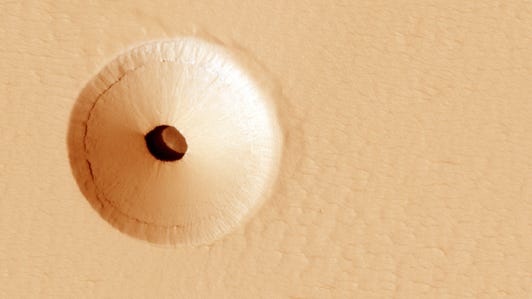 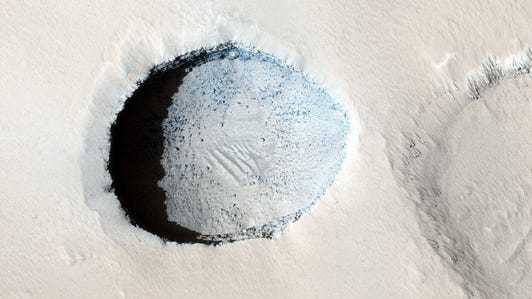 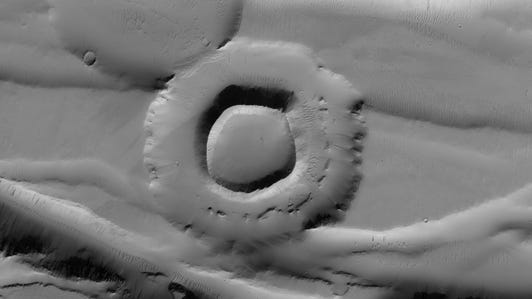 The Jezero Crater has an intriguing history of water and is home to an ancient river delta region. Rock samples from the delta area are particularly exciting. Scientists hope they’ll give us insights into whether the red planet once hosted microbial life.

It’s an exciting time to be a rover on the red planet, and the sample depot project is well worth a Martian selfie celebration. Looking good, Percy.