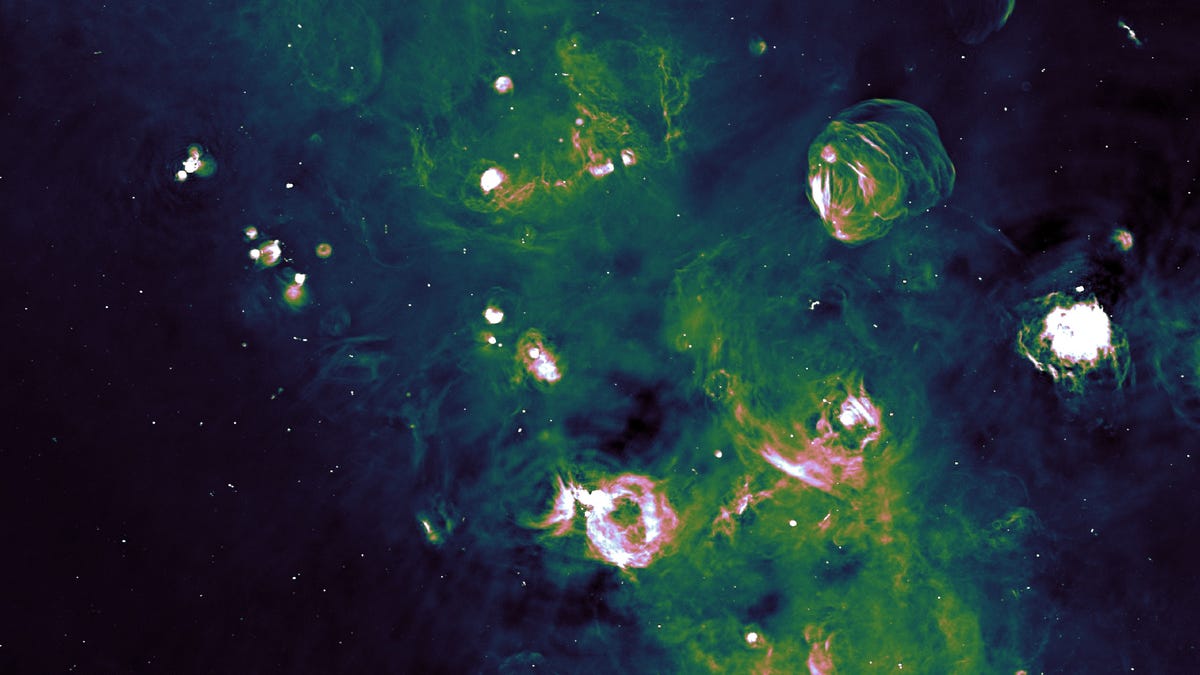 A combined image from Askap and Parkes shows bubbly looking supernova remnants that hadn’t been spotted before.
R. Kothes (NRC) and the Pegasus team

Our Milky Way galaxy contains lots of mysteries. One question astronomers have been puzzling over is: “Where are all the supernova remnants?” We may now have an answer, thanks to keen observations from a pair of radio telescopes in Australia.

In a statement on Monday, Macquarie University described the newly released Milky Way view as “the most detailed radio image yet of our galaxy.” The image — which shows areas of star birth and the aftermath of stars’ deaths — is a combination of observations from the Askap radio telescope and the Parkes radio telescope, both operated by CSIRO, Australia’s national science agency. 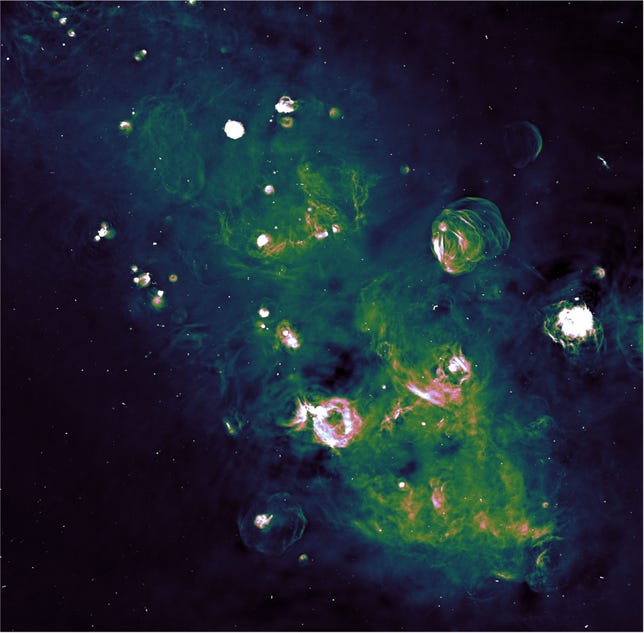 According to CSIRO, the full radio telescope image shows 28 supernovas. Only seven had been detected before.

A supernova is a spectacular explosion marking the end of a star’s life. Astronomers have made predictions about how many supernova remnants the Milky Way should have, but we haven’t yet spotted as many as expected. The radio telescope tag-team work is revealing where some of these previously hidden remnants have been hiding out.

Radio telescopes pick up on radio waves. Compare that with a telescope like Hubble, which primarily sees in visible light. Or with Webb, which uses infrared. They’re different ways of “seeing” the universe.

“This new picture showcases a region of the Milky Way, only visible to radio telescopes, where we can see extended emission associated with hydrogen gas filling the space between dying stars, related to the birth of new stars, and hot bubbles of gas called supernova remnants,” said Macquarie University astronomer Andrew Hopkins. The full image shows the remains of 28 supernovas. Only seven of those had been previously identified.

The new image is just the beginning of a bigger hunt for the faint ghosts of supernovas. “It is estimated that there may be about 1,500 more supernova remnants in the galaxy that astronomers haven’t discovered yet,” Hopkins said. “Finding the missing remnants will help us unlock more of an understanding of our galaxy and its history.”