R’Bonney Gabriel, the first Filipino American to win Miss USA, was crowned Miss Universe 2022 – but not everyone celebrated her big achievement.

While the show was airing from New Orleans, several critics on Twitter alleged the pageant was rigged, pointing out that JKN Global Group, which owns Miss Universe, also owned Miss USA. Some also claimed that the pageant was manipulated to favor the American contestant because it was held in the United States.

“You know, I have to be honest, it is very hurtful,” the 28-year-old told Fox News Digital. “It’s very disheartening because I have put my heart and soul into [it]. And I hope people can see that. However, in this competition, I know there [are] always rumors that can start. Sometimes I’m like, ‘It’s another day, another rumor,’ and you have to take it with a grain of salt. I’ve been through this before because I won Miss USA. That was in the public eye and there [were] rigging allegations proven false as well.” 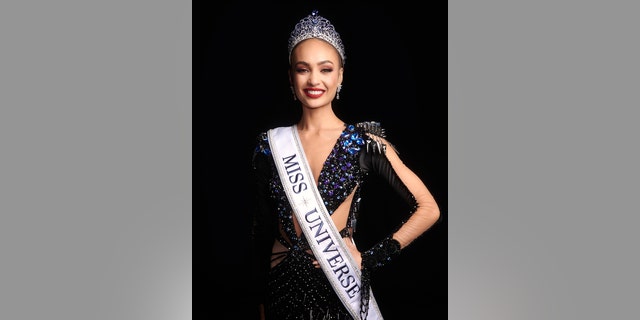 “I really learned to just kind of focus my energy inward,” she shared. “And I realized that at the end of the day, I have to be grateful for this opportunity. And I feel like the more successful you are, the more the world sees you. There will always be people that try to bring you down. But being in the public eye, I think this is a great opportunity to show resiliency and to just keep moving forward… I’m focused on my end goal. I’m focused on being successful and being positive in a world of negativity.”

“Saturday’s competition was the first time a trans woman addressed fans as the owner of Miss Universe,” the organization wrote in a statement obtained by Fox News Digital about transgender Thai businesswoman and JKN Global Group CEO Anne Jakrajutatip. 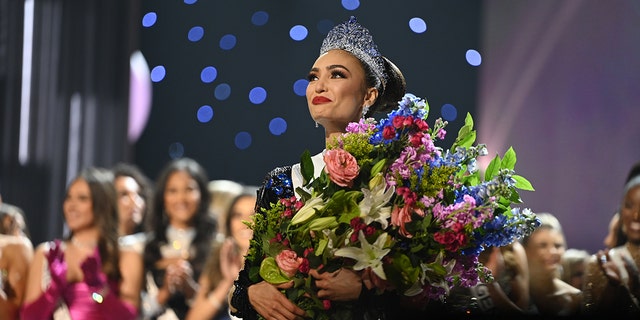 “It was also the first time a Filipina American took the crown,” the statement continued. “The false rigging allegations are absurd and distract from the incredible milestones our organization and the delegates experienced this weekend.”

“Instead of focusing on unfounded statements, we will continue to shine a light on global women’s empowerment, inclusiveness, diversity, and transformational leadership,” the organization concluded.

Gabriel, a fashion designer, model and sewing instructor is the first American to win since Olivia Culpo’s victory in 2012. According to the organization, she is a former high school volleyball player and a graduate of the University of North Texas. She is currently the CEO of her own sustainable clothing line. 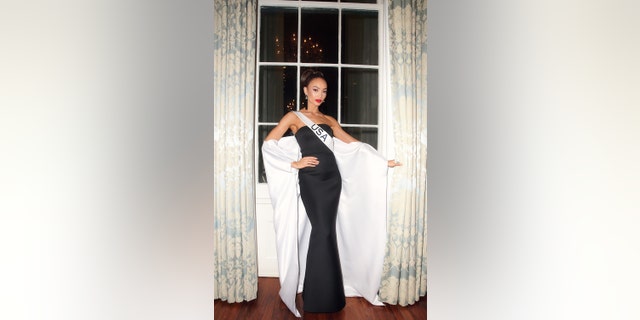 R’Bonney Gabriel, a graduate of the University of North Texas, is the CEO of her own sustainable clothing line.
(Tracy Nguyen)

Nearly 90 contestants from around the world took part in the competition. The runner-up was Miss Venezuela Amanda Dudamel, followed by Miss Dominican Republic Andreina Martinez. Last year’s winner was Harnaaz Sandhu of India. 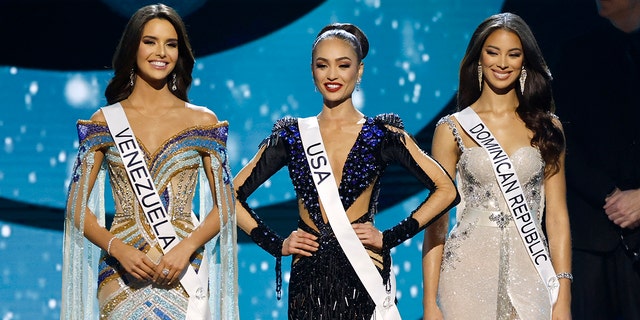 Gabriel said she hopes her win will inspire others to “achieve something that they thought was impossible.”

“When I first set out to train for Miss Universe, I actually lost in pageants four times in a row,” she explained. “I would get first runner-up… But I never gave up. And I think my formula for success is I really leaned on people that believed in me and would push me on days [when] I didn’t feel like it… I cut out a lot of distractions. I didn’t realize a lot was holding me back from reaching this goal… All my best friends were very understanding, but I gave up my social life.” 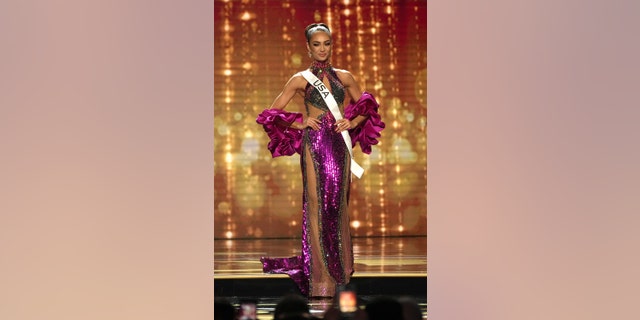 “There were a lot of times I wanted to give up, but I think the more you fail and the more you keep trying and applying yourself – you’re going to get closer and closer,” she continued. “I think anything good that’s worth fighting for doesn’t come easy. So on days that I wanted to give up… I’m a person of faith. And I always thought God is giving me this challenge for a reason. Every failure is an opportunity to analyze what I can do to be better the next time around. And it’s really about approaching failure in that way instead of letting it bring you down.”

Gabriel admitted she was “in disbelief” when the winner of Miss Universe was announced. For a moment, she was not sure if she heard correctly.

“I was asking myself, ‘Is it really me? Did I hear that right?’” she chuckled. “I just blacked out, and I wasn’t sure. It took me a few moments to realize that I was the winner. They finally came with the crown and sash… That’s when it all really started hitting me.” 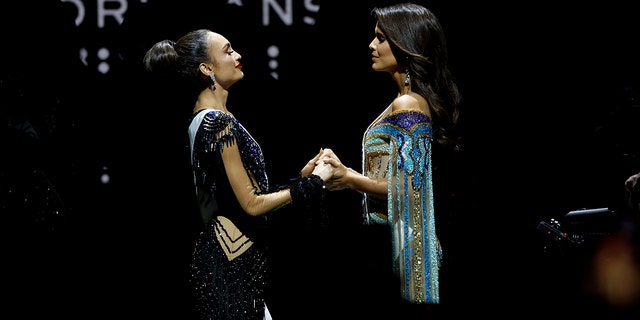 R’Bonney Gabriel closed her eyes and clasped hands with runner-up Miss Venezuela, Amanda Dudamel, at the moment of the dramatic reveal of the winner, then beamed after her name was announced.
(Jason Kempin/Getty Images)

Gabriel’s parents were in the audience cheering as the thumping music rang out and their daughter was draped in the winner’s sash. She said that her win was for them, as well as for other Asian Americans like her.

“I’m so proud because I feel like I’m a product of the American dream,” said Gabriel. “My father, he’s an immigrant from the Philippines. He came here with only $20 in his pocket and a college scholarship. He was able to pave the way for a successful life with a loving family… I’m just so thankful that America gives opportunities to people like that. And that is one of the main reasons I’m proud to be an American.”

Gabriel insisted that despite the glitz and glamour being celebrated on stage, preparing for the Miss Universe competition required serious dedication that is not for the faint of heart. She described “eating the same thing for the last two years” to stay in shape. 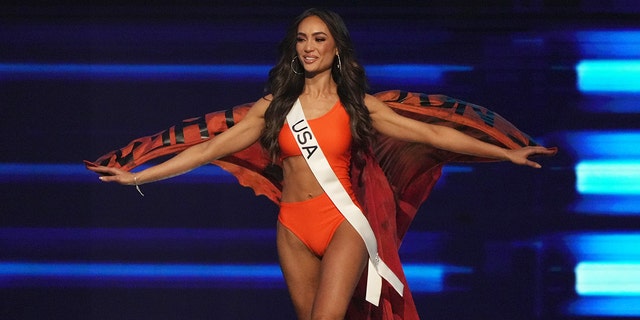 R’Bonney Gabriel said she ate the same thing for two years while preparing for the competition.
(Photo by Josh Brasted/Getty Images)

“Every day I have oatmeal and two eggs in the morning,” she described. “And then lunchtime is shrimp and green beans. And then there’s a snack in between. There are rice cakes – I always have rice cakes in my purse or my car… And then dinner is salmon and veggies. I stay consistent with that almost every day… Even when I was traveling somewhere, I would meal plan and bring [my food] on the plane in a big cooler.”

While Gabriel works with a trainer and lifts heavy weights to build muscle, contestants are known for using spray tans to appear glowing and toned.

“I use self-tanner, which is something that was kind of new to me before pageants,” Gabriel explained. “When you put a fake spray tan on, if you wash your body or if you shower, it comes off. So during the competition, it’s two weeks long. I get my spray tan right before I check in. I want to preserve it all the way until finals two weeks later. I only showered a few times, which is kind of gross If you think about it because we’re beauty queens. We’re supposed to be so clean and glamorous. But by the time finals come around, I feel so dirty because I’ve only showered a few times. I’m really trying to preserve my spray tan.” 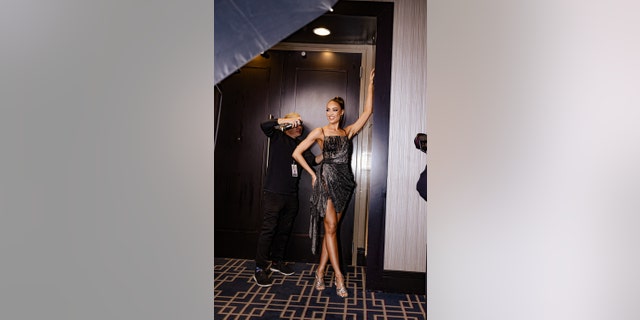 “It’s not the cutest I’ll say that,” she added about her bathtub.

However, every contestant has to expect the unexpected. For the competition, Gabriel teamed up with a Filipino artist to create her enormous “Woman on the Moon,” costume – one that quickly went viral.

“The memes are cracking me up,” she said. “I don’t like to take myself too seriously. I think it’s great that I made people laugh. I gave them something to talk about. I didn’t expect that. But when I went on stage, the costume was so heavy that I had to laugh at myself. I wanted to go big for this costume, but I don’t think I realized what I was getting myself into.” 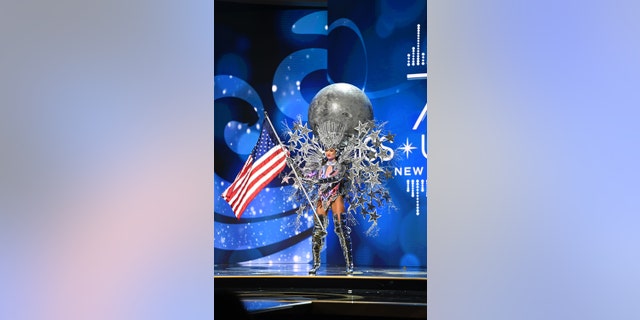 The National Costume Show is an international tradition where delegates display an authentic costume of choice that best represents the culture of their home country.
(Getty Images)

Gabriel suspected the piece weighed about 50 pounds. She wore it wearing heels.

“I wanted to be a little bit taller and I thought the heels were so cute,” she laughed. “So I said, ‘Let me just suffer through this.’… I couldn’t wear it for that long. I put it on right before I went on stage. And as soon as I got off stage, I was like, ‘Take this off!’”

At the last stage of the competition, Gabriel told judges she would use her title “to be a transformational leader” if she won. Gabriel cited her work in using recycled materials in her fashion designs, as well as teaching sewing to human trafficking and domestic violence survivors. 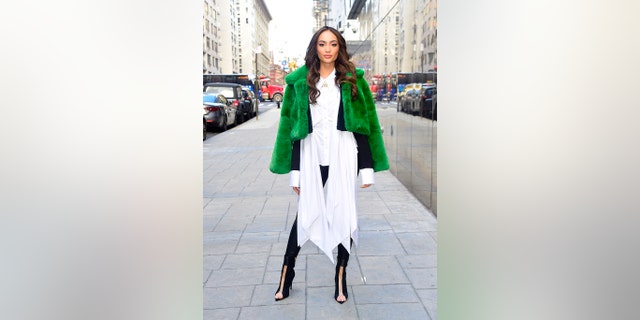 "I would use [my title] to be a transformational leader," R’Bonney Gabriel told judges. "It is so important to invest in others, invest in our community and use your unique talent to make a difference."
(Photo by Raymond Hall/GC Images)

“I’m just so thankful that I’m here,” said Gabriel. “I hope this story inspires other people to realize they can do it, too. Just go for it and own who you are. There’s beauty in that.”

Fox News Digital’s Ashley Hume and The Associated Press contributed to this report.