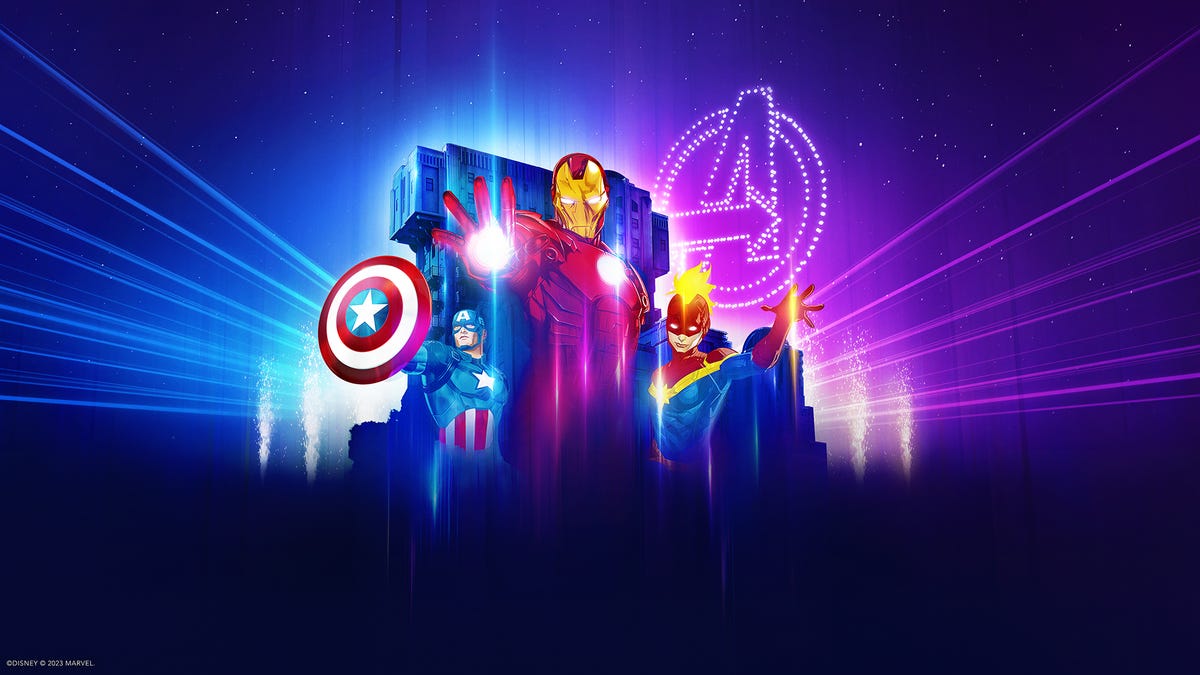 Marvel is getting a drone lightshow in France’s Disney Park.
Disney Parks

Marvel fans might want to check out the evening skies at Disneyland Paris in the coming months, with exclusive nighttime show “Avengers: Power the Night” bringing some superhero action to the end of the day.

The lightshow, which runs daily Jan. 28 to May 8, employs 500 drones to project images of Captain America, Captain Marvel, Iron Man, Hulk, Scarlet Witch, Shang-Chi and other heroes onto the Tower of Terror in Walt Disney Studios Park (the French counterpart of Disney World’s Hollywood Studios).

The imagery is backed by music, lights and pyrotechnic effects that recreate the Marvel Cinematic Universe vibe. Its soundtrack will be made of iconic scores reorchestrated at the Abbey Road Studios in London.

Its US counterpart, in Disney California Adventure, includes the rides Guardians of the Galaxy: Mission Breakout and Web Slingers: A Spider-Man Adventure (there’s also Guardians of the Galaxy: Cosmic Rewind in Disney World’s Epcot park). An upcoming expansion will add  a Multiverse-themed ride that’ll take you into an alternate reality where the supervillain Thanos triumphed.

The Avengers lightshow will be part of the finale for Disneyland Paris 30th anniversary celebrations. The first drone show happened when the company kicked off its milestone festivities last April, according to AV Magazine, with the “Disney D-Light” show projecting a giant outline of Mickey Mouse’s ears peering round the main park’s Sleeping Beauty castle. That show will return on April 12, Disney said Wednesday.

Last year, the company told the Orange County Register it was exploring the possibility of bringing the drone show to US parks. Disney Springs in Florida ran a similar show for its 2016 holiday season, but they aren’t a regular occurrence. 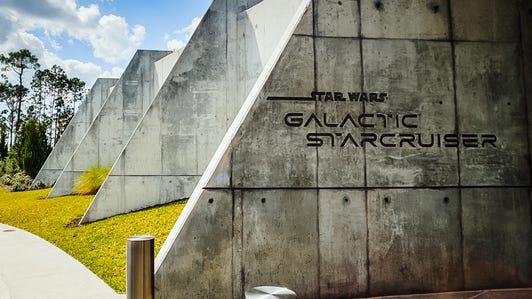 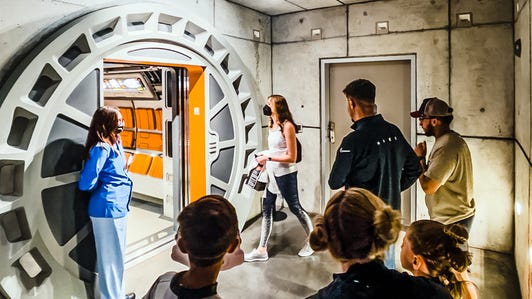 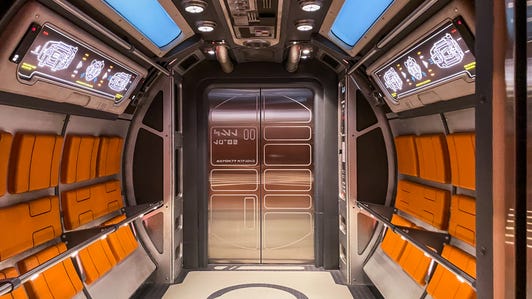 I Lost My Mind on Guardians of the Galaxy Roller Coaster