Thousands of pro-life Americans rallied in Washington, D.C., Friday for the 50th annual March for Life, where they demanded government enforcement of abortion bans and support for pregnant women in need.

Attendees like Anne and Randy McDonald from Dallas, Texas, celebrated the overturning of Roe v. Wade in the first march since the Supreme Court decision in Dobbs v. Jackson Women’s Health Organization last year that gave states the authority to regulate abortion.

The McDonalds attended the march with their newborn child, Virginia Grace, and Randy’s mother Arcy. Anne McDonald said that while Texas only allows abortions through the first six weeks of pregnancy, she was told while 15 weeks pregnant at a hospital last year that she should get a fetal diagnosis to “examine her options” if there are any complications with the baby.

PRO-LIFERS RALLY AT THE 50TH ANNUAL MARCH FOR LIFE 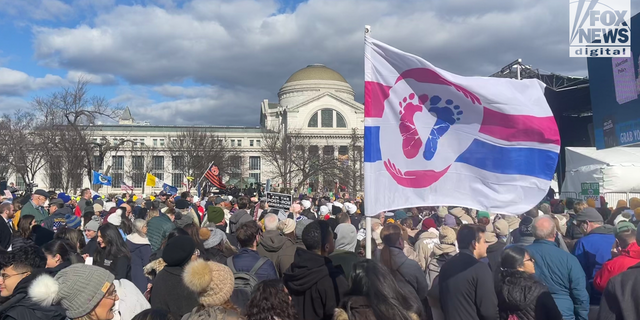 Thousands of people gathered on the National Mall on Friday for the first time since Roe v. Wade was overturned in June.
(Fox News)

“I was pretty shocked, honestly,” she told Fox News Digital. “I was being counseled on whether you want to get an abortion instead or whether you want to get help or counseling. In Dallas, they are not enforcing the ban. The executive branch needs to step up and actually enforce the law. I’d like to see police do what they’re supposed to do under the law instead of just ignoring it.”

It was revealed later that their child, Virginia Grace, has Down syndrome.

“A child born with genetic orders is a blessing, and they bring joy,” Arcy told Fox News Digital. “And she has brought joy to our family from the beginning. She is my seventh grandchild, and she is just so loved.” 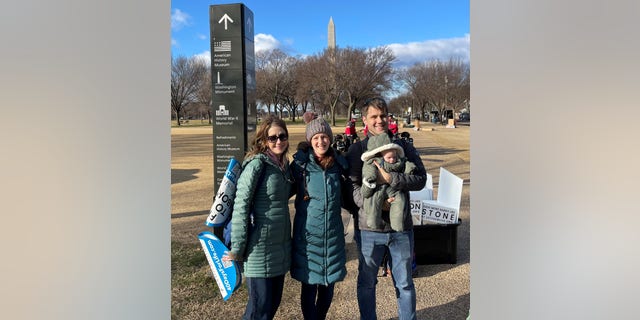 The McDonald family traveled from Dallas, Texas, to the March for Life in Washington, D.C., with their newborn, Virginia Grace, who has Down syndrome.
(Fox News Digital)

“Every mom’s situation is different,” Mildner told Fox News Digital at the rally. “We need to love them with our resources, our money, but also with our whole lives. Pregnancies are hard and being a mother is hard. The goal is to completely change the culture around motherhood and to see how beautiful it is.”

Since the Supreme Court’s decision, 13 states have passed bans on abortion with only limited exceptions. One state allows abortions in the first six weeks, and four others allow them from 15 to 18 weeks. But marchers said the overturning of Roe is only the beginning for the pro-life movement, which aims to put an end to abortion nationwide.

BEN WATSON ON FIRST MARCH FOR LIFE SINCE OVERTURNING ROE: ‘STILL WORK TO BE DONE’

Gina Tomes is the family life director for Bethlehem Home, which gives mothers in need overnight shelter, food and day-to-day care before and after they deliver their children. Tomes said elected pro-life leaders must work to provide government resources for groups who work to assist mothers in need.

“Through the intervention in a woman’s life by just surrounding her with the proper care and love and services — it changes their life,” Tomes told Fox News Digital. “Every little bit helps in strategic planning for their future and foundation. We have seen miracles happen on a daily basis. We work with women that overcome addiction, we end homelessness, we are poverty fighters. By choosing life, that is all possible.” 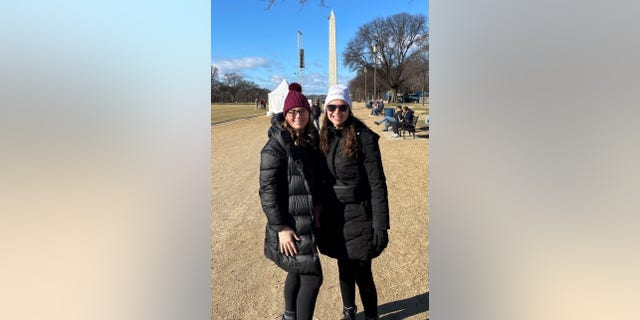 Jessica Bernet (right) said she wants to see a renewed pro-life movement to encourage more men to speak up and stand up for life.
(Fox News Digital)

Jessica Bernet, 21, is a college student who traveled to the march from Pennsylvania. She said she wants to see a renewed pro-life movement to encourage more men to speak up and stand up for life.

“I’d like to hear more from the pro-life march to call on men and include men in the conversation,” Bernet told Fox News Digital. “I think it’s really important that fathers and grandfathers speak up for the truth and lead us in the right direction.” 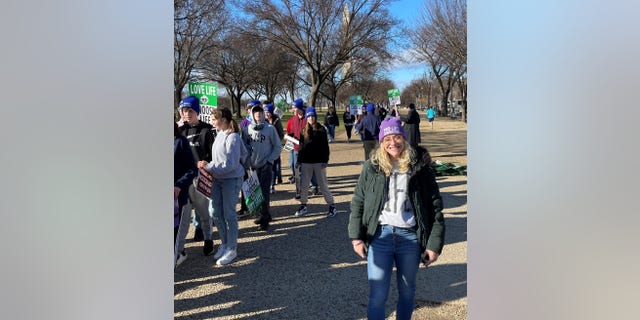 Jamie Scherdin, the Ohio director for Students for Life of America, said her generation of young people are the key to making abortion unthinkable.
(Fox News Digital)

Pro-life leaders and march attendees made clear the end goal of their movement is to abolish abortion. Jamie Scherdin, the Ohio director for Students for Life of America, said her generation of young people are the key to making abortion unthinkable.

“We have such a big victory to celebrate, but we’re not even close to being done,” Scherdin told Fox News Digital. “The reversal of Roe is only a part of our legacy. Our legacy will be ending abortion in this lifetime. And we need to carry that momentum back to every state to make sure that we have protection at conception everywhere. We’re the generation that reversed Roe, and we’re the generation that is going to end abortion.”