Lunar New Year 2023: What the Year of the Rabbit Symbolizes 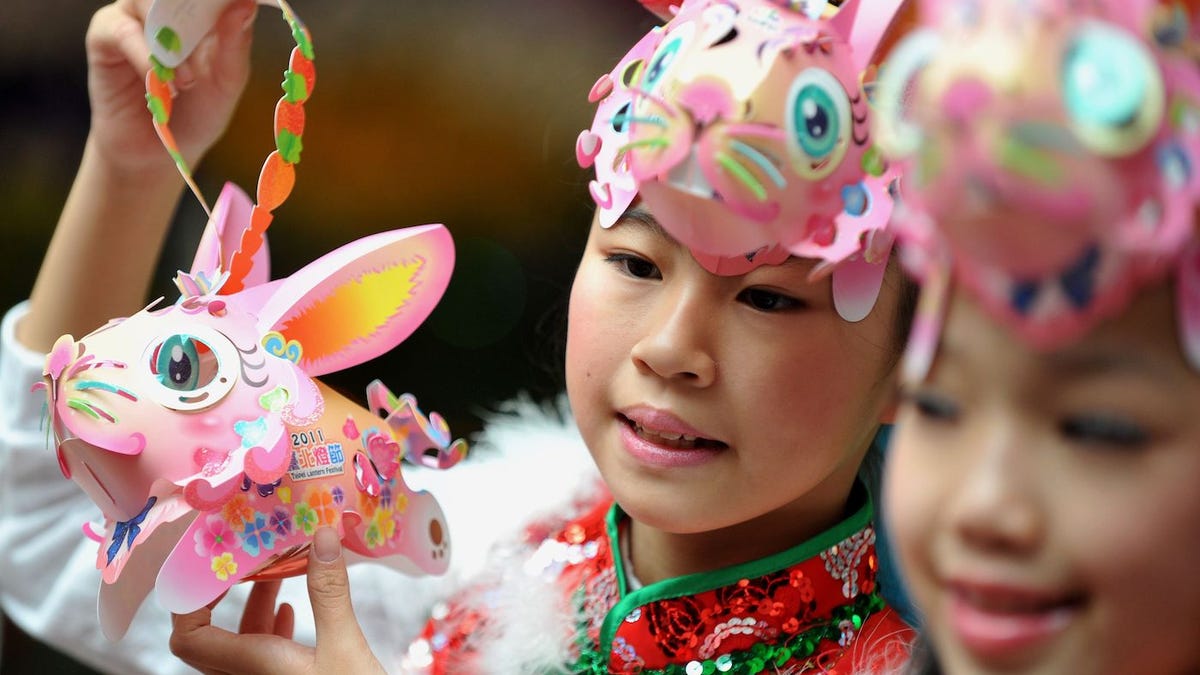 Jan. 22 heralds the arrival of the Year of the Rabbit.
Patrick Lin/Getty Images

Lunar New Year, also known as the Chinese New Year or the Spring Festival, is Sunday, when Asian communities around the world will say farewell to the Year of the Tiger and usher in the Year of the Rabbit.

Traditionally the celebration is marked by family reunions, parades and fireworks.

According to one legend, a monster would emerge from under the Earth at the start of every year and eat villagers. Since the beast, Nian (Chinese for “year”), was afraid of bright lights, loud noises and the color red, they were used to exile the beast.

But more than just the beginning of a new calendar cycle, Lunar New Year symbolizes reunion and rebirth, marking the end of winter and the start of spring.

Here’s everything you need to know, including important dates and rituals, what the Year of the Rabbit symbolizes and what’s going on with efforts to make Lunar New Year a US holiday.

Many Asian communities historically follow a lunisolar calendar, in which the months are lunar but the years follow the Western solar calendar. Lunar New Year falls on a different day on the Gregorian calendar every year: In 2023, Lunar New Year’s Eve is Jan. 21 and the new year begins Jan. 22.

Though New Year celebrations often start the weekend before and can continue for weeks after, only the first 15 days are considered public holidays.

The Lantern Festival is held on the first full moon of the year to mark the end of the New Year season. In 2023, it falls on Feb. 5.

What animal is being celebrated this year? 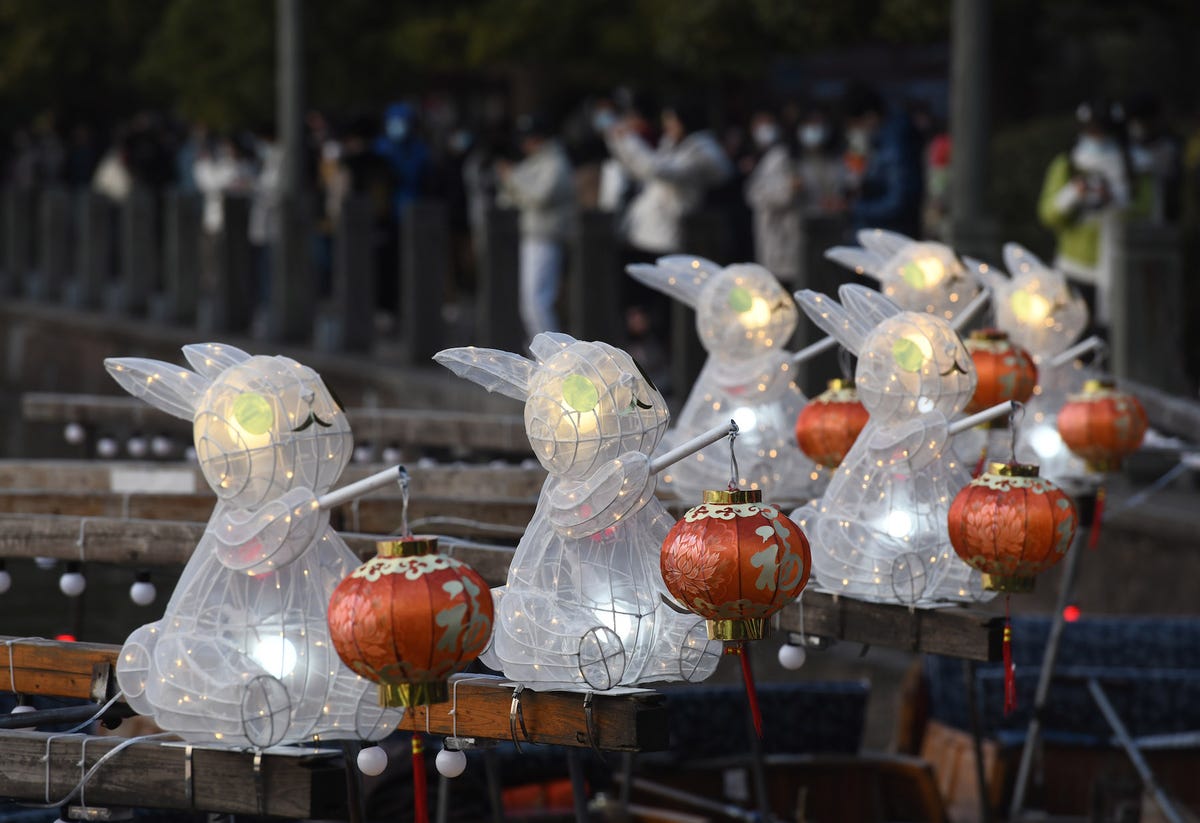 The Chinese calendar operates on a 12-year cycle, with each year linked to one of a dozen animals: rat, ox, tiger, rabbit, dragon, snake, horse, goat, monkey, rooster, dog and pig.

The year 2023 in the Gregorian calendar is designated the Year of the Rabbit.

The rabbit is the fourth animal in the Chinese zodiac and symbolizes grace, beauty, mercy and good luck. Rabbits are also associated with the moon, because of the mythical Jade Rabbit who lives there.

In addition to the 12 zodiac animals, the lunar calendar is also based around a cycle of 10 “heavenly stems,” each of which represents one of the five elements of Taoism: fire, earth, water, wood and metal. So 2022 was technically the Year of the Water Tiger, and 2023 is the Year of the Water Rabbit.

People born in Water years are said to be creative, sensitive and reflective.

James To of the New Zealand Chinese Association told Stuff that those born in the Year of the Water Rabbit are adept at diplomacy and negotiation.

What does the Year of the Rabbit symbolize?

Rabbits symbolize peace and relaxation, so we can expect a calm 2023, cross-cultural communications strategist Dottie Li told Seventeen. “Because of the rabbit’s characteristics, we can expect relaxation, fluidity, quietness and contemplation.”

People born in the Year of the Rabbit are said to be peaceful, as well — avoiding arguments, criticism and change.

According to the Chinese Language Institute, rabbits are also viewed as highly intelligent and tenacious, but they can fall prey to jealousy and pessimism.

How is the Lunar New Year celebrated? 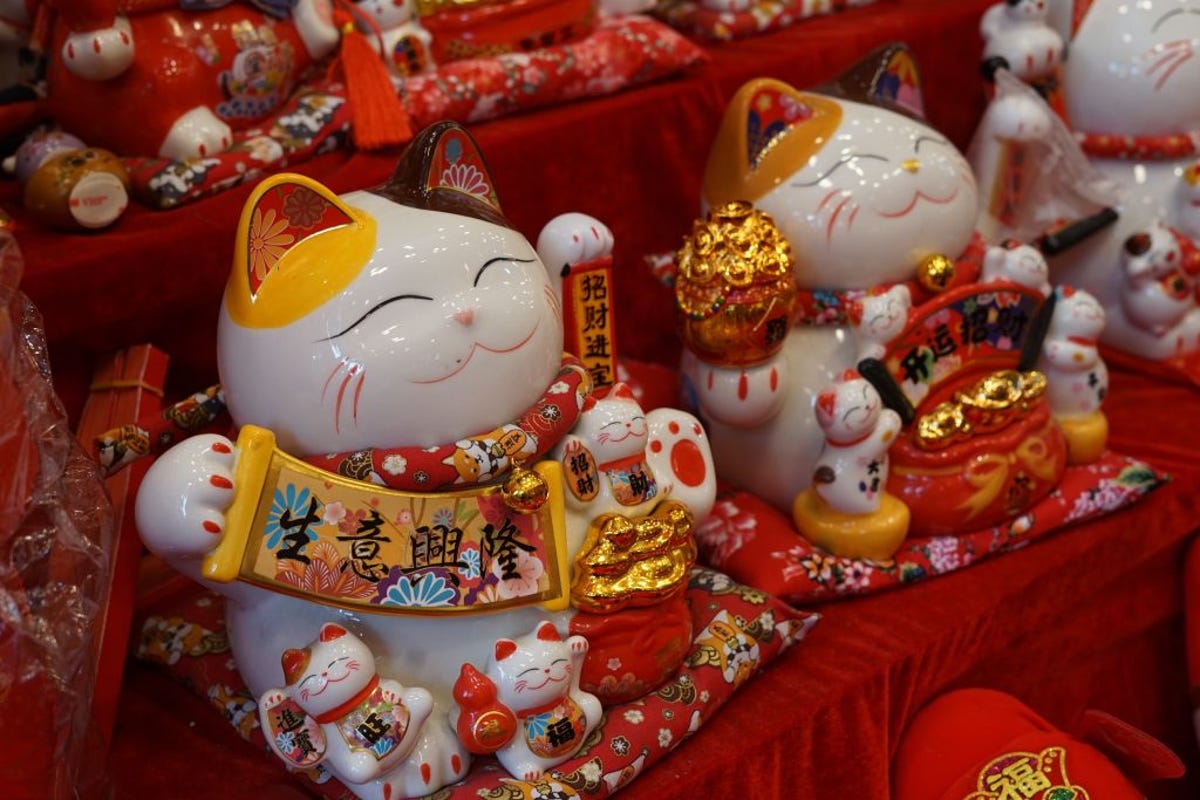 In Vietnam, it’s the Year of the Cat

But different communities have distinct ways of ringing in the new year: In Korea, the first day of the Chinese lunisolar calendar is Seollal, when families exchange gifts and dine on rice cake soup and savory pancakes.

In Vietnam, where Lunar New Year is called Tết, Jan. 22 is actually the start of the Year of the Cat. Participants enjoy special foods like Thịt Kho trứng (braised pork with duck eggs) and decorate yellow apricot blossoms and other plants.

Americans are typically most familiar with Chinese New Year celebrations, with dragon parades, boat races and fireworks. The Lantern Festival at the end of the New Year season includes paper lanterns and treats like tangyuan, a dessert of gooey rice balls.

Could Lunar New Year become a US holiday?

It’s a possibility, though not a likely one for the moment. In early 2022, Rep. Grace Meng, a Democrat from New York, sponsored a bill that would have made Lunar New Year the first new federal holiday since President Joe Biden signed a bill recognizing Juneteenth in June 2021.

“With Asian Americans the fastest growing population in our country, and with the popularity of the holiday continuing to grow, it makes sense to make Lunar New Year a federal holiday,” Meng, vice chair of the Congressional Asian Pacific American Caucus, said at the time.

The measure never advanced, but Meng’s office said she plans to reintroduce it this year.

“I am immensely proud of the richness of diversity and backgrounds represented in our state and understand the importance of wanting to see one’s own experience reflected in state holidays,” Newsom said at the time.