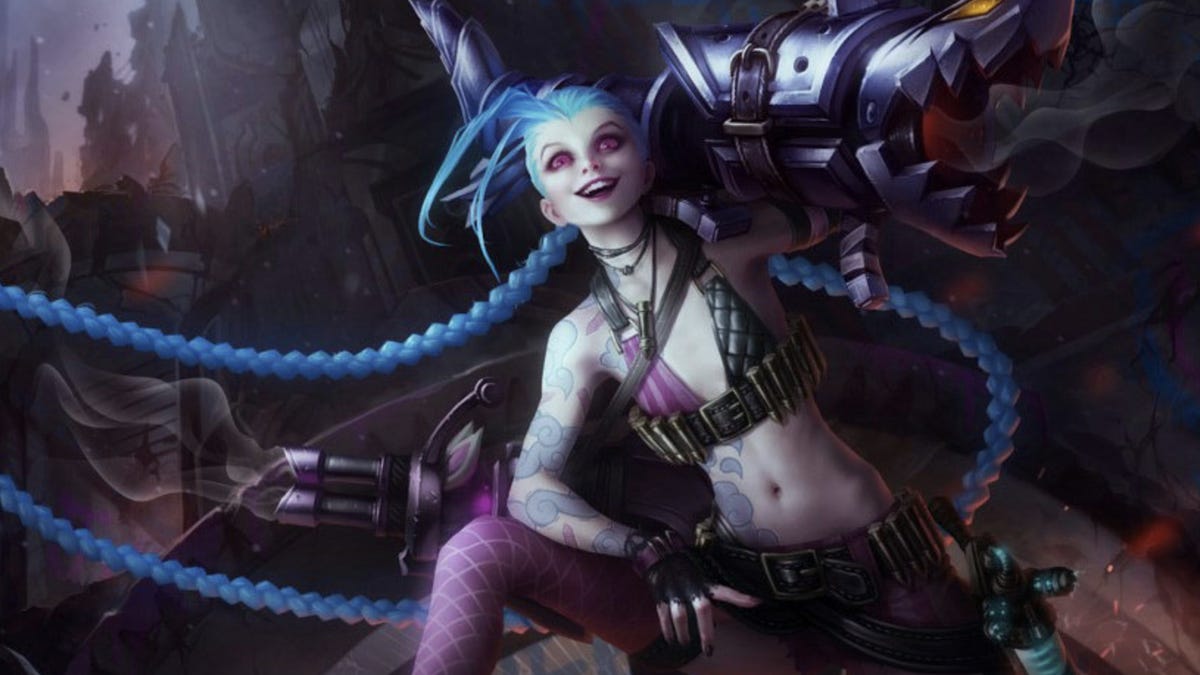 If you’ve been wanting to jump into League of Legends, here’s your excuse.
Riot Games

If you’ve been interested in trying League of Legends but were put off by the thought of having to unlock 160-plus characters, Microsoft has great news for you. The wildly popular multiplayer online battle arena is now on Xbox Game Pass. It’s a behemoth of a partnership: League has been around since 2009, has spawned an unbelievably successful esports scene and has even been turned into a Netflix animated series. And Xbox Game Pass Ultimate is CNET’s pick for the best deal in gaming. This new partnership makes that already great deal even better.

The presence of League (and Riot Games’ other titles, like Valorant and Legends of Runeterra) in Game Pass isn’t a huge deal in itself. League of Legends is free to play, so you don’t save money by getting access to the game through Game Pass. You do, however, get access to every single League of Legends champion for free for as long as you keep your Game Pass subscription.

I did the math: There are currently 162 champions in League. They cost, on average, about $6.50 to unlock. That means you’d save more than $1,000 with Game Pass, compared with paying to unlock each champion individually. For context, that would pay for more than five years of Game Pass Ultimate. You’ll also immediately unlock new champions when they’re released, typically about five times per year.

A few caveats worth mentioning: First, paying for champions isn’t the only way to unlock them — the game lets you unlock champions for free over time. You can pick one of five champions immediately after completing the tutorial. After that, you can complete daily missions to acquire five additional champs, picking one character per day from a selection of three. Players can also use Blue Essence, which you acquire just by leveling up and earning the first win of the day, and they can earn Champion Shards to reduce the amount of Blue Essence needed. So you can unlock the whole roster without paying for champions — just very slowly over time.

Second, Game Pass technically doesn’t grant you ownership of all 162 champions, according to Riot’s FAQ. It unlocks them for play, but the game doesn’t consider you an owner, which means you won’t be able to buy skins for the champions you’ve only unlocked with Xbox Game Pass. You’ll still need to buy the champion if you want to buy skins (using paid Riot Points or free Blue Essence). Champions and other content that you’ve unlocked with Game Pass will have a special indicator as a differentiator from content you own. 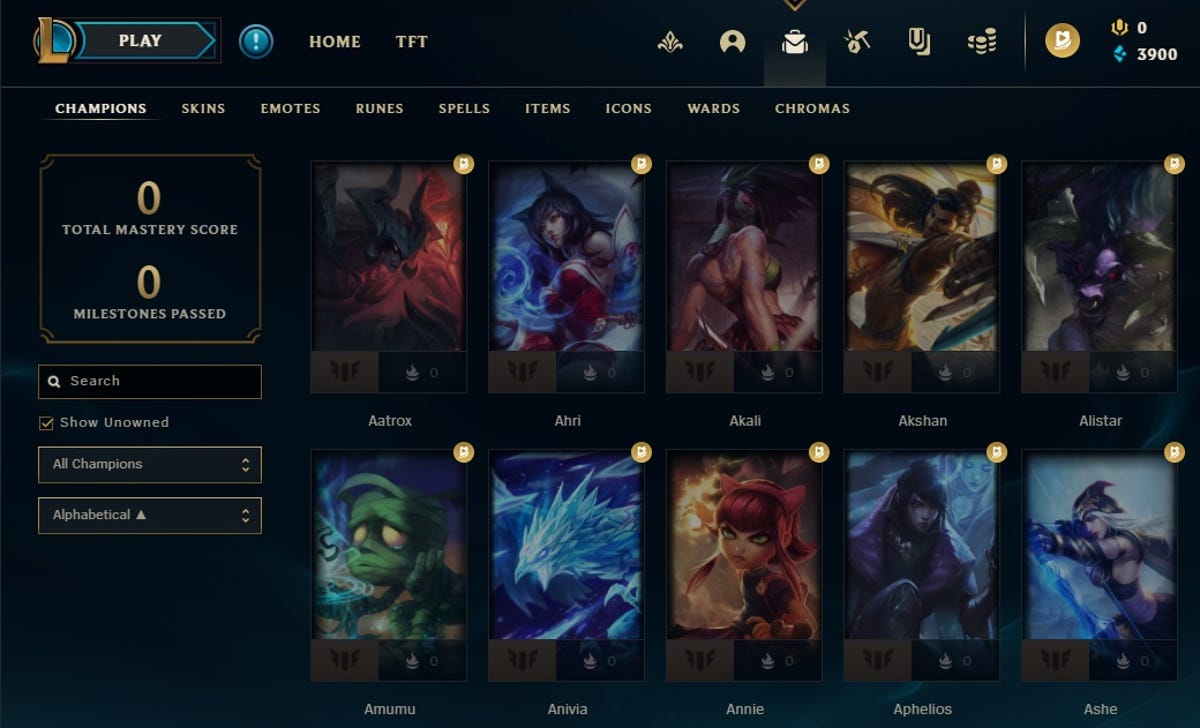 The icon in the top-right corner of each portrait indicates the champion is available through Game Pass, but it isn’t considered an “owned champion.” 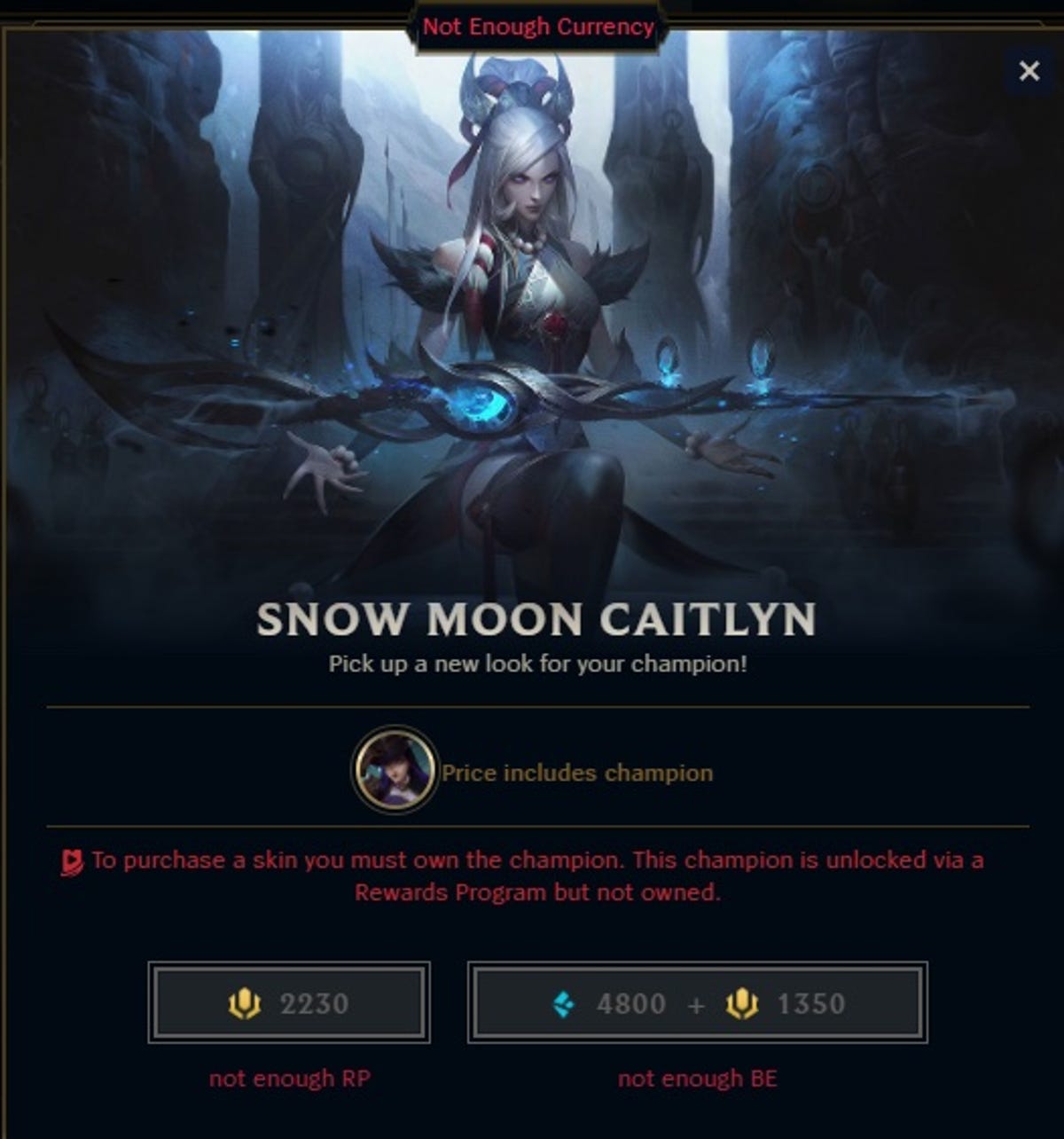 If you try to buy a skin for a champion you’ve unlocked but don’t fully own, you’ll get a notification.

That means if you end your Xbox Game Pass subscription, or if the partnership dissolves in the future, you’ll no longer have access to the champions you’ve only unlocked through Game Pass. But champions you acquired through the new player missions or bought with blue essence or Riot Points will still be available to you.

Still, this partnership is a steal if you’re new to League of Legends or Valorant, especially if you already have Game Pass. (Valorant agents can also be unlocked for free over time but cost $10 to unlock immediately. Players will save about $140 compared with paying to unlock new agents, not to mention future ones.) You’ll have the ability to try out new champs and agents at will, and still have the ability to permanently “buy” the ones you really like for free, just by playing the game.

You can link your Riot account to your Xbox profile by going to the Xbox sign-in page and signing in to both your Xbox and Riot accounts. If you already have Game Pass, you should get a notification when you sign in to the game once the content has been unlocked. Riot says this process may take up to 24 hours.

If you aren’t already subscribed, Xbox Game Pass for PC costs $10 per month, and Xbox Game Pass Ultimate, which combines the console and PC passes and also includes cloud gaming, costs $15 per month.