Is It Finally Time for a Touchscreen MacBook? 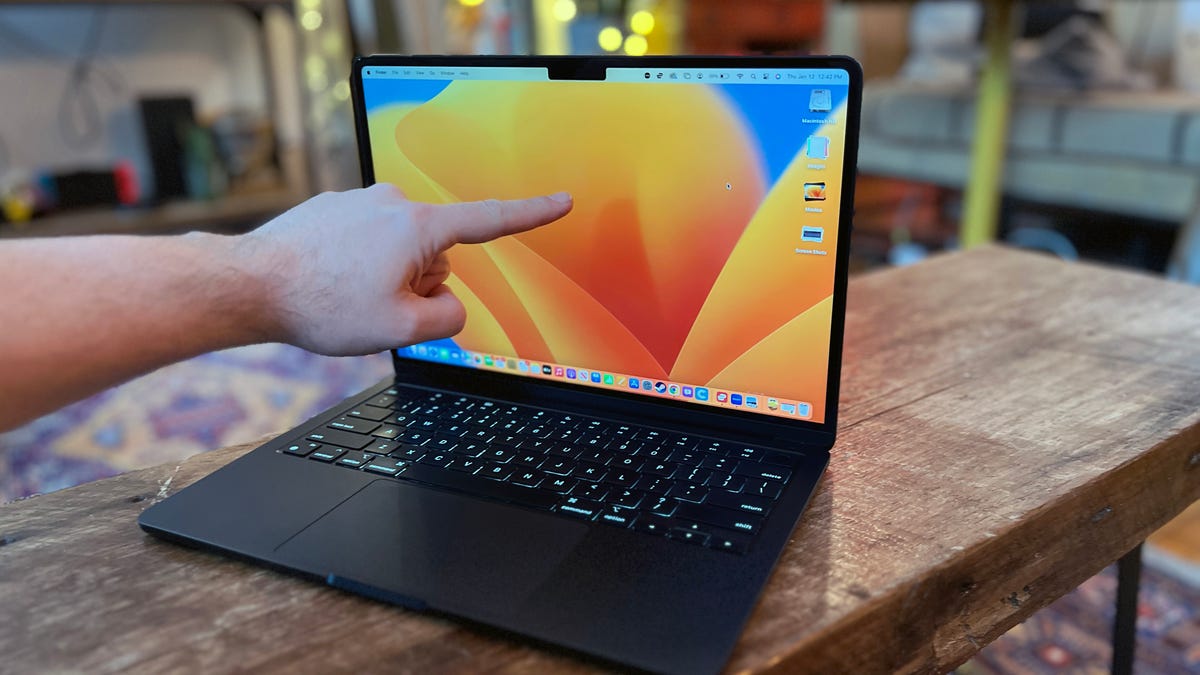 After years of vociferously denying it was a possibility, Apple’s MacBook laptops may add touchscreens as soon as 2025, according to a report from Bloomberg. But what does that mean for both current MacBook and Windows laptop owners, and people who may be thinking about switching from one platform to the other?

The topic is one I revisit regularly, most recently in the summer of 2022, when I asked, “why don’t MacBooks have touchscreens?” One of my primary answers has always been “Because Apple wants you to feel like you should buy a MacBook and an iPad to get the full Apple experience.”

But if the new reports are true, it’s a major about-face on a topic that has long been one of the main fault lines between the iPad and the Mac. That long dance between iPads and MacBooks is something we’ve been thinking about for many years, and we’ve written about the convergence of features and software as far back as 2010.

Over the years, we’ve taken to calling it a grand unified theory of Apple operating systems, and the idea is that over time, iPads would add more Mac-like features (or more computer-like features), and Macs, especially MacBooks, would add features from the iPad side. In fact, that’s already started to happen.

After all, add an (expensive) keyboard case to an iPad, and you have something that looks and feels very much like a clamshell laptop. That’s especially true now that iPads can use a mouse or trackpad and multitask in a more computer-like way than they used to.

We first asked for this 12 years ago

My colleague Scott Stein started calling for that convergence as far back as 2010, suggesting that, “it would make a lot of sense for iMacs and MacBooks to be able to launch a touch-optimized iOS mode that would use the already multitouch-ready iPad/iPhone software to its advantage.”

That same year, I asked if the then-new touchscreen iPad should be “considered a computer?” and later revisited the same question for the iPad’s 10th anniversary in 2020. In that sense, Apple has made a touchscreen computer for many years already, and adding that iPad feature to the MacBook line isn’t all that outrageous an idea.

The main argument against touchscreen Macs has long been, as Steven Jobs once said, “after a short period of time, you start to fatigue, and after an extended period of time, your arm wants to fall off. it doesn’t work, it’s ergonomically terrible.” 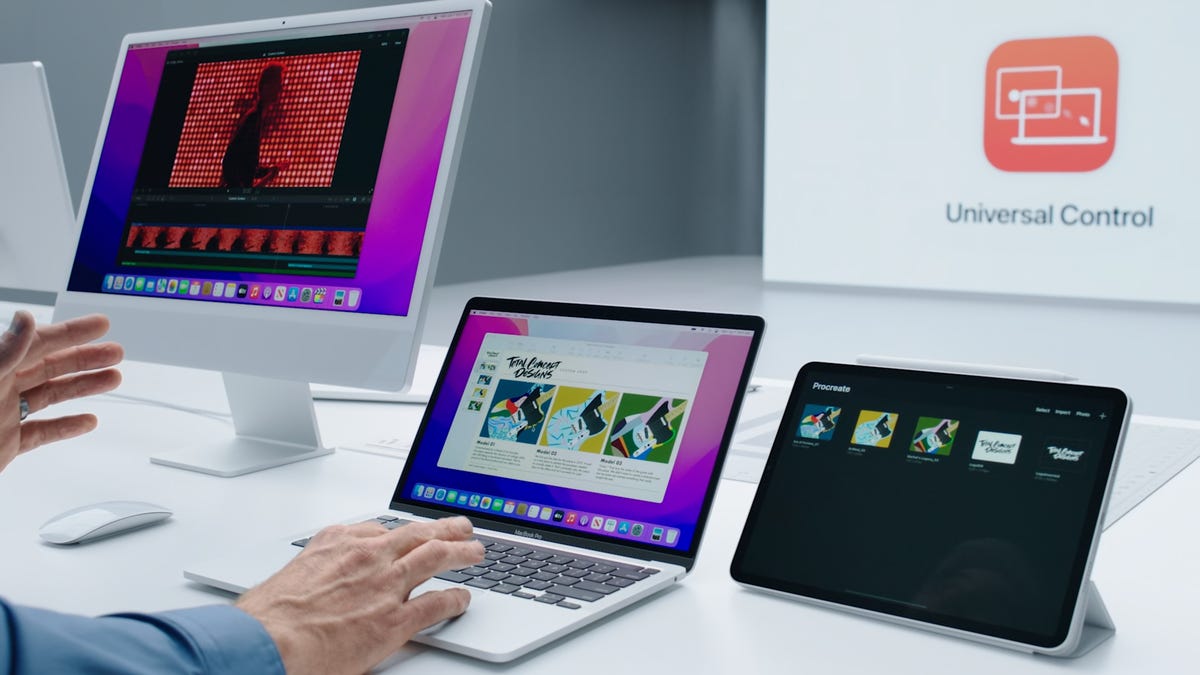 Macs and iPads, closer than ever.

As someone who has been testing and reviewing laptops since before Apple’s MacBook line even existed, that’s certainly true… if you’re using the touchscreen as your only or primary way to interact with a laptop. There’s a reason why touchscreens became popular on Windows laptops around the launch of Windows 8 and have since gone on to become a standard feature on almost any midrange laptop and above.

It’s not that the touchscreen should be your only, or even primary, input method. Instead, I’ve found that it’s occasionally a very handy way to use your computer. That could be tapping an onscreen button, scrolling through long webpages or documents or even rearranging windows on the desktop. As a full-time input device, touchscreens on laptops are terrible. As an occasional input device for specific tasks, touchscreens on laptops are great.

My colleagues and I have advocated for Mac touchscreens many times over the years. In 2018, I said, “It may never happen, but I still say adding touchscreens to MacBooks is a winning idea. The technology has already become standard in even budget Windows laptops, where it’s a genuinely useful extra.” That same year, Scott wrote, “Maybe Macs evolve more touch functions over time, and become smaller and more similar to iPads.” (He’s also discussed the topic in many other articles over the past several years.)

Apple and others have already played around with the idea of touch on Macs, and it didn’t go well. That’s the strongest argument I can think of against touchscreen MacBooks.

The MacBook Pro touchbar, launched in 2016, was a small secondary touchscreen display. It never really caught on, and many were glad to see it removed from newer models (it lives on, for now, in the current 13-inch MacBook Pro, which is a bit of a throwback).

Even before that, aftermarket products like that AirBar promised to add touch capabilities to MacBooks, although it never quite worked. 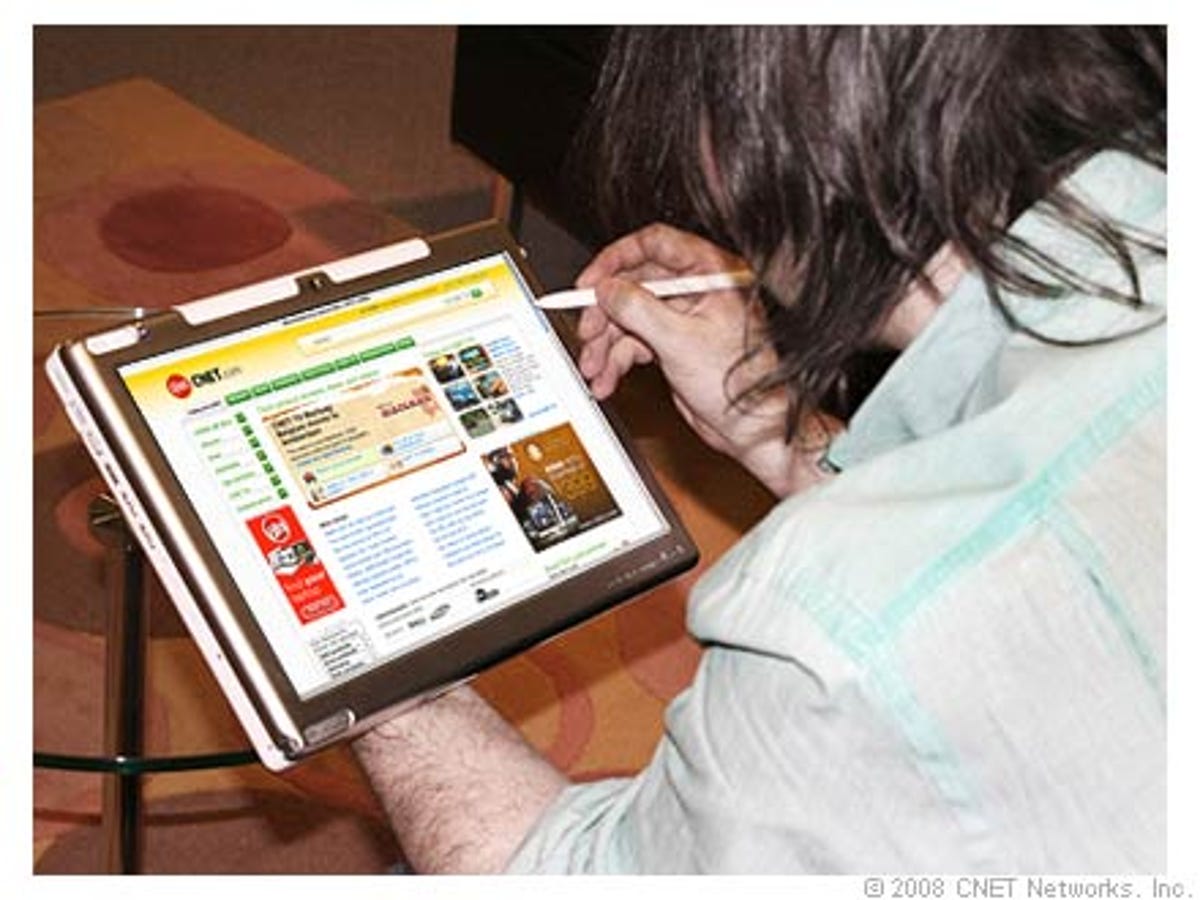 The original touchscreen MacBook was a device called the ModBook from a company named Axiotron. It was an off-the-shelf MacBook Pro, taken apart and reassembled with a new touchscreen as a Mac-based tablet. I reviewed it back in 2008 and was, “impressed with the engineering behind Axiotron’s rebuilt, tabletized MacBook,” but without any keyboard at all, and lacking even basic screen rotation, it was “an expensive oddity.”

While that idea didn’t last long, it raises the possibility that adding a touchscreen can also build a road to new Mac designs that are more like convertible Windows computers, furthering an eventual Mac/iPad convergence.

Assuming future MacBooks keep their already excellent keyboards and touchpads, adding a touchscreen doesn’t have to detract from the experience. In fact, I’d bet that touch on a Mac would feel about the same as touch on a Windows laptop — a feature that’s usually built in by default and is there when you want it, but easy to ignore the rest of the time.