In the face of crime and danger, Americans stepped up to help complete strangers in 2022: ‘People are amazing’ 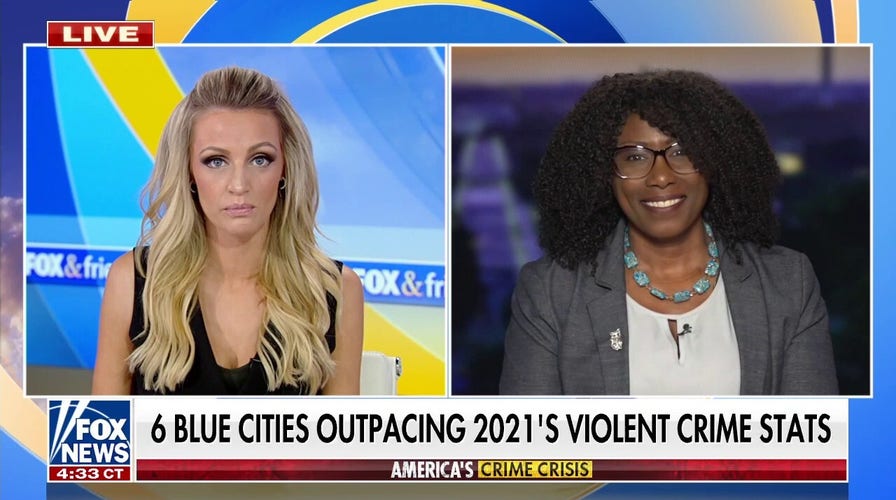 Last year the United States witnessed the third year in a crime wave raging since 2020, coupled with a number of deadly natural events that took their toll in lives and property. But amid instances of robberies, violent physical attacks and other dangerous scenarios, brave Americans stepped up and ended violent attacks or helped prevent further tragedy – with some even losing their lives to protect a stranger in need.

A restaurant owner in swanky Hollywood earned the title of good Samaritan in August when he tackled a robber who allegedly sucker-punched an elderly man.

Shocking video of the incident showed a homeless man punch an elderly man sitting at a restaurant table and swiping the man’s wallet and cellphone.

Tim Ratcliff, owner of restaurant Shin in Hollywood, is seen on video pursuing the suspect as he walks away from the scene and ultimately tackling him at the intersection of La Brea and Hollywood. 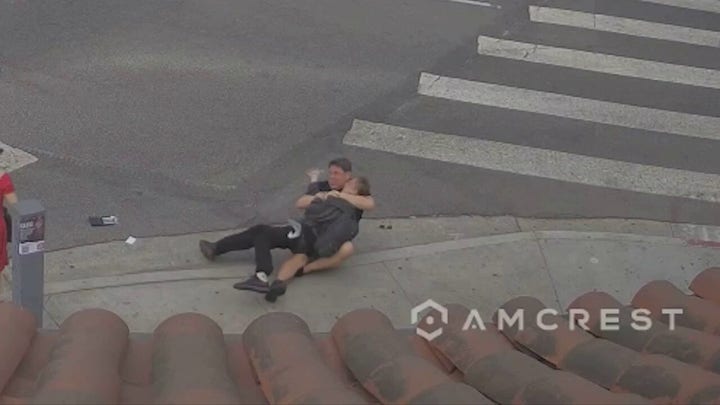 “I took him down and just waited there until the police arrived,” Ratcliff told Fox 11 at the time.

Ratcliff held the suspect for over nine minutes until police responded.

“I was not gonna lie, the adrenaline was a lot at that point, and afterward it was exhausting. It felt like I had worked out the next day for quite a bit,” he said.

In a tragic incident this year, a straphanger in the Bronx on New Year’s 2022 was killed after he jumped onto the subway tracks to try to rescue a complete stranger as a train approached the station.

Roland Hueston, 38, jumped into action after victim Noel Soto, 36, was knocked unconscious when alleged gang members threw him onto the tracks. Hueston was able to move the unconscious Soto from the direct path of an oncoming train, but was unable to get himself out of the way before the subway car fatally struck him. 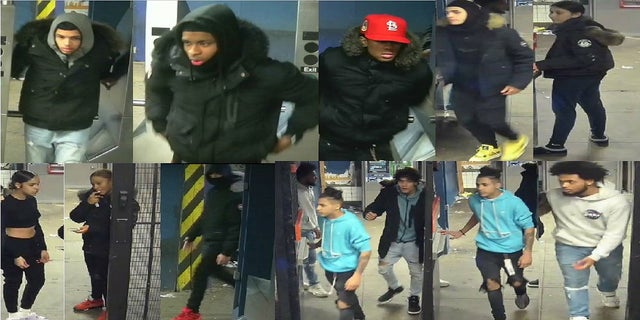 The suspects being sought in connection to the subway attack.
(NYPD)

“He didn’t even know me,” Soto tearfully told the New York Post in an interview following the incident. “He gave his life to save mine.”

Police ultimately arrested a handful of teenage suspects in the case.

A California grocery store was the site of a shocking attempted sexual attack on a teenage girl in September, but the attack was thwarted when three men intervened.

“The screams were just terrifying,” a witness at the Stater Bros grocery store in Whittier told Fox 11. “She was actually screaming saying, ‘Help, help! I need help. My daughter’s in the bathroom with a guy.’” 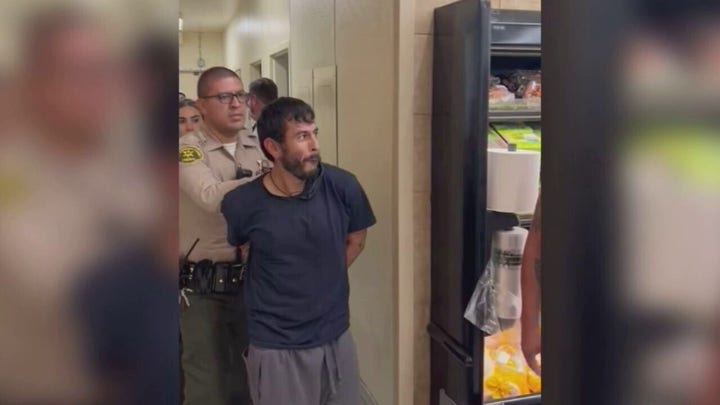 Suspect Steven Daniel Magdalen, 39, reportedly followed a 16-year-old girl into the grocery store’s bathroom, locked the door, pushed the young girl and tried to sexually assault her while she was on the ground, the LA County Sheriff’s Office said at the time.

Store employees rushed to open the doors to the bathroom, allowing three men to pin Magdalen to the ground until police arrived, according to Fox 11.

Almost 150 people were killed in Florida alone by Ian, but for one elderly woman who had lost her cellphone, saw her landline phone go down, and was missed by an evacuation team, a good Samaritan came to her rescue.

Las Vegas resident Christine Bomlitz, the daughter of Shirley Affolter, 84, became desperate as she went hours without hearing any updates from her mom and posted a plea on social media asking for someone to go check on her. Affolter was unable to try to find safety beyond her own home as she relies on a walker to get around.

Her social media plea was answered by Cheynne Prevatt, 26, who waded into the swelling waters to check on the elderly woman.

“I didn’t know who she was, but she was really kind of surprised to see me,” Prevatt said of initially making contact with Affolter.

Affolter was found safe in her home and was able to speak briefly with her daughter on the phone before her hearing aids stopped working. Prevatt was able to send Bomlitz a photo of her elderly mom smiling. 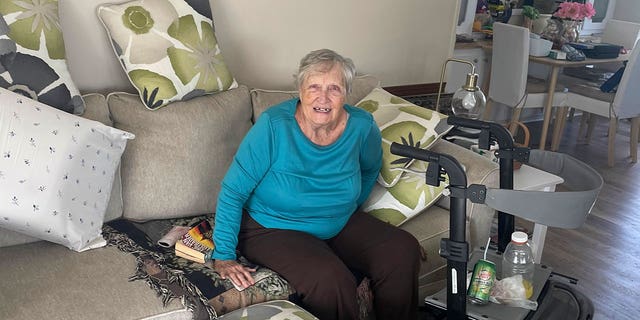 “I’m thankful for this stranger,” Bomlitz said, “a total stranger. People are amazing.”

The Willoughby police chief in Ohio personally thanked four good Samaritans in September for intervening when a man who was pulled over by a female cop for speeding began attacking the officer.

“I am so proud of our community and the tremendous support we receive on a day-to-day basis,” Willoughby Police Chief Jim Schultz wrote in a Facebook post. “Saturday was another awesome example. I greatly appreciate it!! Thank you!”

OHIO GOOD SAMARITANS RUSH TO HELP POLICE OFFICER IN ROADSIDE STRUGGLE: ‘YOU DON’T DO THAT TO A WOMAN’ 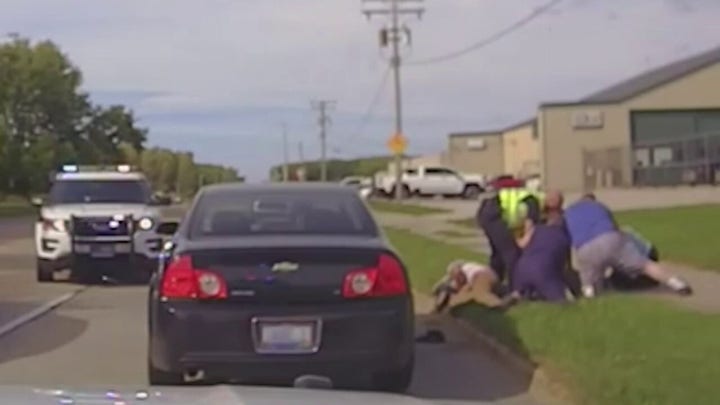 Suspect David Koubeck, 64, was pulled over for going 57 in a 35 mph zone by Officer Stacee Wright, 30, in the Cleveland suburb. Koubeck was seen on camera refusing Wright’s orders, including to remain in his vehicle or to sit on the curb next to his car.

After the suspect further declined multiple orders from Wright to put his hands behind his back or on the vehicle, a “physical struggle” ensued.

Then four good Samaritans stepped in to defend Wright.

“You don’t do that to a woman. Do you understand me?” one person is heard yelling at Koubeck.

The four people remained on the scene until backup officers arrived and arrested Koubeck.

The Associated Press and Fox News Digital’s Sarah Rumpf contributed to this report.