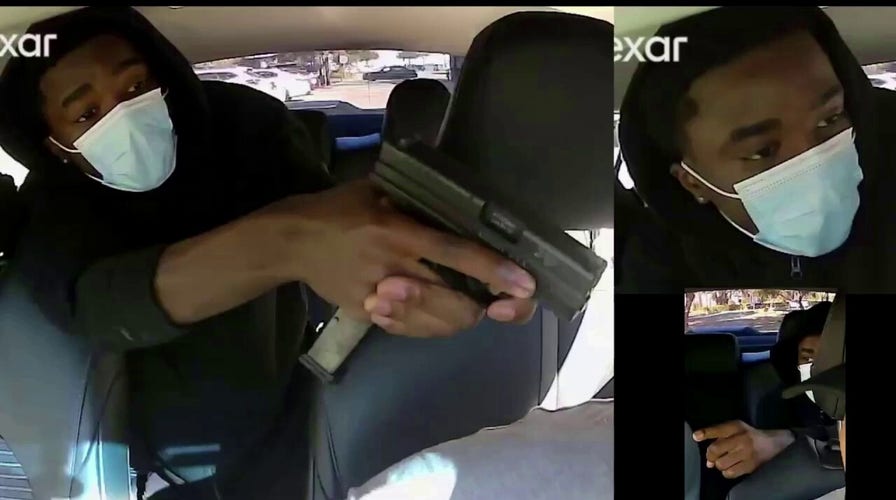 A rideshare driver had just dropped off two passengers when one held a gun to his head and demanded he get out of the vehicle, police say

A Texas rideshare driver was robbed at gunpoint when one of two passengers threatened to kill him when he refused to get out of his vehicle during an October trip, authorities said Tuesday.

Video footage posted online by the Houston Police Department shows the driver dropping off two males at an apartment complex at 2929 Dunvale Road in west Houston. The pair were picked up around 11 a.m. on Oct. 18, 2022 at a restaurant in the 7600 block of Westheimer Road, police said. 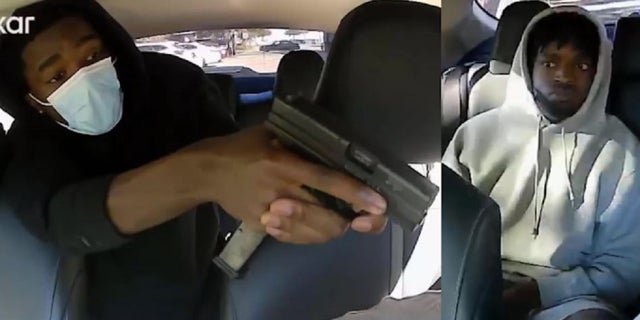 A person named “MJ” had requested the pickup, police said.

As they arrived at the apartment complex, one of the males appears to take out a handgun while the other gets out of the car. The armed suspect holds the gun to the driver’s head, according to the footage taken from inside the car.

“I’m going to kill you. Get the f*** out the car,” the suspect repeatedly says.

“I don’t have money,” the driver is heard saying.

The other suspect opens the driver-side door and attempts to grab the driver’s cell phone, police said. He fell to the ground and the driver accelerated the car and refused to stop despite the armed suspect ordering him to while holding the gun to his head, authorities said. 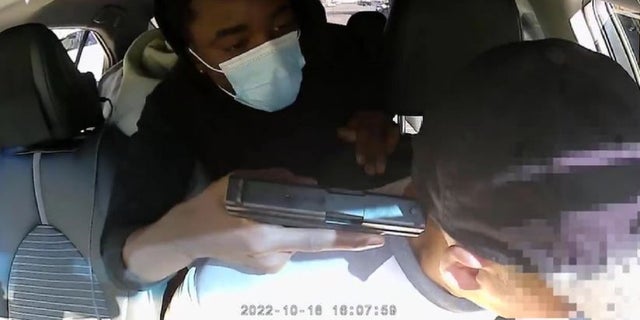 One of the suspects is seen holding a gun to the head of a rideshare driver.
(Houston Police Department )

The robbery suspect jumps out of the moving vehicle. The driver called the police a short time later.

Authorities are looking for both suspects. They were both described as Black males around 20 years of age with skinny body types and wearing hoodies.