House Republicans argued Democrats will “weaponize” the U.S. Supreme Court amid “dangerous” calls to pack the Court, during a Wednesday press conference in support of a constitutional amendment to maintain the number of justices at nine.

“What the Democrats are trying to do now in the Senate to change the Supreme Court, to pack the Supreme Court, shakes the very foundation that our country was founded on, and it destroys the Constitution,” Rep. Ralph Norman, R-S.C. said during the press conference.

The amendment, sponsored by Rep. Dusty Johnson, R-S.D., would amend the Constitution requiring the Supreme Court to be composed solely of nine justices. The amendment was initially introduced in the House in January 2021 and was referred to the Subcommittee on the Constitution, Civil Rights, and Civil Liberties a couple of months later in March.

“What [Democrats] are now trying to do is to weaponize the Supreme Court and the court system,” Rep. Pete Sessions, R-Tex., said during the conference. 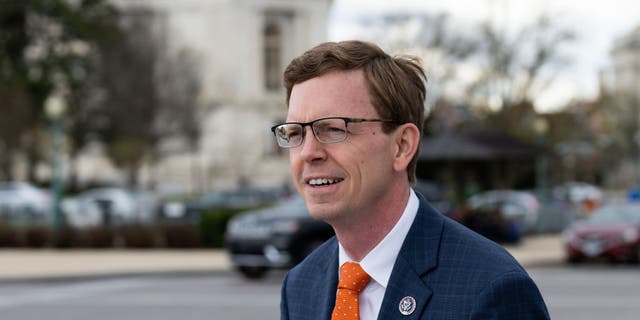 Rep. Dusty Johnson, R-S.Dak., walks to the Capitol for the last votes of the week on Friday, April 1, 2022.
(Bill Clark/CQ-Roll Call, Inc via Getty Images)

“It is a power grab,” Johnson said of the court-packing effort.

Efforts from Democrats to pack the court have gained momentum in a move to offset the influence of the three justices appointed by former President Trump during his time in office. Calls then intensified after the Court overturned Roe v. Wade in a landmark decision last year.

“We are hearing these increased calls from those on the left,” Rep. Ashley Hinson, R-Iowa, said. “They want to pack the court with justices that will be activists, justices that will try to legislate from the bench. They will undermine this sacred institution, and they will also undermine our Constitution.” 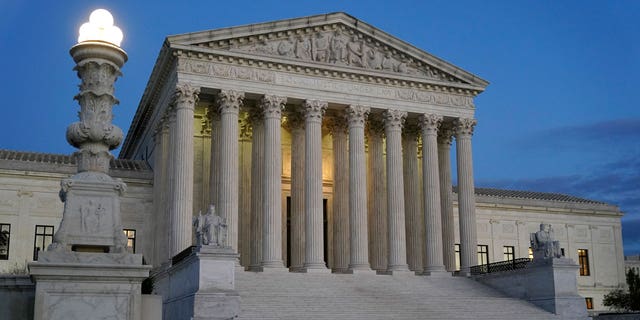 Efforts from Democrats to pack the court have gained momentum in a move to offset the influence of the three justices appointed by former President Trump during his time in office.
(AP Photo/Patrick Semansky, File)

White House press secretary Karine Jean-Pierre confirmed back in June 2022 that President Biden does not support court-packing during an Air Force One press gaggle.

“That is something that the president does not agree with,,” Jean-Pierre told reporters during the gaggle. “That is not something that he wants to do.” 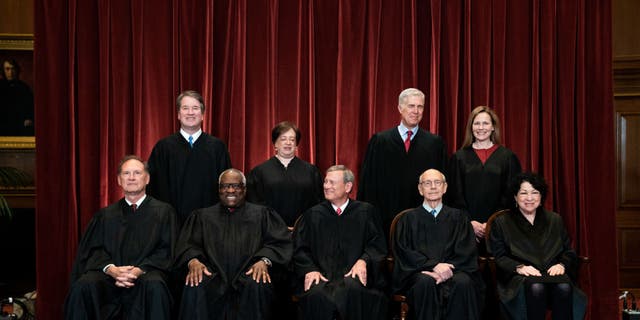 Johnson stated during the press conference that he spoke with Democratic members in the previous Congress about the Constitutional amendment, saying the conversations were “maturing.”

“I thought we were getting to a point where this could become a bipartisan bill. The nomination of Justice Brown Jackson, though, I think created quite a political conversation,” Johnson told reporters. “It made it, frankly, more difficult to talk about reform of the Supreme Court in a conceptual way.”

Johnson said he has had conversations with some Senate members and they have told him they will “take a serious look” at the amendment in the Senate as long as “you guys can get your act together in the House.”