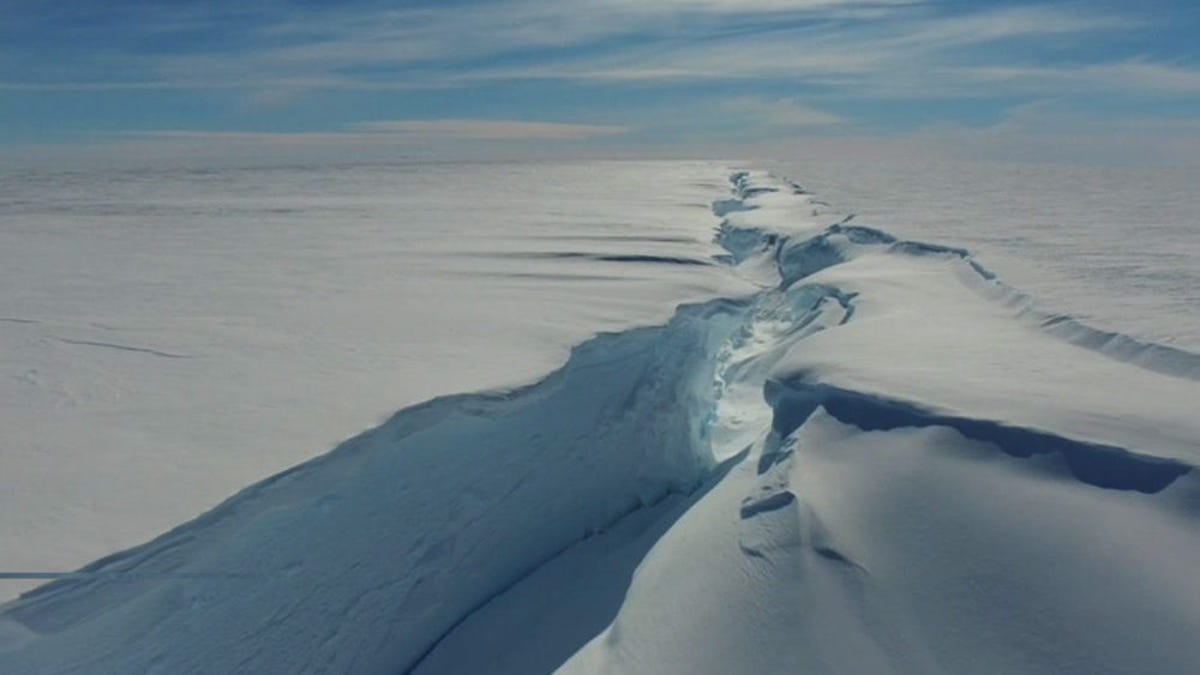 Please welcome a new iceberg to the planet. The British Antarctic Survey monitors activities on the Brunt Ice Shelf along the Weddell Sea in Antarctica. BAS announced the fresh berg in a statement on Monday, saying, “It calved after cracks that have been developing naturally over the last few years extended across the entire ice shelf, causing the new iceberg to break free.”

The new berg clocks in at about 600 square miles (1,550 square kilometers), making it roughly the size of Greater London. It takes quite an effort for an iceberg this size to calve (break from) the Brunt Ice Shelf, which is 490 feet (150 meters) thick. An extensive crack named Chasm-1 finally reached from one end of the shelf to the other, freeing the chunk. 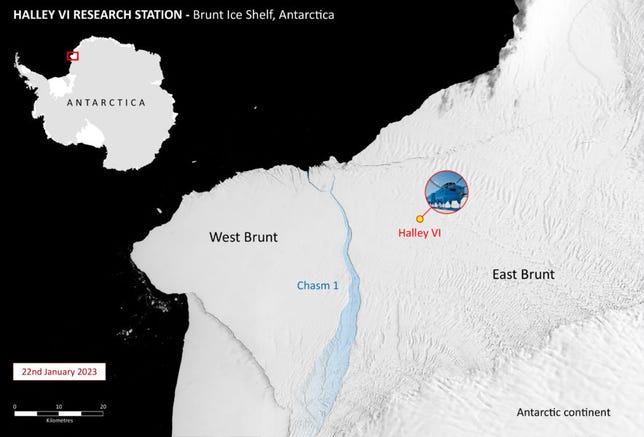 Chasm-1 finally reached across the Brunt Ice Shelf in Antarctica to set a big new iceberg free from the main shelf.

A jumbo berg (A74) about the size of the city of Los Angeles broke off in 2021. That one was a big berg, but the new iceberg is slightly larger than its predecessor.

The new iceberg has been years in the making. Back in 2016, BAS relocated the Halley Research Station to a more stable spot in response to the widening of Chasm-1. Researchers at the station monitor the ice shelf using GPS instruments. That data, in conjunction with satellite imagery, helps scientists understand what’s happening with ice movement and iceberg calving.

Halley is currently staffed by 21 people, but it’s well away from the calving event and the researchers are safe.

BAS tweeted an animation showing the movement of the iceberg based on GPS information.

Iceberg on on the move!
Our team at Halley VI on the Brunt Ice Shelf in #Antarctica have shared this animation from their GPS equipment over the last 36 hours, showing the separation of the huge new iceberg. pic.twitter.com/2txR0Q81yt

Any change to ice in Antarctica brings up the specter of global warming, a concern BAS addressed. “This calving event has been expected and is part of the natural behavior of the Brunt Ice Shelf. It is not linked to climate change,” said glaciologist Dominic Hodgson.

The new iceberg will likely follow in the footsteps of A74 and drift out to sea. It will be given an official name by the US National Ice Center, so we can stop calling it “new iceberg” and start calling it by its real name.