Earth, Wind & Fire drummer Fred White has died, the band announced. He was 67.

“Dearest Family Friends and Fans….. Our family is saddened today,” his brother and fellow Earth, Wind & Fire member Verdine White, wrote on Instagram Sunday. “With the loss of an amazing and talented family member, Our beloved brother Frederick Eugene “Freddie” White. He joins our brothers Maurice, Monte and Ronald in heaven and is now drumming with the angels!”

The post continued: “Child protégé, member of the EWF ORIGINAL 9, with gold records at the young age of 16 years old! He was brother number 4 in the family lineup.”

“But more than that at home and beyond he was the wonderful bro that was always entertaining and delightfully mischievous! And we could always count on him to make a seemingly bad situation more light hearted!” Verdine added. 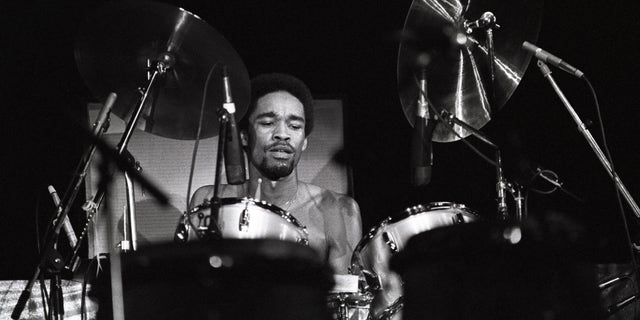 Earth, Wind and Fire drummer Fred White has died, the band announced. He was 67.
(Rob Verhorst/Redferns)

He concluded: “He will live in our hearts forever, rest in power beloved Freddie!! We thank you all for your love, blessings and support at this time. Soar high baby bro, we love you to the shining [stars] and back!”

No cause of death was given.

Fox News Digital has reached out to Earth, Wind & Fire’s rep for comment.

Earth, Wind & Fire also paid tribute to Fred on their official Instagram page. “In memoriam: Fred White, 1955-2022,” the band wrote. “Seen here soloing during our performance of Runnin’, during our Tour of the World in 1979, at Rockpalast in Essen, Germany. Rest in love.”

According to Pitchfork, Fred toured with Donny Hathaway while he was still in high school, and joined Earth, Wind & Fire before his 20th birthday, staying with the band until the early 1980s. He was a drummer for the band during their hits like “Shining Star.”

In 2000, the drum prodigy returned to the group for their Rock & Roll Hall of Fame induction.