Finland looks at joining NATO without Sweden amid pushback from Turkey 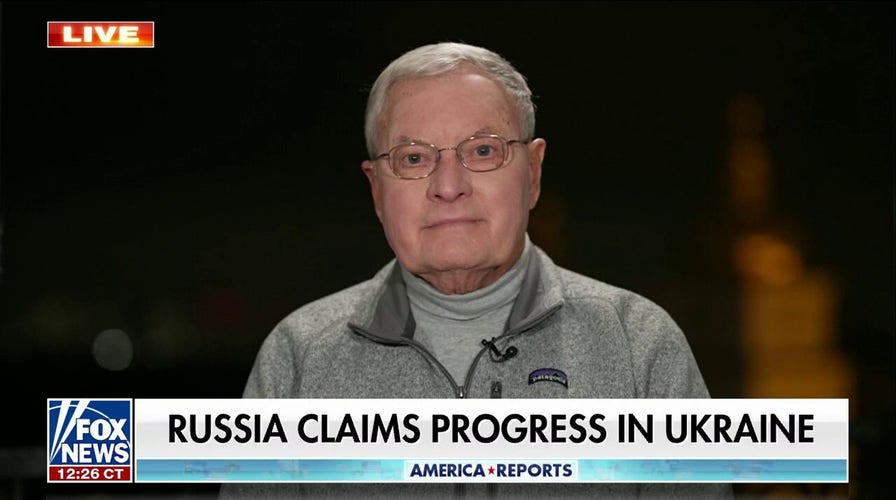 Fox News contributor Gen. Keith Kellogg gives a first-hand assessment of the Ukraine war and outlines how the Russians can be defeated on ‘America Reports.’

Finland’s foreign minister on Tuesday suggested that Helsinki may be looking to join NATO without Sweden as Turkey continues to push back on expanding the security alliance in the face of Russian aggression in Ukraine.

The two Nordic nations first looked to join the 30-member alliance in May after Russia’s war in Ukraine ramped up and Moscow escalated its aggressive posture towards Europe in response to stiff international sanctions and opposition to the war.

But Turkey has long said it will block their accession into the NATO alliance, particularly Sweden’s, unless they adhere to its political demands. 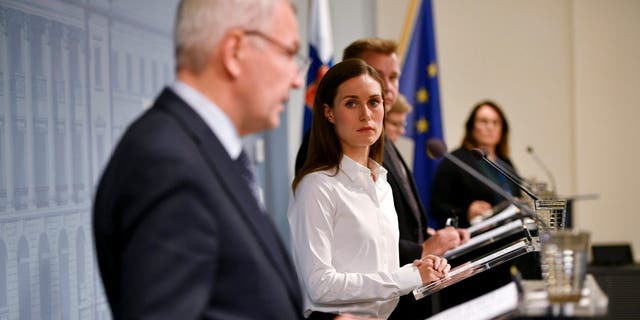 Finland’s Prime Minister Sanna Marin looks at Finland’s Foreign Minister Pekka Haavisto as he speaks during a press conference by the Government of Finland in Helsinki, Finland, Wednesday Sept. 28, 2022.
(Antti Yrj’nen/Lehtikuva via AP)

Finnish Foreign Minister Pekka Haavisto told a local news outlet Tuesday that given Turkey’s opposition, Helsinki will need to “evaluate the situation if it turns out that Sweden’s application is stalling for a long time to come.”

The comments are one of the first instances in which a Western official has suggested that a diplomatic solution may not be reached between the biding nations, NATO and Turkey.

Haavisto later on Tuesday walked back his suggestion when addressing reporters at Finland’s parliament and said his comments were “imprecise” and reaffirmed Helsinki’s commitment to enter NATO jointly with Sweden. 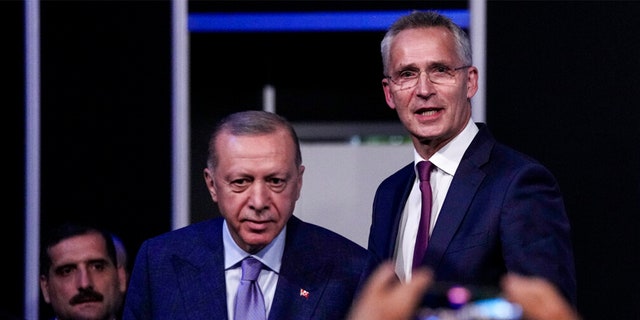 Joining NATO would guarantee expanded security protections under Article 5 for Sweden and Finland – which both share a border with Russia and which have seen mounting aggression from Moscow including threats to deploy nuclear weapons and hypersonic missiles along its western border.

But despite months-long negotiations between Turkey, NATO, Sweden and Finland, Turkish President Recep Tayyip Erdogan has repeatedly accused the two nations of housing individuals Ankara has deemed as Kurdish terrorists.

Protests over the weekend by pro-Kurdish forces outside the Turkish embassy in Stockholm infuriated Erdogan who on Monday suggested it was an insult after flags bearing the PKK symbol – a group designated a terrorist organization by the U.S., European Union and Turkey – were flown, and a Quran was reportedly burned. 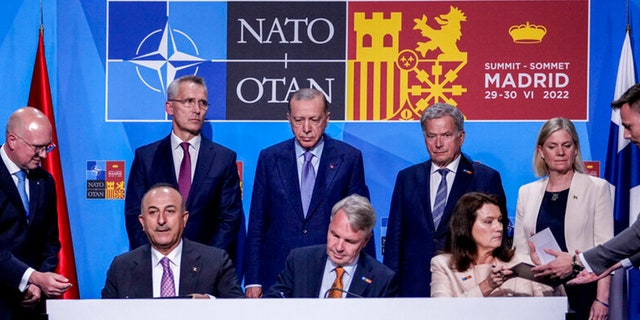 “It is clear that those who allowed such vileness to take place in front of our embassy can no longer expect any charity from us regarding their NATO membership application,” Erdogan said Monday.

Swedish Foreign Minister Tobias Billström said he had contacted Finnish authorities over Haavisto’s comments and NATO Secretary-General has pushed for a united front when it comes to NATO negotiations with Turkey.