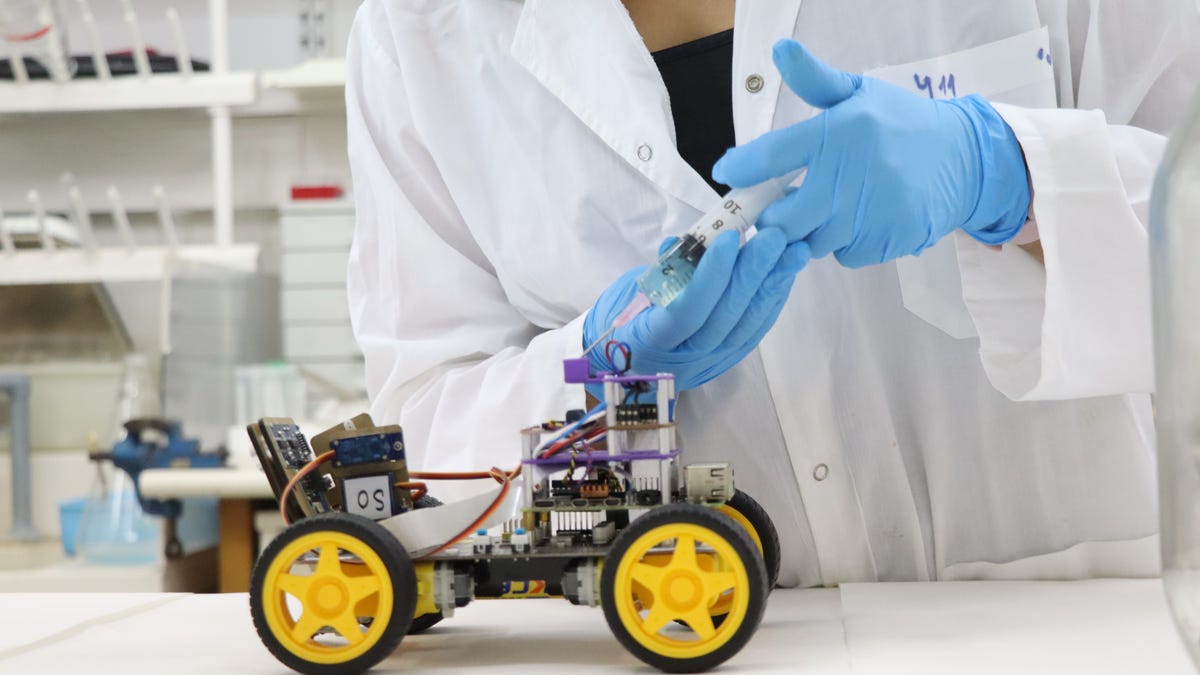 An image of the team’s biohybrid contraption.
Tel Aviv University

If you’re anything like me, you want to win the airport security line. I’m determined to get my baggage in and out of those X-ray scanners seamlessly and in record time — impressing everyone who absolutely does not care. Though one thing I often don’t think about is how I’m being watched by far more than high-tech TSA tools.

Hidden across airport security are sniffer dogs, using a superpower sense to catch anyone who might be smuggling drugs, explosives and other such contraband. They’re using their biological sense of smell, harnessing an ability metal robots like X-ray scanners simply don’t have. But what if we could make a half-robot-half-animal being that could smell like us? A sniffer cyborg?

Per a paper published in the February edition of the journal Biosensor and Bioelectronics, scientists from Tel Aviv University in Israel announced they developed the first robot that can “smell” using a biological sensor — a locust’s antenna.

“A basic organ, such as the locust antenna, can generate a unique signal for each odor,” Ben Maoz, a biomedical engineer at Tel Aviv University and co-author of the study, said over email. “You do not need the brain for that.”

Basically, the team first used a “unique device” to prolong a real locust antenna’s life. They then connected the antenna to a small, wheeled robot to replicate how scent receptors in humans explore the world. Then, they exposed the entire contraption to a bunch of different scents and recorded the resulting smell-related electrical activity. This allowed the team to understand whether their biohybrid robot was differentiating between all the odors.

“Smell is one of the ways that we can grasp the world,” Maoz said. “We can use it to identify good things like food [and] perfume and bad things like gas leaks [and] bad food. This concept will allow robots to assist us in identifying things that we currently can’t.”

According to Maoz and fellow researchers, in the animal world, insects excel at receiving and processing sensory signals.

For example, they say, a mosquito can detect a 0.01% difference in the level of carbon dioxide in the air — a capability far from what robotic sensors can do with today’s technology. “There are electronic sniffers,” Maoz said. “But they are limited.” By contrast, the team’s locust antenna device was able to identify a solid variety of odors such as geranium, lemon and marzipan. After some practice, it was even able to discern various types of Scotch whiskey.

“A comparison with standard measuring devices showed that the sensitivity of the insect’s nose in our system is about 10,000 times higher than the devices that are in use today,” Yossi Yovel, a biologist at Tel Aviv University and co-author of the study, said in a statement. 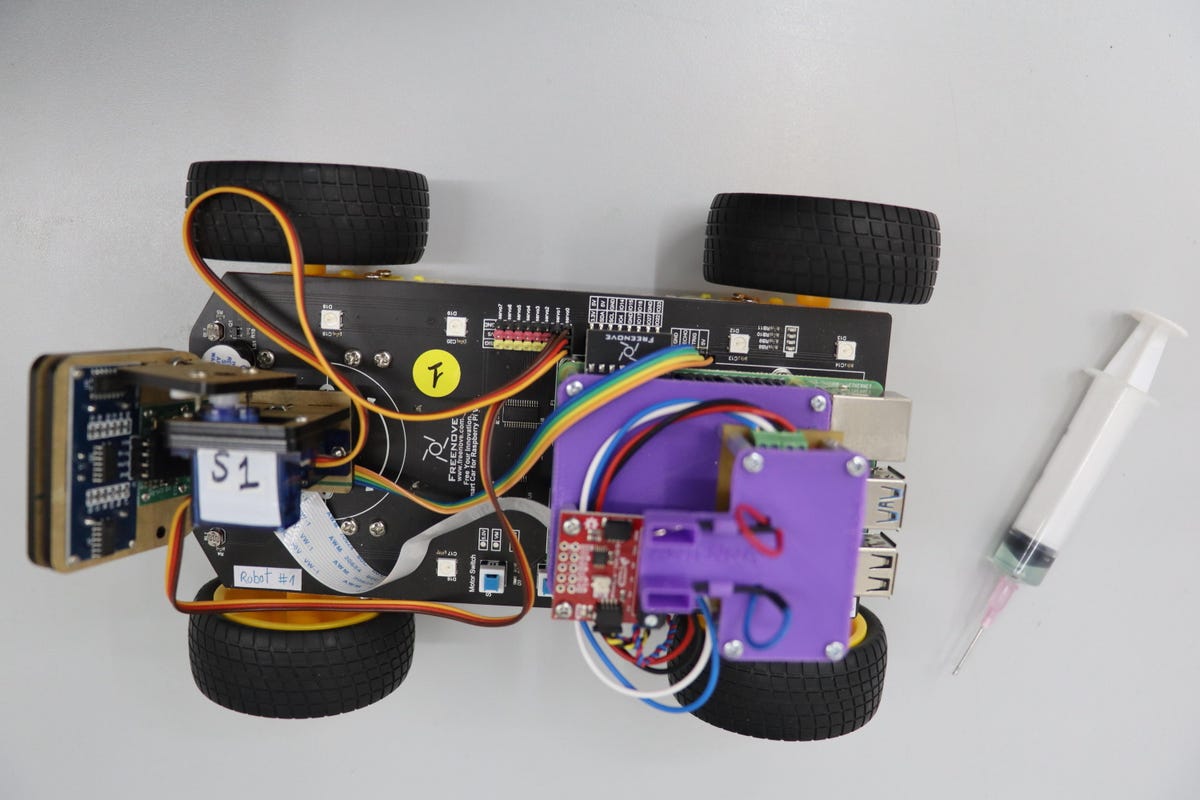 An aerial view of the team’s robot.

“There are many materials that we would like to identify via their unique smell — drugs, explosives, food, etc.” Maoz said, noting that it may even be possible for a later version of the team’s robot to sniff out disease, too. “Currently, we are using dogs. Imagine that we can replace that.”

An example of this, Maoz explains with co-author Amir Ayali of Tel Aviv University and an expert in locust biology, is with those airport magnetometers. They cost millions of dollars and can detect if we are carrying any metal devices, but “when they want to check if a passenger is smuggling drugs,” Ayali said in a statement, “they bring in a dog to sniff him.”

To be clear, the team’s robot is in a super preliminary stage of development — only time will tell whether cyborg-airport-police-dog-sniffers will eventually come to fruition. But looking to the future, Maoz believes it’s possible, and even says “the sky is the limit” when it comes to integrating robots with biological sensors. Perhaps, he suggests, there’d be a way to give them a sense of sight or touch as well.