Rep. James Clyburn of South Carolina, a kingmaker in Democratic Party politics, vigorously endorsed President Biden for re-election on Wednesday and warned members of his party against challenging the sitting president.

“I’m all-in for President Biden,” Clyburn told CBS’ Robert Costa in an interview. “I think he’s demonstrated, in these two years … that he is deserving of reelection. And I do believe he will be reelected irrespective of who the Republicans, they put up.”

Clyburn is the assistant Democratic leader in the House and a well-respected and influential ally of the White House. His endorsement of Biden in 2020 is widely credited with delivering South Carolina for the president in the Democratic primaries, resurrecting Biden’s campaign after defeats in Iowa and New Hampshire.

He said he’s been talking with Biden and has encouraged him to run for re-election by campaigning against the new Republican majority in the House.

2024 WATCH: TRUMP’S IN – WHAT ABOUT DESANTIS, PENCE, AND OTHER POTENTIAL CONTENDERS, LONG SHOTS, & WILD CARDS 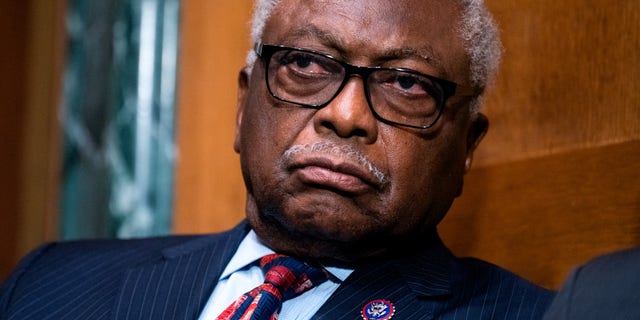 “I’ve told him on many occasions that I believe that he ought to announce for reelection and get the playbook laid down by Harry Truman back in 1948 and use that as their mantra upon which to run for reelection,” Clyburn said.

In 1948, Republicans controlled Congress and blocked many of Democratic President Harry Truman’s Fair Deal bills. Truman labeled it a “do-nothing Congress” and campaigned as fiercely against the GOP majorities as he did against the Republican nominee Thomas Dewey, going on to win the presidential election in a historic upset. 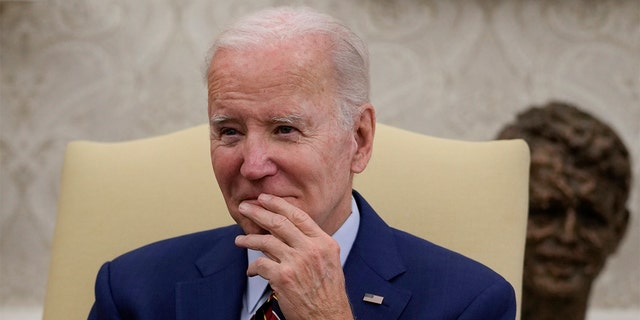 Biden – who at 80 is the oldest person to ever serve as president of the United States – has not officially declared his candidacy for reelection, but he is anticipated to do so soon. His 2020 rival former President Donald Trump announced a comeback campaign for the White House in November, and The Hill reported earlier this month that Biden will launch his campaign sometime in February, around the State of the Union address.

However, Biden does face several vulnerabilities as a candidate not limited to his age. He remains an unpopular president, with his approval rating hovering in the low 40s according to most opinion polls. And his recent controversy involving a special counsel investigation into his handling of classified documents has given House Republicans a target-rich environment to investigate his administration and potentially disarmed a line of attack he could use against Trump, who has his own troubles with alleged mishandling of classified materials.

GOP INSIDERS SAY NEWSOM WON’T SAVE DEMOCRATS IN 2024 IF BIDEN BOWS OUT, VOW TO ‘MOP THE FLOOR’ WITH HIM 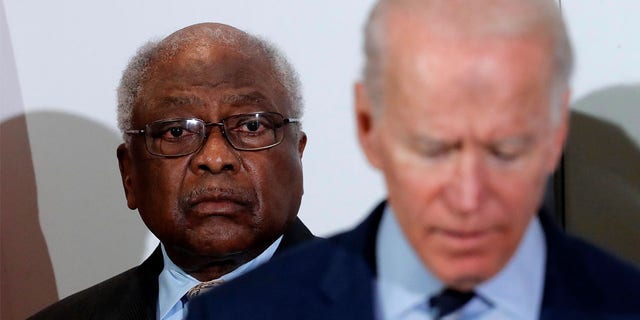 Still, Clyburn said he’s convinced that Biden will run for reelection, praising the president for “passing more progressive legislation than any president since Lyndon Baines Johnson.”

“The history is very clear on what happens when you challenge a sitting president like this,” the congressman added. He noted that former Sen. Ted Kennedy’s primary challenge to President Jimmy Carter in 1980 was unsuccessful and is widely believed to have hurt Carter in the general election against former President Ronald Reagan.

While Biden weighs his decision, Trump will hold his first public event for his 2024 presidential campaign in Clyburn’s home state of South Carolina on Saturday, Jan. 28. He will be joined by Republican Gov. Henry McMaster and Sen. Lindsey Graham as he unveils his South Carolina leadership team in an event at the state capitol building in Columbia.