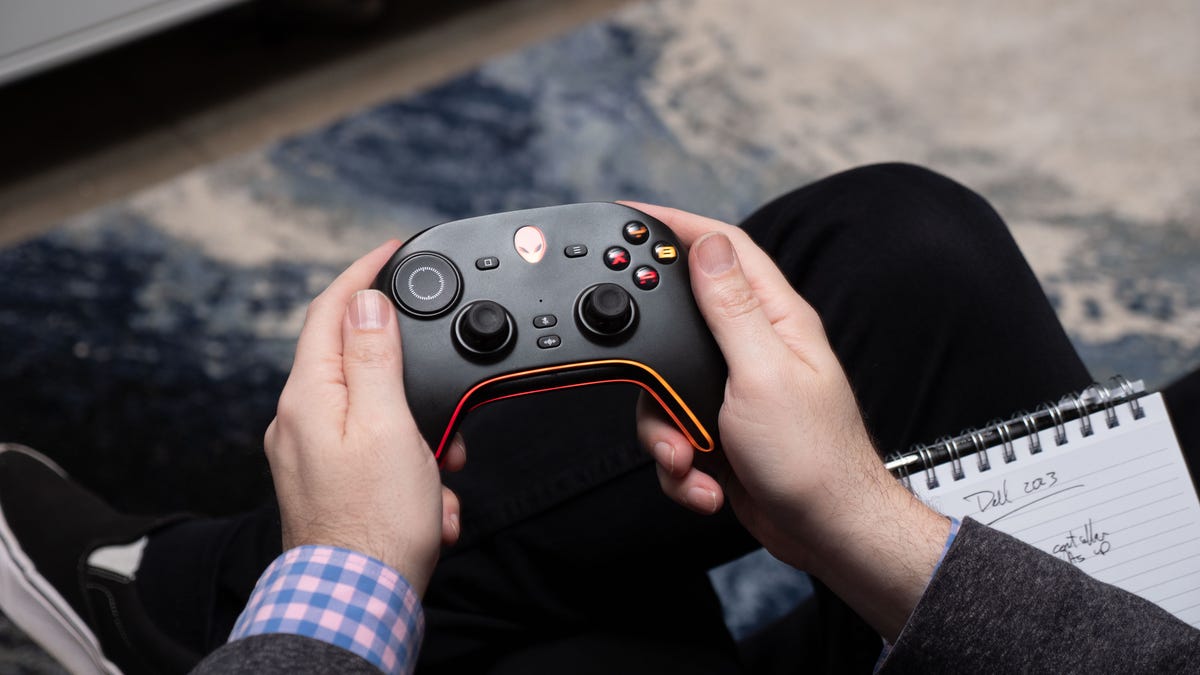 Dell always has interesting prototypes and concept pieces to show off at CES. I don’t think any of them have actually turned into real products, but this year, we’re seeing some of those prototypes return in a V2 form.

Last year’s Concept Nyx was a home gaming server, which let you store games in one place and play them from different screens around the house. This year, I got to see a new Nyx controller, which looks like a standard gamepad, but with a lot of extra features packed in.

There’s a fingerprint reader under the central button, which is clever. Touch sensors sit under the shoulder buttons, so you can scroll your finger along them for different effects. There are dual scroll wheels under the center area, giving you new options for zooming and selecting. On the back, there are shift buttons, similar to how some fancy controllers have paddle buttons. These could let you swap between sets of commands — hold down a shift button, for example, and the main face buttons could all do different things. 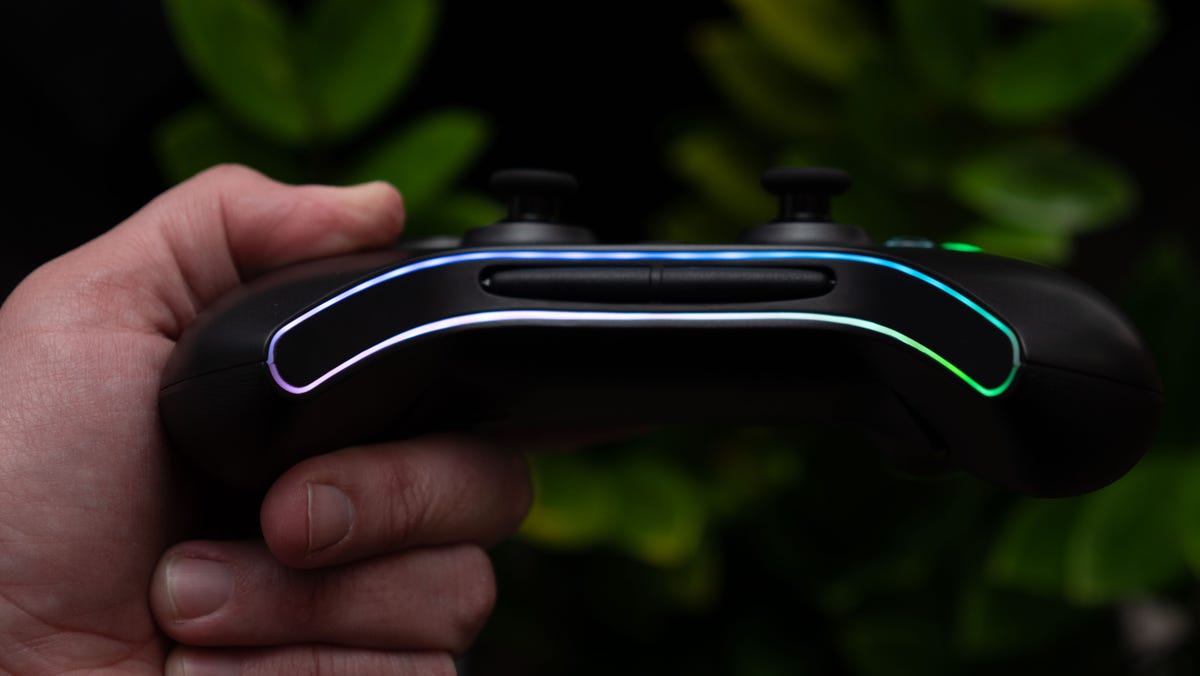 Note the scroll wheels on the bottom edge.

Much like the Nyx central server unit we saw last year, this is just a concept, but I think it’s promising. There’s a lot of room to improve on the classic Xbox-style controller, which has become the standard for PC gaming but can be limiting.

Nyx and the future of work 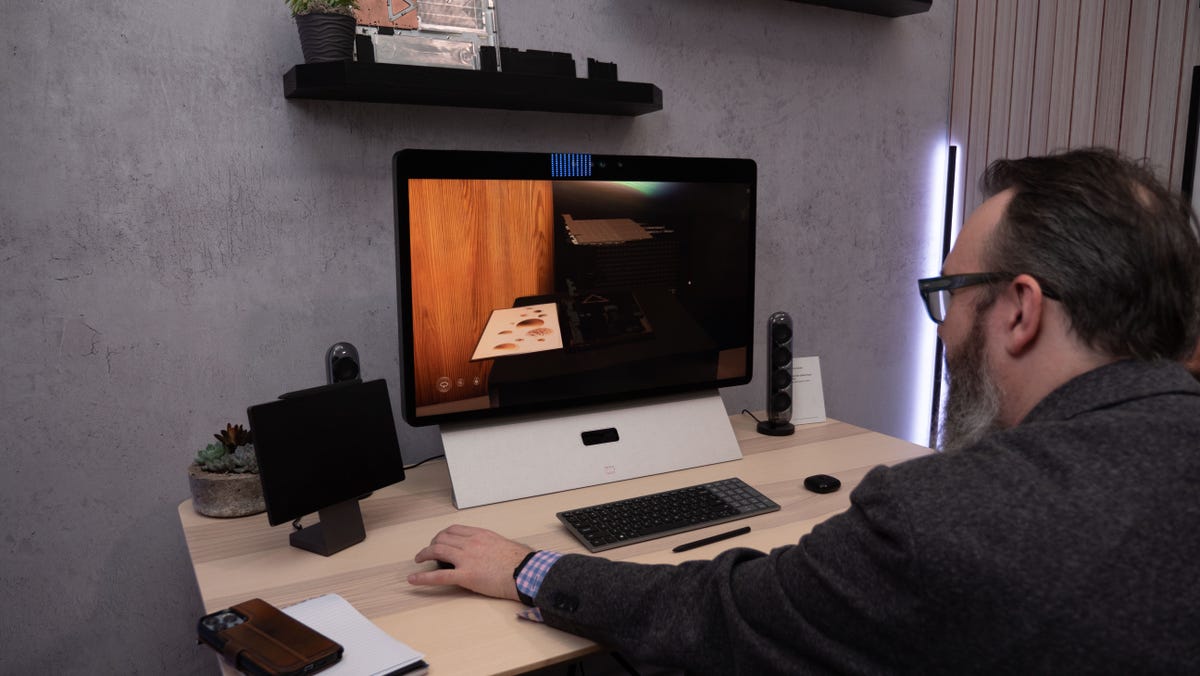 This is a stereoscopic (no glasses needed) 3D display, with eye tracking.

It’s a big collection of hardware and software, and in my hands-on demo I used glasses-free 3D displays and depth-sensing cameras to create a 3D avatar that could participate in VR meetings.

That’s not so new, but then I shifted over to a new prototype bigscreen display, which was also autostereoscopic, using eye-tracking cameras to create a custom 3D image for my eyes. I tried a lot of glasses-free 3D technology about 10 years ago, when it wasn’t great, but adding the eye-tracking cameras makes it so much better.

Dell Shows Off a New Take on Game Controllers with Concept…

I also jumped into the same virtual meeting using a VR headset (not made by Dell), then later used a small tablet to write on a shared whiteboard you could see in VR, on the 3D monitor and projected onto a wall. The idea is that any kind of future metaverse-related workspace is going to have to seamlessly accommodate people in VR, on flat displays, in meeting rooms and more.

The things that stood out most to me were some of the accessories paired with Dell’s prototype 3D monitor. I loved this little puck, which can slide left and right to highlight menu items in the 3D space, then turn to zoom or rotate. 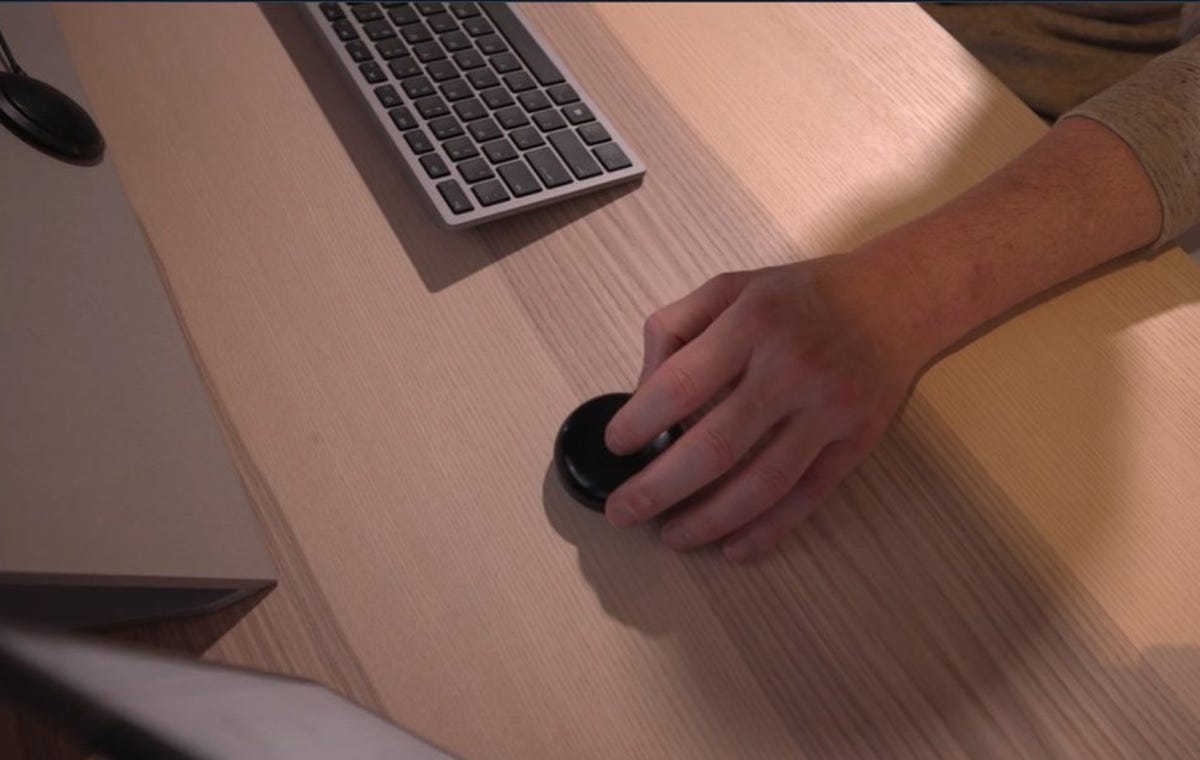 Like the Nyx gaming hardware, the workplace and connectivity version of Nyx isn’t a specific product or products you’ll be able to buy any time soon, but I’m glad people are thinking hard about the future of work, and I’m pleasantly surprised by the return of autostereoscopic 3D displays.