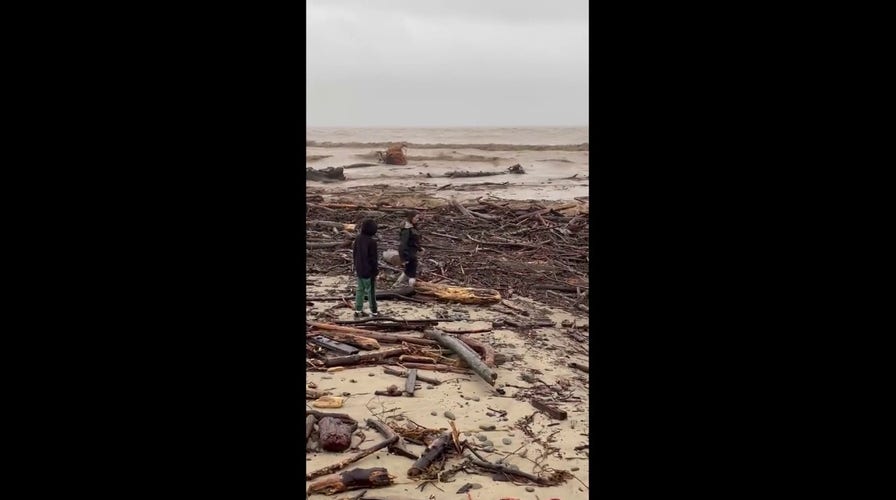 More wet weather is expected to continue to pound waterlogged California on Tuesday, with evacuation orders and advisories in place.

Tornado warnings were issued by the National Weather Service, with small hail possible and offices warning about lightning and sharing images of flooding and damage from sinkholes.

Many state parks were temporarily closed due to the dangerous series of storms, and a video shared by the California Governor’s Office of Emergency Services showed a massive tree falling into a roadway.

The office warned residents not to drive unless it was necessary and the NWS office in the Bay Area warned that Highway 101 had turned into a “moving river” on Monday afternoon. 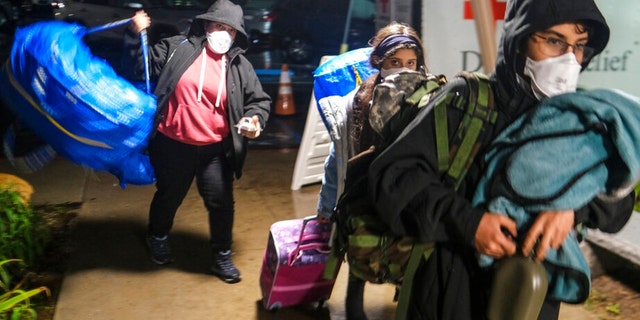 Hazardous winds remained a threat throughout the day – southwestern California could see gusts up to 60 mph – and tracker PowerOutage.US showed there were more than 229,000 customers without power across the Golden State as of 8 a.m. PT.

“PG&E crews will continue working to restore power safely and as quickly as possible in our hometowns. In some areas, access to damaged equipment has been difficult, impacting restoration efforts,” utility company Pacific Gas & Electric tweeted. “Thank you for your patience.”

The relentless impacts also forced a mandatory evacuation order for Montecito, with the Santa Barbara Airport closed due to flooding and schools shuttered on Tuesday. 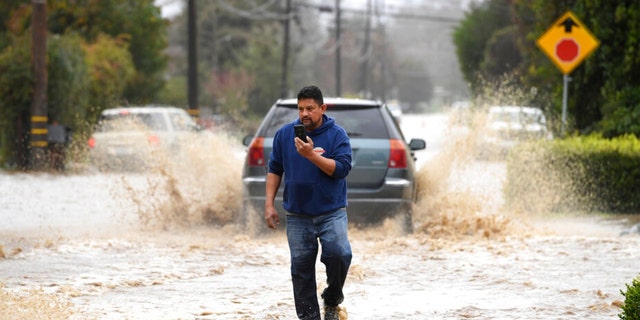 A resident walks along College Road after the area was flooded during a recent storm in Watsonville, Calif., on Monday, Jan. 9, 2023.
((Doug Duran/Bay Area News Group via AP))

The evacuation orders were in place for about 32,000 residents living near creeks and rivers.

The San Lorenzo River was declared at flood stage and aerial video showed homes sitting amid muddy brown water. The Ventura River reached its highest level on record, at more than 25 feet, forcing the rescue of more than a dozen people.

Roads were swamped and coastlines were battered and up to 14 inches of rain was dumped at higher elevations in central and southern California.

Parts of highways were closed after heavy snow, mudslides, rockslides, as well as accidents. 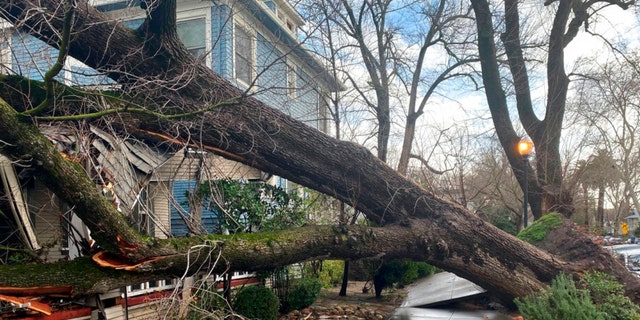 A tree collapsed and ripped up the sidewalk damaging a home in Sacramento, Calif., Sunday, Jan. 8, 2023.
((AP Photo/Kathleen Ronayne))

A 5-year-old boy vanished in floodwaters on the central coast after the truck he and his mother were in became stranded in floodwaters. The boy was swept out of the truck, with a roughly seven-hour search for the missing boy turning up just his shoe.

Tom Swanson, assistant chief of the Cal Fire/San Luis Obispo County Fire Department, said that the boy had not been declared dead.

However, state officials said the weather contributed to the deaths of at least 14 people. 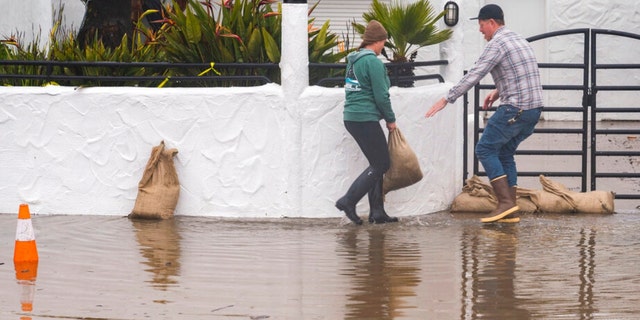 In Los Angeles, two people sustained minor injuries from a sinkhole in the Chatsworth area that swallowed two cars.

President Biden issued an emergency declaration Monday to support response and relief efforts in more than a dozen counties.