Dan + Shay singer Shay Mooney has people talking about something new, and it doesn’t involve music.

Mooney took to his Instagram to show side-by-side shirtless photos of himself taken six months apart.

“Consistency. I changed my entire world in 6 months. No gimmicks or fads. Just consistency,” he wrote beneath the photo.

“If that tired guy on the left can do it so can you,” he shared before adding an arm muscle emoji. 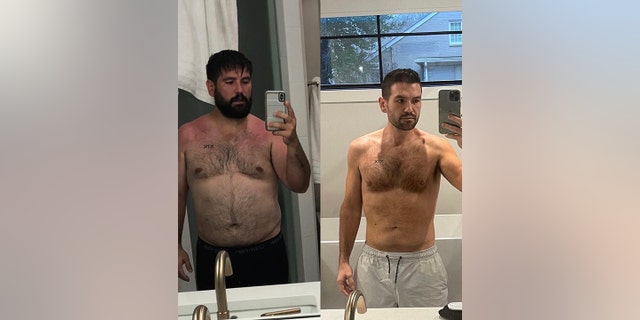 In late October, Mooney revealed on his Instagram story that he had lost 50 pounds.

“Been a little over 5 months I believe and I’m down almost 50lbs,” he wrote at the time. “For those asking: Eating clean/not drinking alcohol and walking 7 miles a day. And some weights. That’s it!”

A slew of famous musicians reacted to Mooney’s new Instagram post, including Carrie Underwood, who wrote, “You should be proud!”

Thomas Rhett Akins wrote, “Hardly even noticed you in the drop off line at school the other day! Congrats brother.. incredible.” 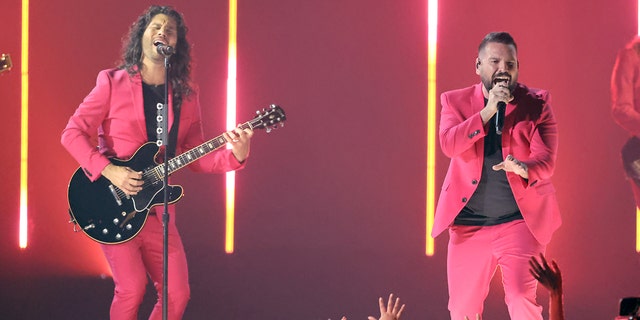 Dan + Shay performed at the Billboard Music Awards in May 2022.
(Amy Sussman)

Mooney’s sister Gabrielle also offered her support to the musician, writing “Like. WHOA IM SO FREAKING PROUD OF U!!! U look incredible.”

Mooney and Dan Smyers, the other half of musical group Dan + Shay, recently celebrated their ten-year anniversary of meeting one another. 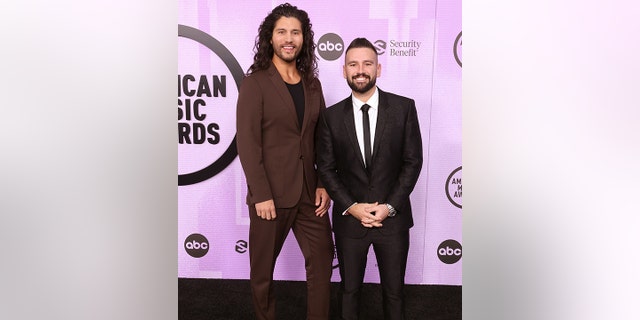 Shay Mooney showed off his slimmer frame at the American Music Awards in November.
(Taylor Hill/FilmMagic)

They have won three Grammy Awards.