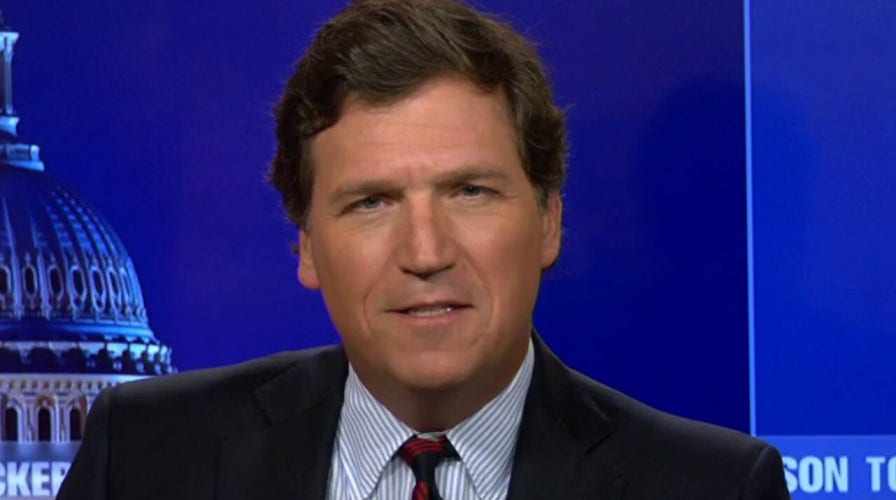 Tucker Carlson: Wokeness is not just a political ideology, it’s a state religion

A Christian charity worker in Malta could face jail time after he claimed that his faith enabled him to turn away from a homosexual lifestyle he no longer wanted.

Matthew Grech, 33, faces potential fines and imprisonment for allegedly falling afoul of his country’s ban on “conversion practices” when he explained to a local media outlet last year how he left homosexuality behind because he came to believe it was wrong.

“I was invited by this new emerging platform in Malta called PMnews to share my story and to discuss sexuality in general,” Grech told Fox News Digital, noting that he was “surprised” when police later called him early on a Sunday morning and ultimately served him with a prosecution order summoning him to court on Feb. 3.

Legal counsel for Grech maintains that his case is the first of its kind and threatens to set in motion a legal “domino effect” that could endanger freedom of speech and religious liberty throughout the Western world. 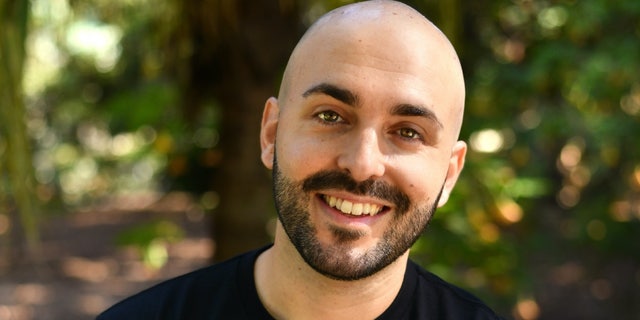 Matthew Grech, 33, faces a court date on Feb. 3 in Valletta, Malta, for allegedly advertising "conversion practices" when he gave an interview about his life.
(Christian Concern)

According to a transcript of his interview with PMnews Malta, at no point did Grech invite anyone to attend therapy to change their sexual orientation or gender identity, though he was critical of the Maltese law and explained how he came to believe that homosexuality is a not an identity, but rather a practice that was incompatible with his Christian faith.

“They knew my stance around homosexuality and sexuality in general, so they wanted to hear a little bit more about it because many shun the other side of the story,” Grech said. “But these guys wanted to explore it because they’re for freedom of speech, and they don’t like it when viewpoints are shut down simply because they are unpopular.”

Grech said after LGBT activists with ties to the Maltese government and the Malta Gay Rights Movement (MGRM) reported him to police for the interview, he now faces up to €5,000 in fines or up to five months in prison if convicted of violating Article 3, Section 3 of Malta’s Affirmation of Sexual Orientation, Gender and Gender Expression Act, which makes it “unlawful for any person” to “advertise conversion practices.” The journalists who interviewed him also have upcoming court dates and face potential criminal sanctions for their part in conducting the interview.

MGRM did not respond to Fox News Digital’s request for comment by time of publication. 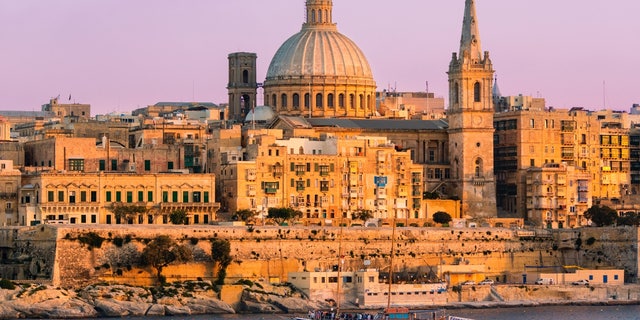 Grech is slated to appear before the Court of Magistrates in Valletta on Feb. 3, where he will be assisted in legal defense by the Christian Legal Centre (CLC), a London-based nonprofit that focuses on cases of religious discrimination against Christians.

Andrea Williams, chief executive of the CLC, said in a statement provided to Fox News Digital that Grech’s treatment by Maltese authorities is discriminatory and violates “his Christian freedoms and fundamental right to free speech.”

Grech’s lawyers plan to argue that his prosecution is a violation of his right to freedom of expression guaranteed both under the Constitution of Malta and the European Convention on Human Rights (ECHR).

“The domino effect of ‘conversion therapy’ bans began in Malta,” said Williams, who warned that the case threatens to set a precedent that could spread to other Western countries “unless robust action is taken.” 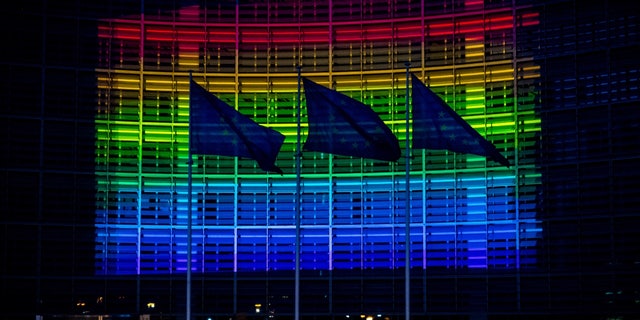 European Commission headquarters lit up in the colors of the rainbow flag in support of the LGBT community in Brussels, Belgium, on May 16, 2020.
(NurPhoto / Contributor via Getty Images)

Malta, an island nation between Sicily and the coast of North Africa, was the first country in the European Union to criminalize practices that would seek to “change, repress or eliminate a person’s sexual orientation, gender identity and/or gender expression.”

BIDEN EXECUTIVE ORDER TO CRACK DOWN ON ‘CONVERSION THERAPY,’ ACCUSE REPUBLICANS OF SEEKING TO ‘BULLY KIDS’

The legislation, which passed unanimously in 2016, resembles conversion therapy bans throughout the world, including in 20 states and more than 100 municipalities in the U.S.

Many such bans in the U.S. apply only to minors and carve out exemptions for religious counseling, though some in other countries prohibit consenting adults from seeking help from anyone for unwanted sexual attractions and behaviors.

“They want to ban Christian counseling in churches simply because it does not conform to their religion. They claim not to be religious, but I can tell you that they are just as religious as everybody else.”

In Canada, therapists who provide any form of counseling to repress or reduce “non-heterosexual attraction or sexual behavior” or “non-cisgender identity” could face up to five years in prison, according to a law put in place last year that prompted protests from thousands of churches throughout North America because of its scope. 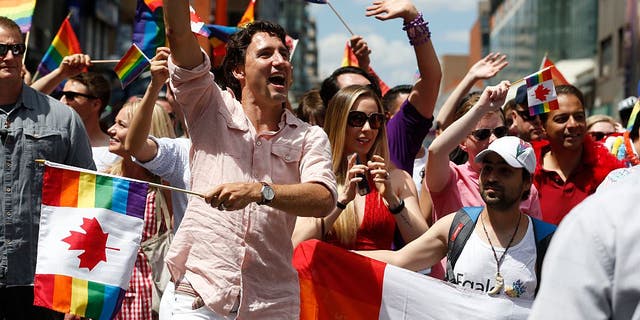 The Conservative Party-led U.K. government announced this week a plan to debate legislation to add transgender identity to Britain’s conversion therapy ban, which before applied only to sexual orientation.

The United Nations has deemed conversion therapy as tantamount to torture, and U.N. Independent Expert on Sexual Orientation and Gender Identity, Victor Madrigal-Borloz, called for a global ban on it in 2020.

During a 2020 interview similar to that which led to his prosecution, Grech recalled how his gentle personality and boyhood musical interests made him a target growing up among other boys, who bullied him and mocked him as gay.

He said he would assume that label as an identity and go on to become involved in sexual relationships with other men in an attempt to find male acceptance, but that he began to desire a new lifestyle upon becoming a Christian.

Grech became involved with the U.K.-based International Federation for Therapeutic and Counseling Choice (IFTCC), an organization that aims “to promote a caring, nonjudgmental environment where people who choose to move away from their unwanted feelings and behaviors can find the support they’re seeking,” according to its website.

He is also a trustee of Core Issues Trust, a group that works closely with IFTCC and supports “men and women with homosexual issues who voluntarily seek change in sexual preference and expression.” 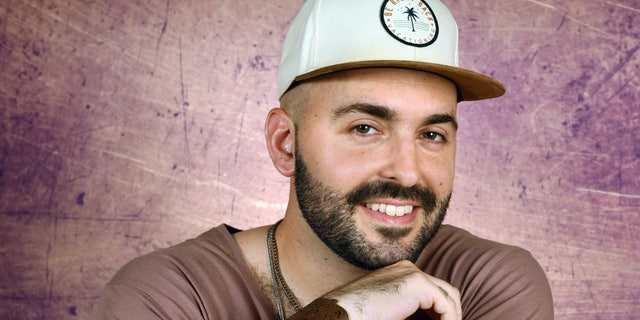 Grech says there many others like him who have “very valid reasons” for seeking to move away from unwanted sexual feelings, but fears such individuals are increasingly being marginalized and driven underground by the effects of overbroad conversion therapy bans.

“To deny people access to spiritual or secular support in any context is barbaric,” he said. “It’s simply barbaric.”

Grech believes the activists propelling the sort of conversion therapy ban enforcement he is facing “don’t just want to ban forced help or support, they want to ban our views altogether.”

“They want to ban Christian counseling in churches simply because it does not conform to their religion,” he said. “They claim not to be religious, but I can tell you that they are just as religious as everybody else. They do have a belief system, they do have a very specific vision.” 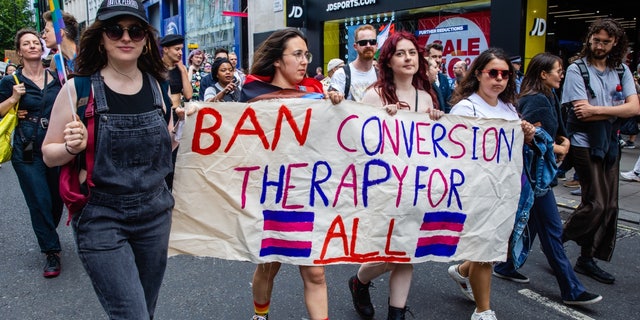 Despite its small size, Grech noted that Maltese culture is seen as a “forerunner” and “pioneer” in Europe, consistently ranking at the top of ILGA-Europe’s list of most progressive countries.

Parliamentary Secretary Rebecca Buttigieg announced last week that Malta is strengthening its conversion therapy law by adding an amendment to redefine the advertising clause “to include the publishing, advertising, displaying, distributing, referral and circulation of any material promoting the practice,” according to the Times of Malta.

“So it is concerning the other countries will follow suit, but we need to alert other nations and to show them what the real face of a conversion therapy ban is,” Grech said. “It’s just a foothold for these LGBT lobbies to get into churches and to get the pastors and get the gospel ministers to shut up and conform, and it’s just simply not sustainable.”

‘The idol of our generation’

Grech noted the irony that the first case of his kind should be in Malta, which has a notable position in the history of his faith. One of the first Roman colonies to convert to Christianity, the island featured in the New Testament as the place where the apostle Paul was shipwrecked and left unharmed from the bite of a venomous snake that emerged from a fire.

“That story speaks to us to this day, because when Paul arrived in Malta, a fire was set because it was cold, and a snake fastened itself against his arm,” Grech said, referencing the story in Acts 28. “He shook it off, told it where it needs to go, and it went back to the fire.”

“People at first thought he was being judged by the gods because that snake fastened itself around his arm, but when they saw that nothing happened to him, they changed their minds,” he said. 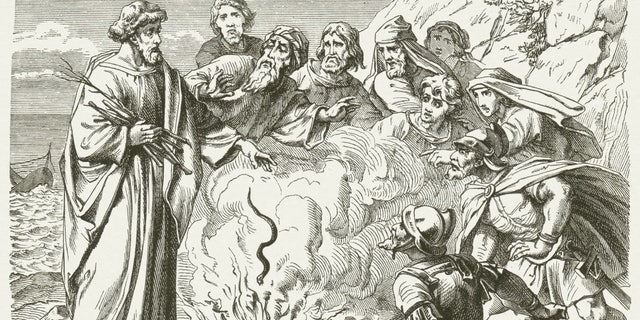 The apostle Paul shakes a viper off of his arm into the fire, as recounted in Acts 28.
(ZU_09 via Getty Images)

Grech likened the biblical story to his legal battle and the spiritual struggles of people like him who fight to maintain their faith despite their feelings amid what he sees as the tightening grip of opposition from government and the culture.

“I believe that as we survive this snake that is trying to poison us and harm us, as we look toward God, who is able to save us and redeem us, people will shift their perspective,” he said.

“We believe in the best for our nation, but there has been an idol that has been set up, and it needs to come down,” he added. “We are facing the idol of our generation, and we’re saying, ‘We’re not going to bow down to you, no matter what the cost.'”