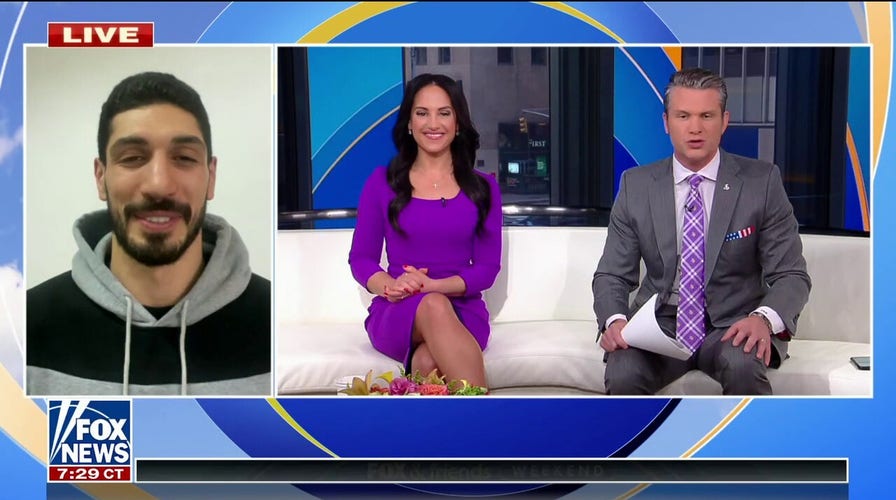 Britain and Japan will sign a landmark agreement that will allow U.K. forces to deploy to the Far East country.

“Years of negotiation will culminate in the signing today, which will rapidly accelerate defense and security cooperation and allow the U.K. and Japan to deploy forces in one another’s countries,” British Prime Minister Rishi Sunak’s office said in a press release Wednesday.

“It will also cement the U.K.’s commitment to Indo-Pacific security, allowing both forces to plan and deliver larger scale, more complex military exercises and deployments,” the statement continued. “The U.K. will be the first European country to have a Reciprocal Access Agreement with Japan, the most important defense treaty between the U.K. and Japan since 1902.”

Negotiations began in 2021 and will wrap up with a signing at the Tower of London. The deal will allow for Britain and Japan to deploy troops to each other’s countries.

The agreement will help the two countries “cement our commitment to the Indo-Pacific and underlines our joint efforts to bolster economic security, accelerate our defense cooperation and drive innovation that creates highly-skilled jobs,” Sunak said.

The British government said it will allow the armed forces of the U.K. and Japan “to plan and deliver larger and more complex military exercises and deployments.”

US, JAPAN TO PLACE ANTI-SHIP MISSILES ON OKINAWA AMID RISING CHINA TENSIONS

The signing reflects a new “Indo-Pacific tilt” in Britain’s foreign policy following the country’s departure from the European Union in 2020. Britain sees Japan as its key East Asian ally amid growing concern about China’s increasing military assertiveness and designs toward Taiwan, which it considers a renegade province. 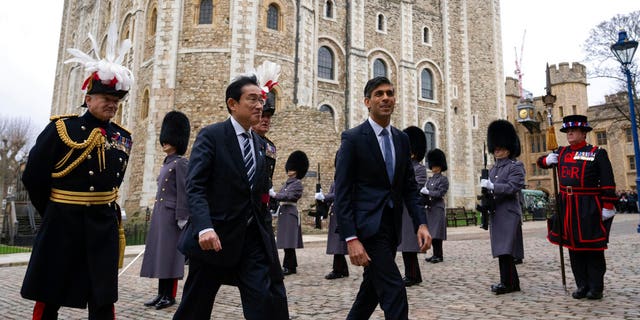 The U.K. applied to join the group in February 2021, and Japan took lead on negotiations to help Britain’s entry, for which it has remained a vocal supporter. 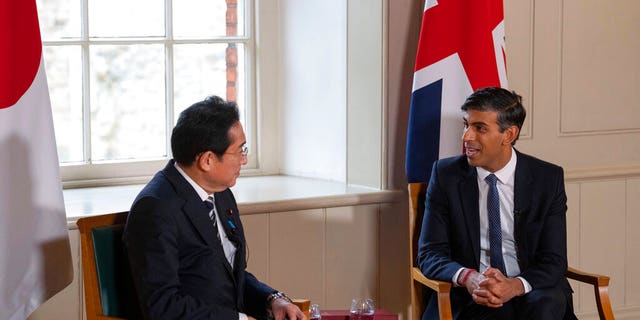 Japanese Prime Minister Fumio Kishida said he hoped he and Sunak would have a “strategic discussion.”

The leaders discussed Japan’s current presidency of the G-7, the need to maintain collective support for Ukraine against Russia, and efforts to maintain “chain resilience” in Asia.

They also visited a Japanese armor display that was presented to King James VI and I in 1613 by Shogun Tokugawa Hidetada of Japan, marking the first trade agreement between England and Japan.