Camille Herron put her ‘heart and soul’ into breaking the 100-mile world record. But officials now say the course was too short 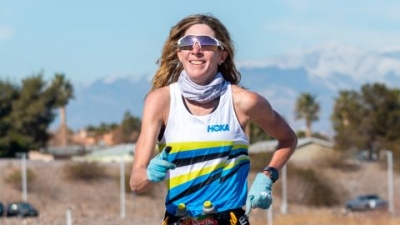 Camille Herron has called it a “unicorn moment” for the sport of ultrarunning – a performance that expanded the notion of what women can achieve in endurance events.

When Herron crossed the finish line at Jackpot Ultra Running Festival’s 100-mile race in Henderson, Nevada in February, she did so as the outright winner – even beating all the male competitors – and in world record time.

Completing the race in a staggering average pace of seven minutes and 37 seconds per mile, Herron’s time of 12 hours, 41 minutes and 11 seconds was almost a minute and a half faster than the 100-mile record she set in 2017.

But her efforts now appear to be in vain, at least as far as the record books are concerned.

In October, after remeasuring the course – which looped around Henderson’s Cornerstone Park – officials from USA Track and Field (USATF) deemed that it was short by 716 feet (about 218 meters).

For Herron, the news was as infuriating as it was upsetting.

'It showed me how strong our bodies can be,' says amputee athlete Jacky Hunt-Broersma after running 104 marathons in 104 days

“I definitely want it to count [as a record] because I put my heart and soul into that performance,” she tells CNN Sport. “It was such an historical moment for the sport.”

More than nine months on from the race, Herron remains adamant that she ran at least 100 miles that day. It’s a view also shared by her husband and coach, Conor Holt.

“It was a public park on the day, she was having to weave around people,” Holt tells CNN Sport. “There are people out walking their dogs, there are baby strollers – the park was full.”

Ken Rubeli, the co-race director of this year’s Jackpot Ultra Running Festival, says the course was remeasured by a USATF course measurement official on February 27 and certified as 100.00396 miles.

In a letter sent to Nancy Hobbs, chairwoman of the USATF Mountain, Ultra and Trail Committee, Rubeli said the remeasurement took place because a record had been broken, and also because of a change he made to a turn in the course three years ago for safety reasons. 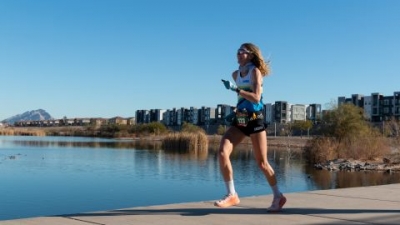 Eight months later, without Rubeli present, the course was remeasured once more by USATF officials and yielded the distance shy of 100 miles.

“We strongly believe this measurement [from February 27] is the most accurate as it was done with a sense of urgency as close to the race as possible,” Rubeli said in a statement released last month.

“We are disappointed the USATF wait[ed] 8 months to perform this critical measurement and did so without our knowledge or involvement and did not share the same urgency we displayed to address the issue.”

The USATF told CNN that the record was “extensively and thoroughly reviewed by expert officials” before being ruled as invalid.

In a statement sent to CNN, David Katz, chair of the USATF Road Running Technical Council (RRTC), said that on the day of the race, one of the USA’s top World Athletics race measurers, who had a family member competing in the Jackpot 100-miler, noticed the course was different to the one certified.

The measurer was instructed by USATF to remeasure the course twice on consecutive days while at the event, then again eight months later, according to Katz. All those measurements yielded a short course.

Katz said the record was not ratified “because the course was changed from what was certified” and added that the measurement report was shared with Herron and Holt on November 6.

However, there is still frustration with the way the situation has been handled by USATF.

In his statement, Rubeli raised safety concerns over two bikes – one a “large bulky electric bicycle” – entering the race in February to take a measurement, questioning “why the USATF felt it was appropriate to measure a course while an event was still in progress.”

Road courses are measured with a Jones Counter, a device that attaches to the front wheel of a bicycle and records distances based on the revolutions of the bike’s wheel.

Herron and Holt, meanwhile, are disappointed by the perceived lack of communication from USATF.

“It’s frustrating for me as an athlete because we try to cross our T’s, to dot our I’s – make sure everything is in place,” says Herron. “It’s really stressful to think that I set the world record and then find out that they did this other measurement and say that the course is short.”

Neither Herron or Holt is giving up on the cause.

“A remeasurement, that’s all we’re asking. Just get out there with the race director,” says Holt. “We want the truth to come out,” he adds, “we want a remeasurement of the course. I think that’s the least USATF can do for us.” 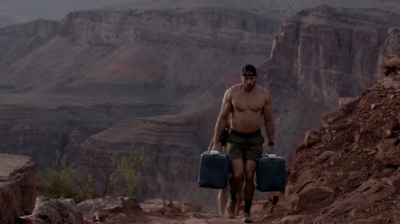 See what the US' fastest marathon runner is up to now

Herron is competing in another 100-mile race, the Desert Solstice Track Invitational in Phoenix, Arizona on December 10. That race takes place on a 400-meter track, while the race in February was run on roads and doubled up as the US road championship competition.

Running a record time in Phoenix might allow Herron to put some of the pain from the fallout of February’s race behind her.

But with ultrarunning – which refers to any distance longer than the 26.2 miles of the marathon – opportunities to race over such huge distances can be few and far between.

“I’m 40 years old,” says Herron. “I’m in the window of my prime of my running career right now, so I’m trying to make the most of those opportunities.

“I mean, it’s 100 miles. It’s not like I could just bounce back super quickly and go for it again. I need time to recover and to have other things align correctly to be able to go for a world record.”

The Oklahoma native attributes her success in the sport to her relentless drive and rangy physique. It’s not uncommon, she says, for her to win ultramarathon races outright by even beating all the male competitors – as she did at the Jackpot 100-miler.

“There’s this theory that as the distance gets longer, the difference between men and women gets smaller,” says Herron. “I don’t know the number of races I’ve won outright, beating all the men, but it’s happened several times.

“I’m also an outlier in the sport. For me to be breaking world records like I am – I have a gift, I have a genetic talent.”

While aggrieved by the circumstances around the Jackpot 100-miler, she also wants to focus on what lies ahead.

“I feel empowered by what I can do,” says Herron. “I’ve got huge plans for the future. It’s a really exciting time for my running career.”