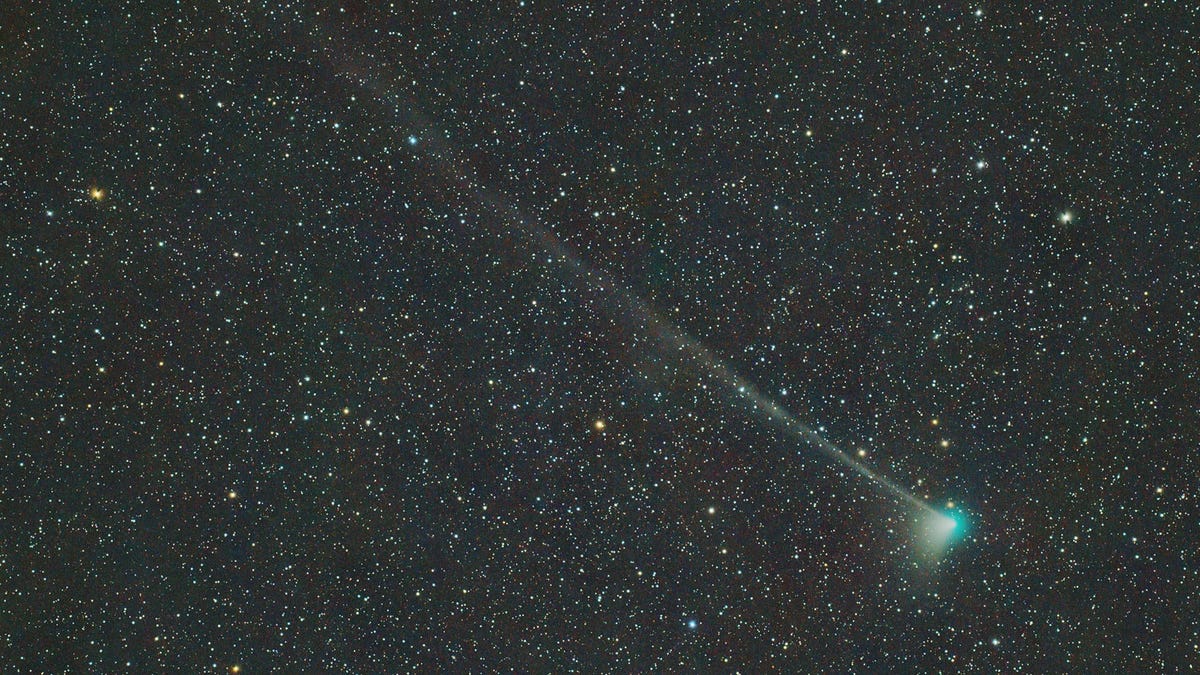 Now is the time to start looking for Comet C/2022 E3 (ZTF) in clear, dark, moonless night skies as it prepares to pass by Earth.

The Zwicky Transient Facility, aka ZTF, in Southern California discovered the dramatic object in March. It’d been speeding in the direction of the sun up until Jan. 12 when it reached perihelion, or its closest pass by the sun, before beginning a long journey back to the Oort Cloud on the edge of the solar system.

According to Joe Rao from both Space.com and New York’s Hayden Planetarium, it won’t return for roughly 50,000 years.

This makes January and February prime time to try to see it for yourself, perhaps even without the need of a telescope, if it continues to shine ever brighter.

By some accounts, the comet is already visible to the unaided eye from very dark locations.

If trends and the integrity of the cosmic cruiser hold, the moonless sky on Jan. 21 could mark a good night to start venturing out to try to spot it, according to the British Astronomical Association.

You can practice trying to spot the comet now with binoculars or a backyard telescope as it continues to brighten (hopefully) until Feb. 1. By far the easiest way to locate it is with a site like In The Sky or the excellent mobile app Stellarium.