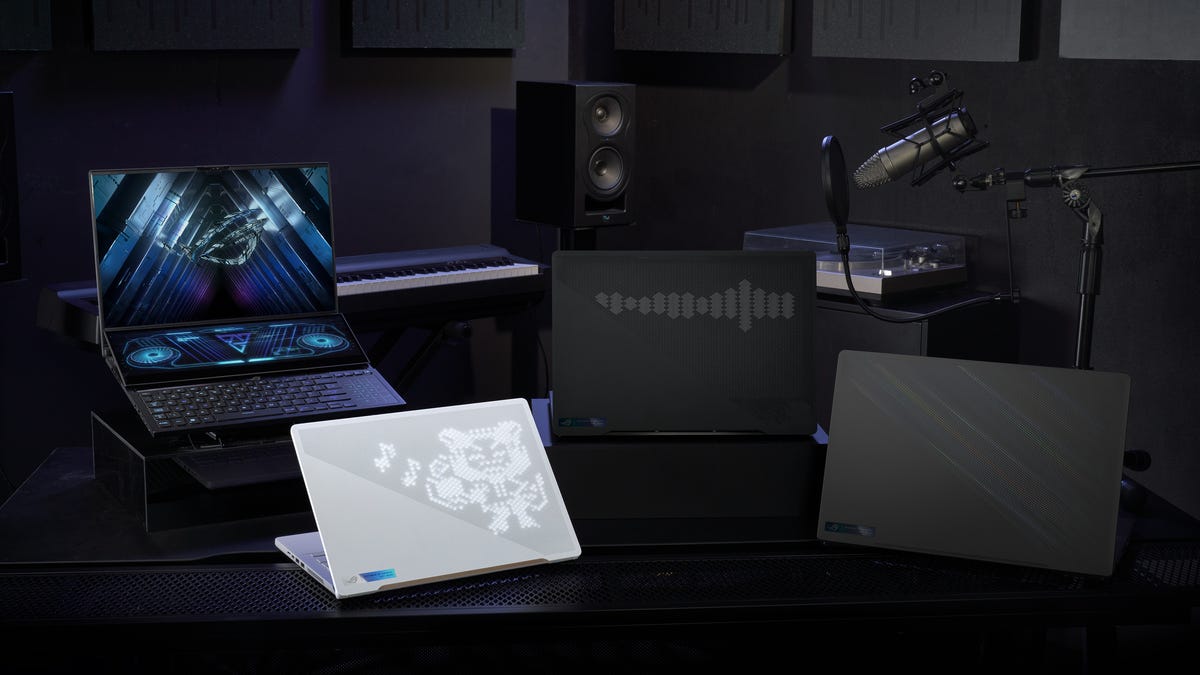 Asus’ CES gaming laptop announcements seem to touch every single model in its portfolio, though several commonalities run throughout. There are the usual everything-is-updated-to-2023-generation components, like Intel 13th-gen H and HX-series processors and the Nvidia GeForce RTX 40-series GPUs (as well as “next-gen” AMD CPUs and GPUs, which we’re expecting to hear about during the keynote on Wednesday night, Jan. 4). The company has announced a couple of interesting gaming monitors as well.

Screen updates abound — there are lots of 240Hz 1440p displays with smaller bezels and 16:10 aspect ratios, which you’ll see everywhere in gaming laptops — and you’ll see 16- or 18-inch models where there once were only 15- and 17-inch, another big trend at the show. And many have modest redesigns to accommodate new features or power profiles enabled by the updated components.

A few updates stand out, though from the eye chart of models and specs.

My fave is the rollout of Nvidia Advanced Optimus support across all Asus’ gaming laptops with Nvidia GPUs (or at least most of them). That’s the technology that enables the laptop screen to switch between operating on the discrete GPU or the integrated GPU without forcing you to reboot, and which finally lets the laptop display use G-Sync.

Asus’ ROG Nebula HDR displays, available on the Zephyrus M16, Zephyrus G14, Strix Scar 16 and Flow X16, have double the mini LED backlight zones: 1,024. They’re DisplayHDR 1000-compliant screens with a peak brightness of 1,100 nits. They have larger heatsinks, too, because that level of brightness can get hot. As mentioned above they’re 1440p 240Hz, plus 100% P3 gamut coverage. One exception is the Nebula HDR screen in the Zephyrus G14, which is a dimmer DisplayHDR 600. The 3ms pixel refresh isn’t stellar, though.

The XG Mobile external GPU that works with the convertible Flow X and detachable Flow Z models gets bumped up to an RTX 40-series GPU. 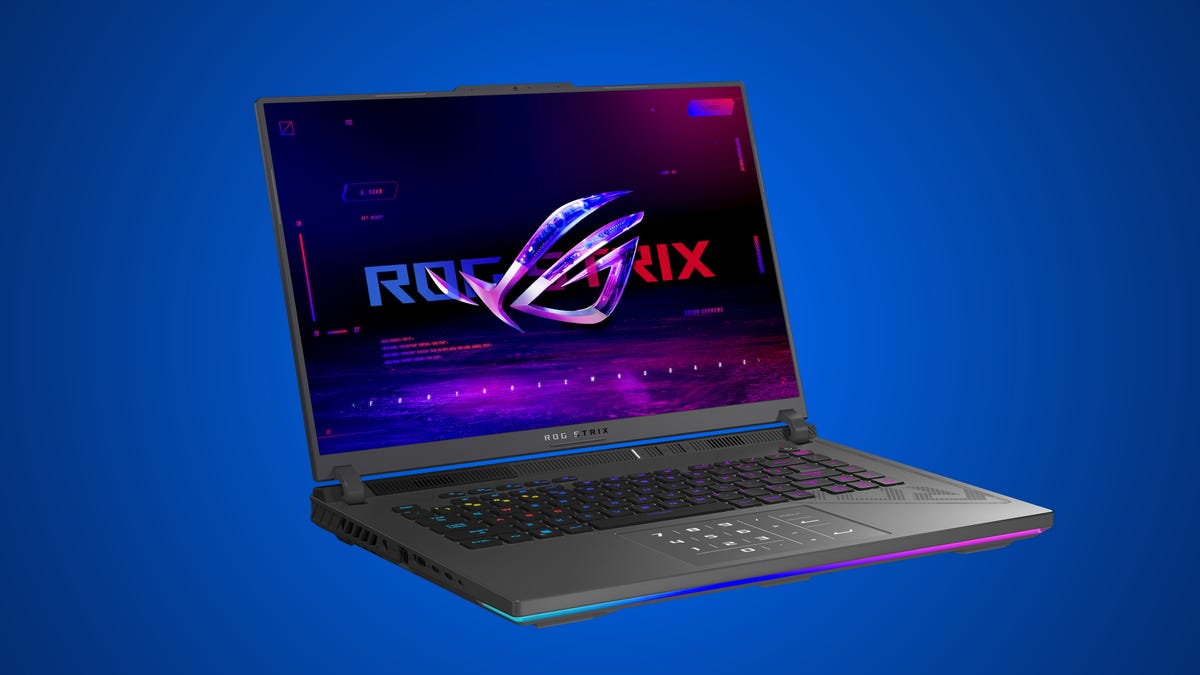 This year’s AMD Advantage Edition, the model which highlights all the latest and greatest technology on offer from that company, comes as a TUF; specifically, the TIF Gaming A16 Advantage Edition, one of the few laptops incorporating an AMD GPU, which is up to generation RDNA 3 this year. Sadly, the MUX switch — a clunky way to toggle between the discrete and integrated GPU — lives on here. Nor does it have Thunderbolt 4 support (it does have USB 4), because that’s still an Intel thing. There are a few more AMD CPU-based models as well.

A few models, generally the 16-inch Zephyrus models, have six-speaker arrays and many of the ROG offerings have been (finally) upgraded to 1080p webcams.

We don’t have any pricing yet, but they all seem to be slated for Q2 shipping.