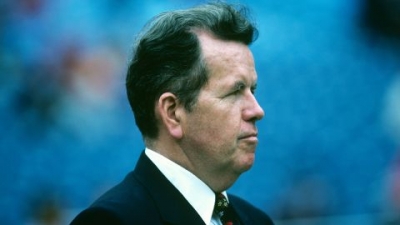 Art McNally, the “father of instant replay” and the first game official inducted into the Pro Football Hall of Fame, died at 97 of natural causes at a Pennsylvania hospital near his home Sunday, his son said Monday in a statement from the hall.

McNally was an NFL official for nine seasons, first serving as a field judge in 1959 and then as a referee from 1960 to 1967. In 1968, he became the NFL supervisor of officials where he created the first training and evaluation film study program for officiating members in professional sports.

Under his leadership, McNally brought technology to the officiating ranks of the NFL and he would eventually introduce instant replay to the league. He retired from the NFL in 1991 and was the World League of American Football’s supervisor of officials in 1992.

He returned to the NFL full-time in 1995 and was an assistant supervisor of officials until 2007. For the next six years he was an observer of officials for the league.

In August, McNally became the first game official to be enshrined into the Hall of Fame.

“I’ve been very fortunate having a career of many years in football, consistently, with the finest staff of officials throughout the country,” he said by video at his induction. “I know from the dedication, the love of the game, the desire to go out on the field every weekend, to see to it that the game is played according to the rules of the National Football League.”

He said officials do their work for the players, coaches and the fans. And he gave advice to fellow officials.

“This is the biggest thing, I think, for an official: Do the job. Hopefully nobody is even going to know you’re around. Make the calls the proper way, the way they should be, with a heavy dose of common sense,” he said. 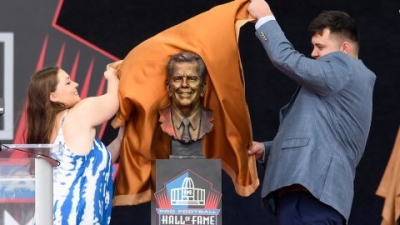 Jim Porter, president of the Pro Football Hall of Fame said in the statement that McNally was a “quiet, honest man of integrity.”

“His legacy as a strong leader who helped usher in the advanced training of officials and the technology necessary to keep up with a faster and more complicated game will be preserved forever in Canton.”

At the time of his death, McNally was the oldest living member of the 362 Hall of Fame members.

NFL Commissioner Roger Goodell expressed his condolences in a statement.

“Art McNally was an extraordinary man, the epitome of integrity and class,” Goodell said. “Throughout his distinguished officiating career, he earned the eternal respect of the entire football community. Fittingly, he was the first game official enshrined in the Pro Football Hall of Fame in Canton, Ohio. But more importantly, he was a Hall of Fame person in absolutely every way.”

In 2002, then-NFL Commissioner Paul Tagliabue created an annual award named after McNally which is given to a league game official “who exhibits exemplary professionalism, leadership and commitment to sportsmanship on and off the field.”

McNally also officiated for the NBA for one season.

Before joining the league office in 1968, McNally was a teacher and coach for 18 years in the Philadelphia School District.