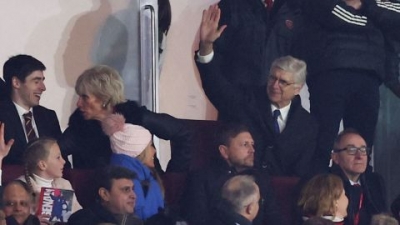 Arsène Wenger’s departure from Arsenal as the club’s manager in 2018 was bittersweet.

He is the longest serving manager still in the English Premier League, but stepped down after 22 years in charge with a disgruntled section of fans unhappy that Arsenal had been unable to win the league title since the 2003/04 season.

On Monday, Wenger was back at Arsenal’s Emirates Stadium for the first time in over four years to watch the team play.

Invited by Arsenal, the 73-year-old Frenchman watched from the club’s directors’ box as the Premier League leaders came from behind to beat West Ham United 3-1.

“I’ve been involved in the process, but it’s about him, the timing that he needed to make that step and hopefully, he’s going to live here and be willing to spend more time with us and be around us because he’s such an influence,” Arsenal manager Mikel Arteta told the club’s website after Monday’s win.

“For me personally – my career and the way I see the game – but as well for this football club,” added Arteta, who played for Arsenal and Wenger between 2011 and 2016. 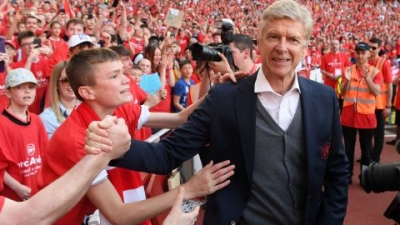 Wenger shakes hands with a fan after the Premier League match between Arsenal and Burnley at the Emirates Stadium on May 6, 2018.

When Wenger arrived in England he was only the third overseas manager to coach a Premier League team.

He introduced new ideas about nutrition, training and tactics and established a track record for signing players who became global stars, notably, Patrick Vieira, Thierry Henry, Cesc Fabregas and Robin van Persie. Dennis Bergkamp, who signed just over a year before Wenger’s appointment as Arsenal manager in 1996, also blossomed under the Frenchman.

Nicknamed the “Professor” – Wenger has a degree in economics – the Frenchman also played a pivotal role in the building of Arsenal’s new training ground and the move from Highbury to the Emirates Stadium in 2006. 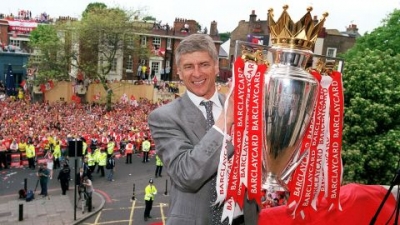 Wenger holds the Premier League trophy at Islington Town Hall on May 19, 2004.

The 2003-2004 team was nicknamed “The Invincibles” after it went through the Premier League season undefeated – with 26 wins and 12 draws.

Arteta said his team weren’t aware that Wenger would be watching the Boxing Day match.

“We wanted to keep it quiet and allow that space for Arsene here. And it was a really special day – thank you so much to him for coming,” Arteta told the Arsenal website.

“His presence is something that has to be very attached to this football club. So thank you for doing that because it means a lot to everybody in the club.” 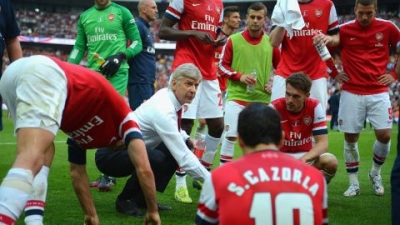 Wenger speaks with his players during the the FA Cup final against Hull City at Wembley Stadium on May 17, 2014.

Arsenal’s win over West Ham gave the Gunners a seven-point lead over Newcastle United at the top of the Premier League table.

“A really special day, because Boxing Day is a beautiful day to play football,” Arteta told the Arsenal website. “And I thought the performance was at the level today that he [Wenger] deserves, and hopefully he will like.” 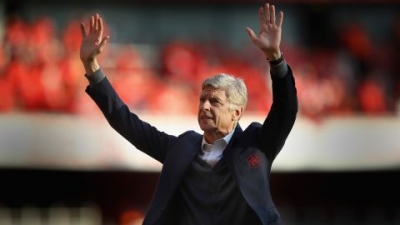 Wenger says goodbye to the Arsenal fans after 22 years as the club’s manager.

Since 2019, Wenger has been FIFA’s Chief of Global Football Development.

This story has been updated to make clear Dennis Bergkamp joined Arsenal just over a year before Wenger’s appointment as manager.