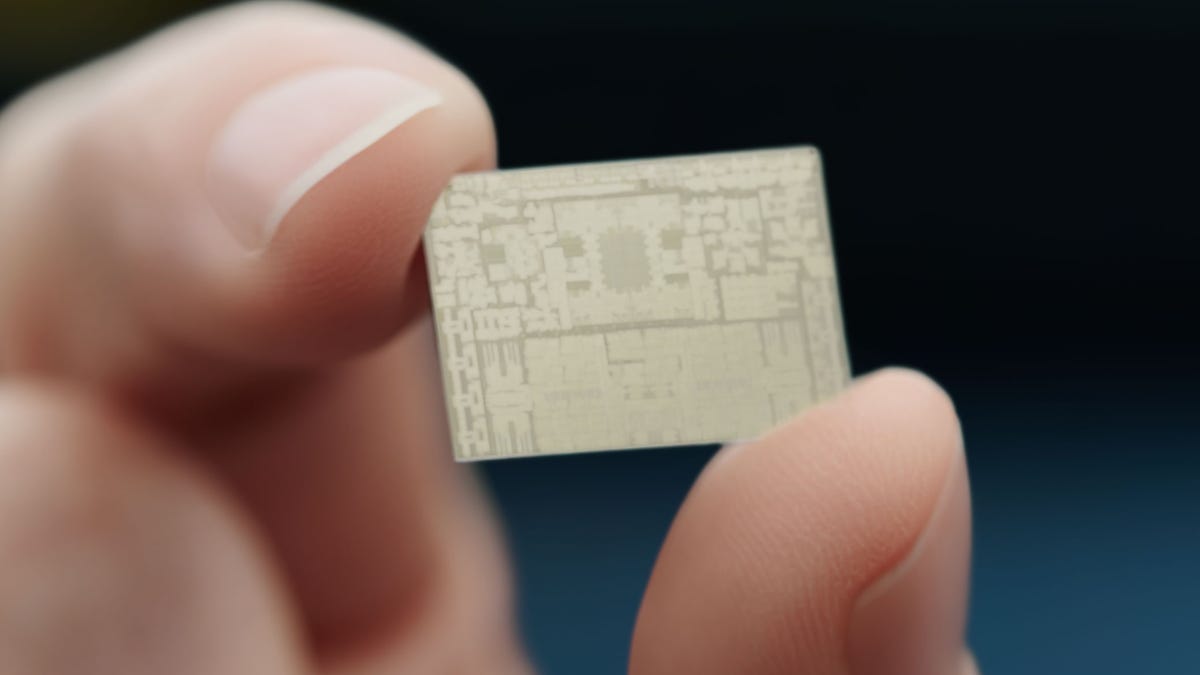 With its M2 Pro and M2 Max processors, Apple is repeating a strategy that worked well for its earlier M1 designs. By grafting some extra circuitry onto an efficient chip foundation, Apple can offer a significant upgrade to its new M2-based MacBook Pro laptops without a full chip overhaul.

Apple introduced its first in-house Mac processor, the M1, for MacBook Air laptops that arrived in 2020. The M1 already took advantage of chip design work for the iPhone’s A-series chips, but Apple beefed up the M1 with more processing cores to make the M1 Pro and M1 Max in late 2021 for higher-end MacBook Pro laptops. Then, in 2022, it glued two M1 Max chips together into the top-end M1 Ultra.

Now, Apple is headed the same route with the M2, which debuted in 2022 and now is joined by the M2 Pro and M2 Max for new MacBook Pro models. If history continues to repeat itself, we could see a Mac Pro based on a hulking M2 Ultra processor in the coming months.

The chips’ speed boost over M1 equivalents that debuted 15 months ago is significant — 20% at least by Apple’s measurements. Owners of year-old M1-generation MacBook Pro laptops to upgrade. But for those using older Macs based on the older Intel chips Apple ejected from its product line, the speed boost and better battery life could be much more compelling.

“These new Macs should help entice moving off Intel to M series in 23,” Creative Strategies analyst Ben Bajarin said in a tweet Tuesday. His firm estimates 42% of Mac owners in the US are still using Intel-based models, and the fraction is probably higher worldwide.

How did Apple speed up the M2 Pro and M2 Max chips?

The M2 Pro and Max chips are faster thanks to new designs for the chip’s central processing unit cores for general computation and graphics processing unit cores for handling graphics tasks and some other jobs that work on GPUs. The new designs also have more CPUs, GPUs and another core type for accelerating artificial intelligence tasks, which Apple calls its Neural Engine.

CPU performance is the foundation of everything a processor does, and all the M-series Pro and Max models employ four power-efficient CPU cores for better battery life. The remaining CPU cores offer higher performance cores for more important work. Intel also has adopted this approach, pioneered for smartphones.

The neural engine has 16 cores on both M1 and M2 generations, but Apple boasts its AI performance is 40% faster with the new chips. AI software is just getting started, but it’s used in important jobs like some Adobe Photoshop image editing, and you can expect that AI performance to become more and more important as more developers figure it out.

Speed boosts compared to Intel-based Macs, which use years-old Intel chips, are more notable. The M2 Pro is 2.5 times faster at compiling software and 80% faster at Photoshop image editing compared with an older 16-inch MacBook with an Intel i9 processor, Apple said. As for the M2 Max, it’s twice fast at video color adjustments and six times faster at Da Vinci Resolve video editing.

Some of the speed boost on the M2 Max comes from faster memory transfer, doubling to 400 megabytes per second, which helps with data-heavy chores like video editing and 3D modeling. The M2 Max new models also accommodate up to 96GB of memory, up from 64GB on the M1 Max.

How are the M2 Pro and M2 Max chips built?

As with all Apple-designed processors for the last few years, Taiwan Semiconductor Manufacturing Co. (TSMC) builds the chips.

TSMC has begun mass product manufacturing on a newer 3 nanometer (3nm) process. Expect that to be used for future iPhone, iPad and Mac processors, a move that should permit even more transistors.