Scam artists are maliciously and deliberately targeting lonely and vulnerable people, well aware that they are more susceptible to their deceit. Sadly, these heartless scammers’ first target is often the elderly.

They tug on their hearts with some sob story and, unfortunately in many cases, successfully drain their entire bank accounts. 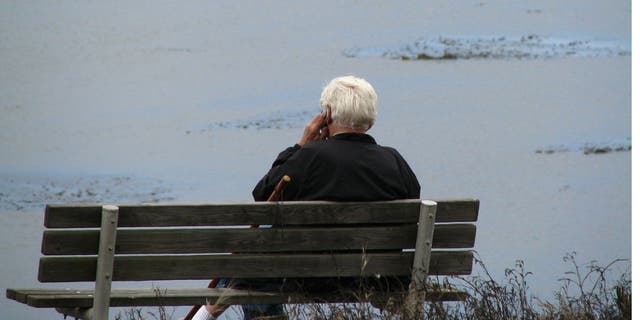 Veteran evicted from his nursing home as a result of a scam artist.
(Cyberguy.com)

Here’s a letter I recently received from Susie, who generously took the time to write to me with a very sad and frightening example of just how low these scam artists will stoop and the devastating consequences of their actions:

“Here’s a heartbreaking story for you. I volunteer at a nursing home. A very lonely 83-year-old gentlemen who lives there and who is estranged from his family answered a call or internet scammer about 8 months ago. He is very cognizant and has no guardian or power of attorney. He pays his own bills with his monthly checks from the VA and Social Security. This incredibly cruel scammer has convinced him she is a woman with a teenage daughter who is destitute. This evil person has convinced him twice to hand over his bank account and also social security number. He is in love with this person and refuses to believe he’s been scammed. The bank has tried to help by cancelling his account only to have him give the scammer his new bank number. We at the nursing home have tried to convince him for months he is being scammed.

After months of the scammer taking all of his monthly income, he has not been able to pay his bills at the nursing home and is $12,000.00 behind. After trying for months to work with him, they have given him his 30 days notice. A staff member was able to read to text messages between him and the scammer and the scammer had the audacity to try and help him avoid being evicted by encouraging him to tell the nursing home he was being scammed! We know he has never informed his children of the eviction because they too have given up telling him he’s being scammed and have abandoned him.

As of now, the nursing home has done all they can to try and get him transferred to another facility but they either have no room or do not want him if he continues with this charade of giving up his bank account number. He is facing being put in a hotel for one week and then he is on his own. The police and the County Elderly services have all been notified and said it is out of their hands because the gentlemen refuses to believe he’s been scammed. I don’t have the means to help him in any way but I am devastated for him none the less.”

A very heart-breaking story indeed, although an important one for people to take note of and continue to be vigilant and not let their guard down. 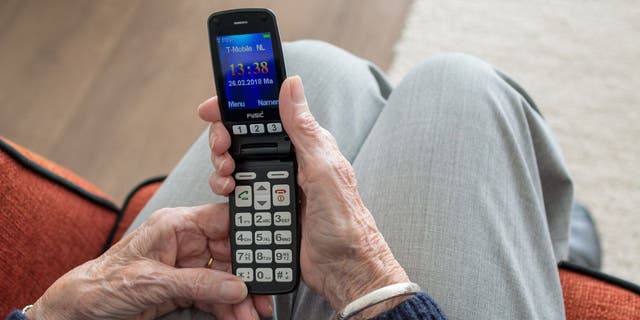 Why are the elderly targeted?

As Susie’s letter above illustrates, people aged 65 and older are often the prime targets of scam artists because:

Red flags to watch out for:

In addition to having all your friends and family programmed into your phone as contacts, it’s probably wise to also have other essential services programmed in, including:

This way, you know that the person calling you is legitimately who they claim to be. If your search proves that the call was dangerous, block the number immediately.

3. Be sure your voicemail is set up

Most of the time, scammers won’t leave messages. However, on the rare occasions that they do, you will be able to do a Google search of their phone number after they leave the message, where you can quickly and easily learn if the number contacting you was actually safe. 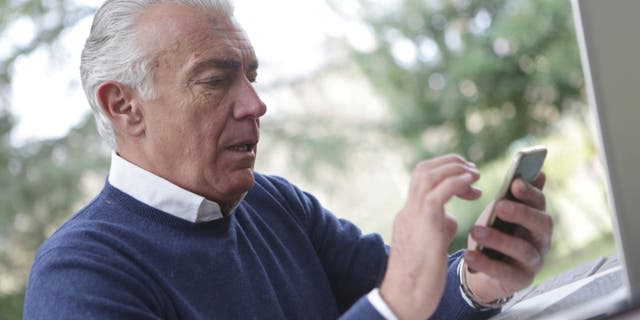 Neither the government, nor any service provider will ever call you unannounced demanding payment over the phone.

It’s increasingly common for scam artists to impersonate a business, such as a phone or a cable provider, or sometimes even the IRS, claiming you are late on your payments, or that you owe a significant number in back taxes. Even if either of those situations happened to be accurate, you would never be called out of the blue and ordered to pay over the phone. Should you receive a call demanding this, it is most definitely a scam artist.

How to detect scam texts

If a scam artist contacts you by text messages, you should first ask yourself if you recognize the number, and if it claims to be a service demanding payment, once again, they will not contact you that way. A few other important steps to remember are:

What if I or one of my loved ones falls victim to a scam?

First of all, don’t be the slightest bit embarrassed, as it could have happened to genuinely anyone. And the worst thing you can do is stay silent, as you can help prevent this from happening to others.

GOT AN IPHONE? DON’T WAIT ANOTHER SECOND TO UPDATE CRITICAL PRIVACY SETTINGS

How to block scam texts and calls from your phone 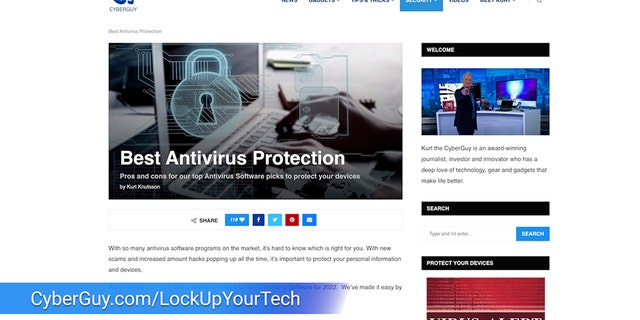 Protect your accounts and tech tools to prevent from scams
(Cyberguy.com)

You can stay a few steps ahead of the game by blocking unknown numbers from calling or texting you by following these simple steps.

Then too, it’s also advisable to install a trusted text-blocking service on your phone. Nomorobo is the one I recommend most. Available on both the Apple App store and the Google Play Store, Nomboro protects both landlines and mobile phones. While landlines are covered for free, mobile phones are protected at $2 per phone, but there is a 14-day free trial to see if it is the right fit for you.

I also advise everyone to have a trusted antivirus program running on all their devices. See my expert review of the best antivirus protection for your Windows, Mac, Android & iOS devices by searching ‘Best Antivirus’ at CyberGuy.com.