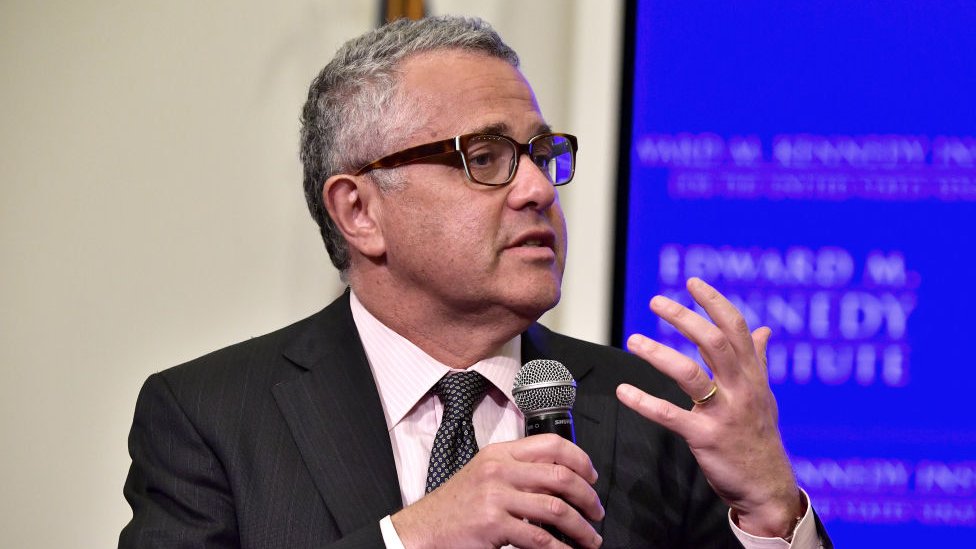 image copyrightGetty Imagesimage captionMr Toobin has apologised to his wife, friends and colleagues

A star reporter has been fired by the New Yorker magazine after he exposed himself on a staff Zoom call.

Jeffrey Toobin, 60, who is also senior legal analyst for CNN, confirmed in a tweet that he had been sacked.

The New Yorker's parent company Conde Nast wrote in an email to staff: "I want to assure everyone that we take workplace matters seriously."

After he was suspended last month Mr Toobin said he had believed himself to be off-camera during the incident.