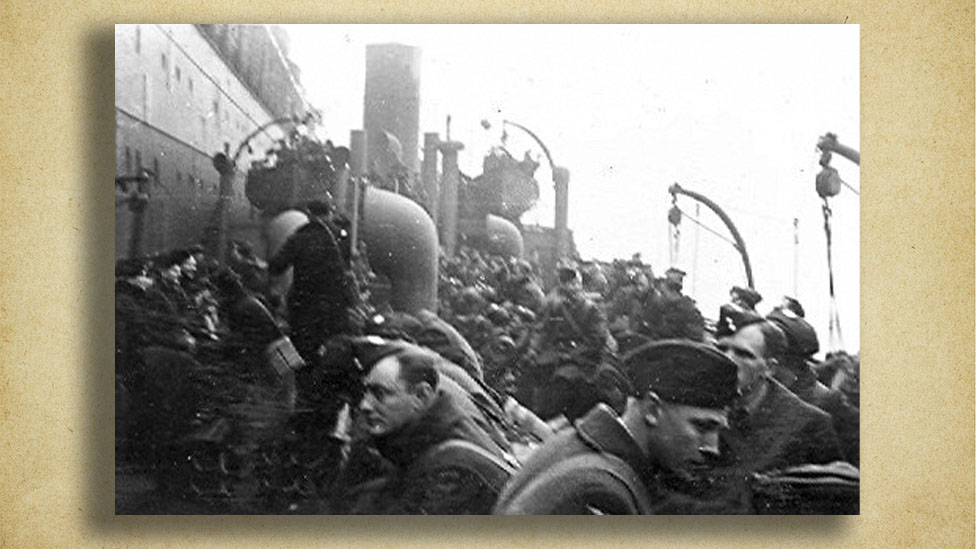 Peter Goffin's grandfather told many stories of his war years in the UK with the Canadian Air Force, but only ever showed his family one photograph – of his wedding to a Welsh bride, Peter's grandmother. But after he died, an album was discovered that provided images to accompany the tales the family knew so well.

The photo album had been right under my nose, my whole life. It was tucked into a drawer in my grandfather's house, under a bookcase I'd perused a hundred times, as I rummaged through the treasures and assorted oddities of that home I loved so much.

I spent my childhood surrounded by an extended, tight-knit family in Toronto, Canada. Get-togethers were big, glorious, noisy affairs with everyone, young and old, sitting around the same table.

My paternal grandfather, already retired, often came round to babysit. He would take my sister and me on day trips and stay home with us when we were sick.

I was named Peter after him, and I idolised him. He was a yarn-spinner and an expert joke-teller. He loved history, and had an encyclopaedic knowledge of the past, which he loved to share.

My favourite stories were about his experiences in World War II, and there was plenty to hear about.

Which tier am I in? Use our postcode checker for the latest Covid rules

Which tier am I in? Use our postcode checker for the latest Covid rules

Duchess of Cambridge highlights the importance of early childhood experiences