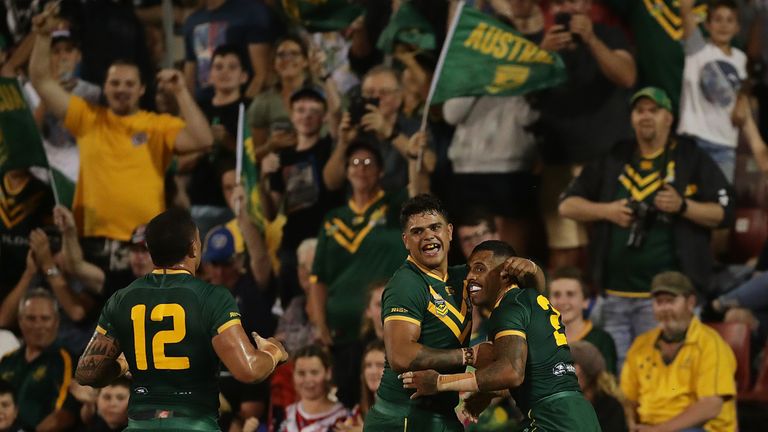 A debut try from Josh Addo-Carr helped Australia open their Oceania Cup campaign with a 26-4 victory over New Zealand at WIN Stadium on Friday.

Addo-Carr and Tyson Frizell went over to help the Kangaroos into a 12-4 lead at half-time in Wollongong, with Charnze Nicoll-Klokstad’s unconverted score keeping the Kiwis within touching distance.

But that proved to be the only time the visitors troubled the scoreboard, and further tries after the break from Damien Cook and James Tedesco ensured Mal Meninga’s side avenged the 26-24 defeat to New Zealand in Auckland just over 12 months ago.