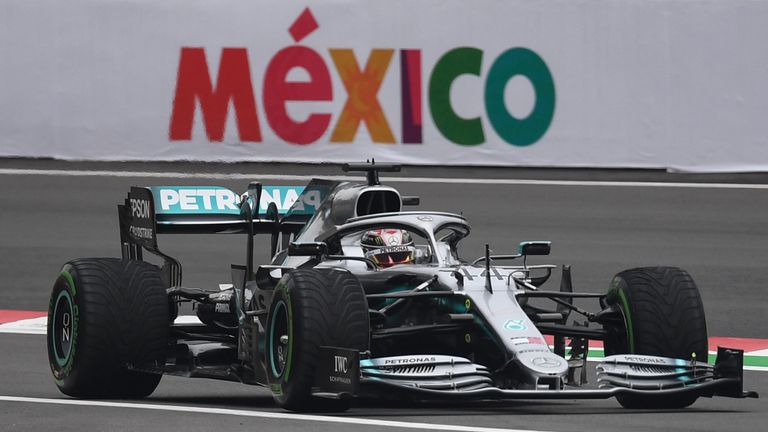 Lewis Hamilton made the perfect start to a potentially title-clinching weekend in Mexico as he out-paced Charles Leclerc and Max Verstappen to top the timesheets in a competitive first practice.

Hamilton will claim a sixth F1 championship on Sunday if he outscores Valtteri Bottas by 14 points and his 1:17.327 in the Mercedes was enough for top spot in the opening session – on a damp Mexico City track after overnight rain.

But Ferrari, billed as the pre-race favourites due to the long straight, will be happy with their pace as Leclerc was only a tenth off Hamilton despite setting his fastest time on the medium tyre compared to the Mercedes on the softs.