OLE GUNNAR SOLSKJAER is likely to stick with a two-man attack for Manchester United's trip to Norwich on Sunday.

Midfielder Paul Pogba is one of six players out injured after failing to recover from an ankle injury. 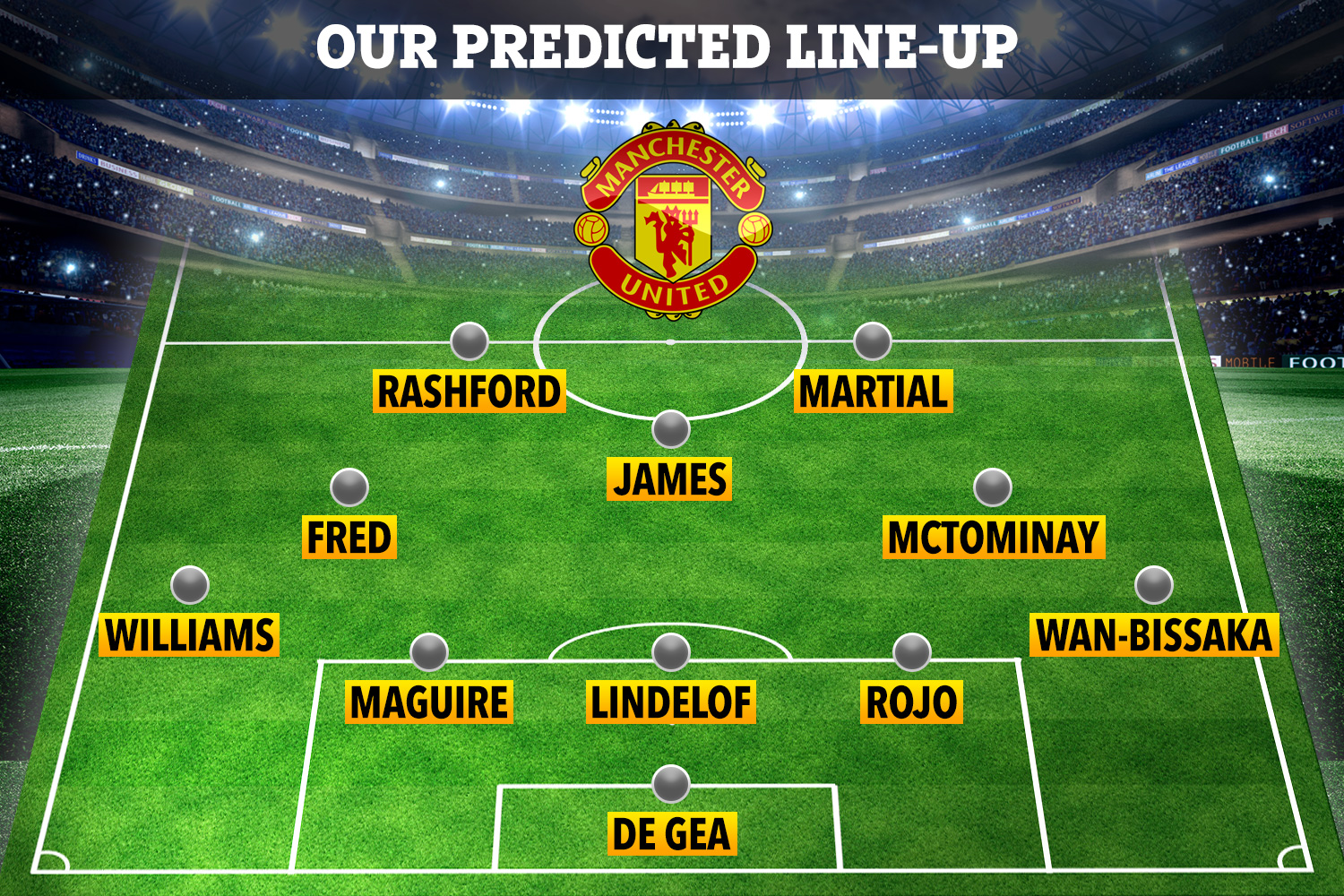 David De Gea is fit and will start in goal with Solskjaer likely to stick with three central defenders as they go in search for their first away league win since February.

United showed positives using the formation in the 1-1 draw against Liverpool and followed it up with a win in Serbia against Partizan Belgrade on Thursday.

Speaking ahead of the crucial clash with the Canaries, Solskjaer said: "I think the injuries made us get into a position where the performances didn’t come and we had fit centre-backs, good centre-backs, quality centre-backs and it just made it easier to go to a back three against Liverpool and again (against Partizan).

"Injuries have made us go into this position but it’s working quite well. We've got Jesse (Lingard) playing in that three in midfield.

It means a likely back three of Harry Maguire, Marcos Rojo and Victor Lindelof with Aaron Wan-Bissaka handed a license to roam forward on the right.

Brandon Williams' hugely impressive performance at left-back on Thursday means he could be given the nod over Ashley Young.

Scott McTominay and Fred are likely to sit in front of the defence with Daniel James in an attacking midfield role.

Solskjaer added: “We've got loads of players who can play behind two forwards. It's just about who's fit, who's in form and what do we decide is the best against Norwich.

“That (Rashford and Martial playing as a two) could happen, definitely. I thought Marcus and Dan James caused Liverpool problems, so it depends on who’s fit.

“We're looking more dangerous up front with two at the moment.”