ARSENAL host Crystal Palace on Sunday aiming to bounce back from their 1-0 defeat at Sheffield United with Hector Bellerin and Kieran Tierney set to make their first Premier League starts of the season.

The Gunners will be desperately hoping they can carry their momentum from the last-gasp win over Vitoria Guimaraes against the Eagles. 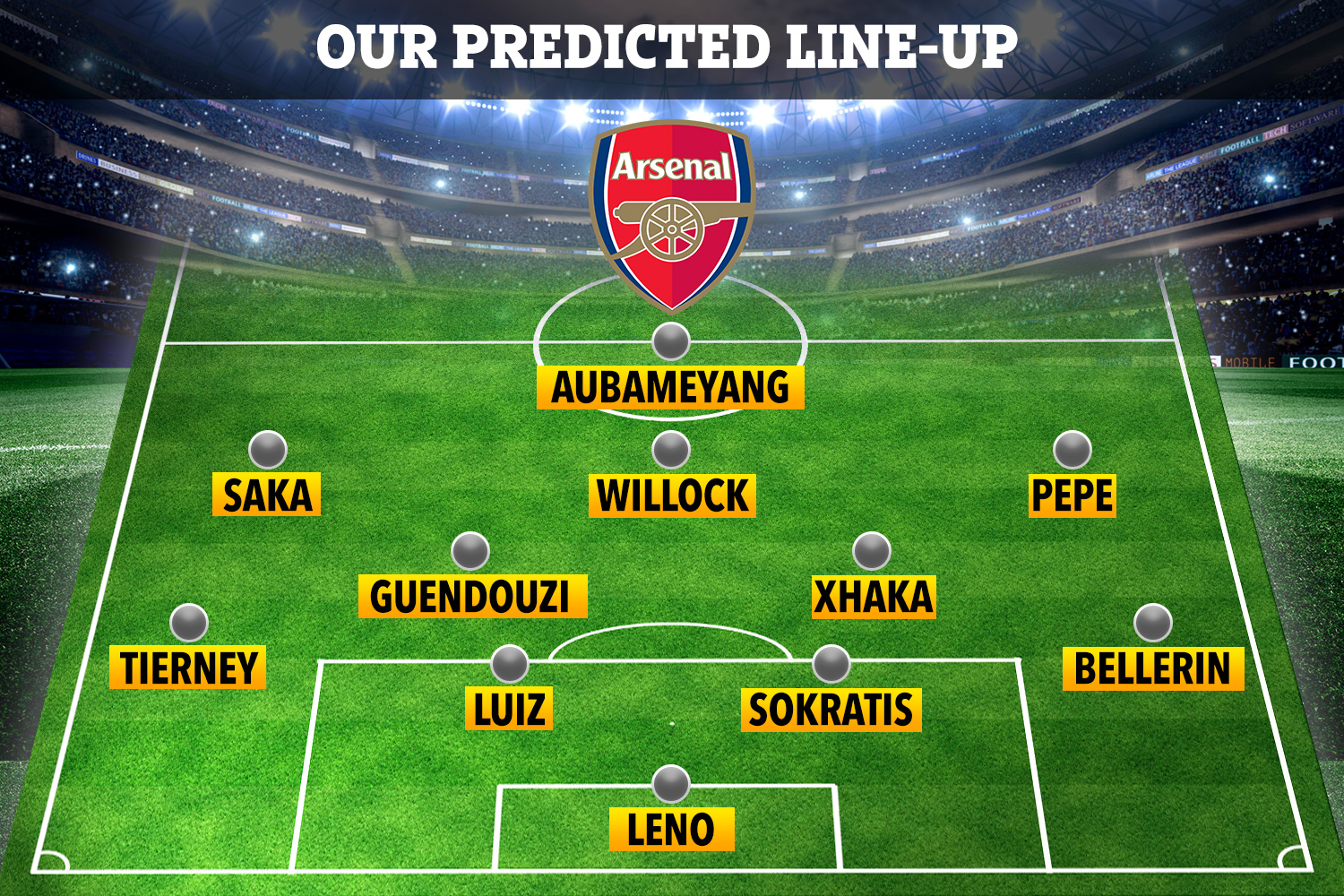 And having made their comebacks in cup competition in recent weeks, Bellerin and Tierney could now make their first Prem starts of 2019-20 on Sunday.

The full-back tandem have been nursing injuries all season, but both played the full 90 minutes of the 3-2 win in the Europa League on Thursday night.

Calum Chambers and Sead Kolasinac had occupied the flanks in the Bramall Lane horror show.

But £25million summer buy Tierney and fan-favourite Bellerin are almost certain to return to put a smile on Gooners' faces.

Bernd Leno is certain to start in goal, with Sokratis Papastathopoulos and David Luiz the likely centre-back pairing.

Matteo Guendouzi and Unai Emery-favourite Granit Xhaka should start in the holding midfield slots, with Joe Willock roaming in the No10 position.

Nicolas Pepe will not be on the bench for the game after his two stunning free-kicks completed a sensational comeback for Arsenal on Thursday night.

He is set to start alongside Bukayo Saka and Pierre-Emerick Aubameyang – rested for the Europa League game – on Sunday.

While he didn't make it on to the pitch, Auba was spotted passionately celebrating Pepe's last-minute winner on Thursday.

Now the Gabon ace will be forced to compete with Pepe to take any future set-pieces after the latter's heroics.