Giannis Antetokounmpo posted a triple-double before fouling out as the Milwaukee Bucks erased a 16-point deficit to rally past the Houston Rockets 117-111 on Thursday night at Toyota Center. 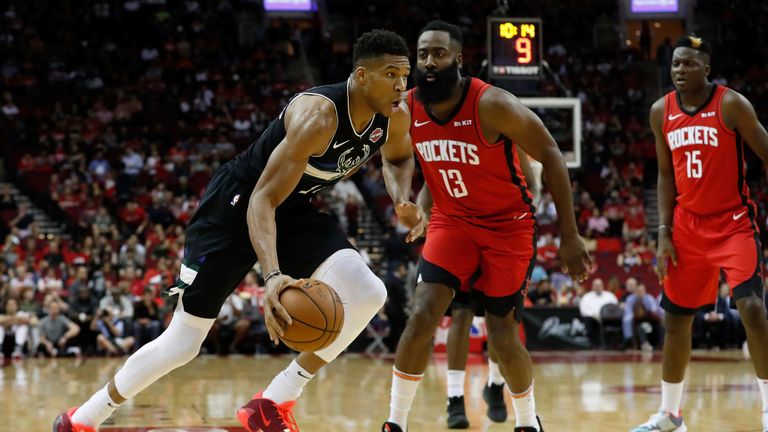 Giannis Antetokounmpo posted a triple-double before fouling out as the Milwaukee Bucks erased a 16-point deficit to rally past the Houston Rockets 117-111 on Thursday night at Toyota Center.

Antetokounmpo finished with 30 points, 13 rebounds and 11 assists before picking up his sixth foul with 5:18 remaining. 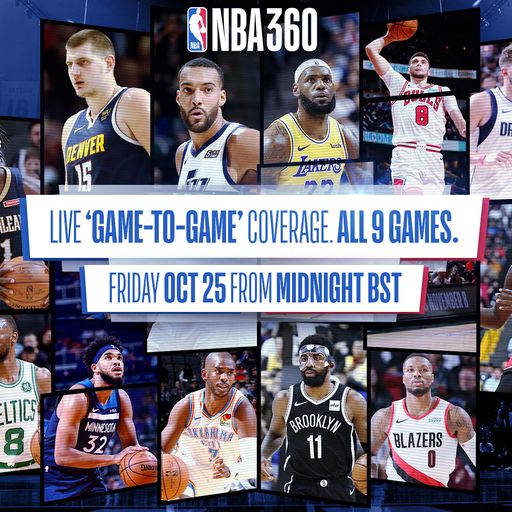 The Bucks led 101-95 at that juncture, but they did not collapse with the reigning NBA Most Valuable Player watching from the bench. A collective effort carried Milwaukee to victory in the regular-season opener for both teams, as seven Bucks scored in double figures.

Wesley Matthews had 14 points while Ersan Ilyasova, who gave Milwaukee their first lead at 91-90 on a second-chance basket with 8:34 remaining in the contest, added 13 for the Bucks.

Harden shot just 2-for-13 from the floor, and the Rockets misfired on 22-of-27 three-pointers after half-time to fuel the Bucks’ comeback.

Even with Harden unable to find his shot, the Rockets roared to an early lead. Harden still managed to connect on all eight of his attempts from the line, and with the Bucks’ wayward shooting, Houston forged a 26-13 lead. 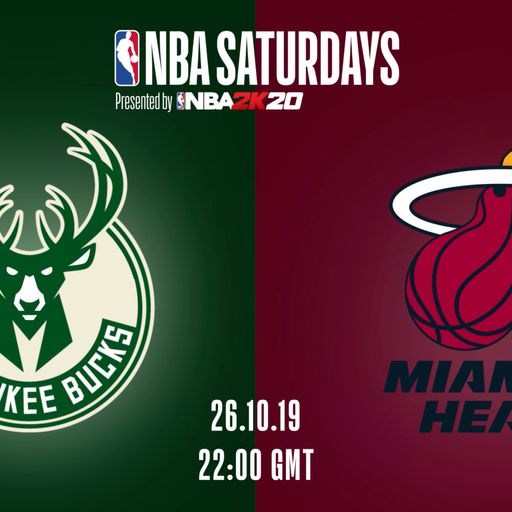 Antetokounmpo was largely quiet save for a brief seven-point spurt early in the second quarter, and the Bucks relied on Connaughton to keep them afloat.

Not only did Connaughton score 10 consecutive points for Milwaukee during one stretch in the second, but his playmaking proved critical in breaking down the Rockets’ defense. 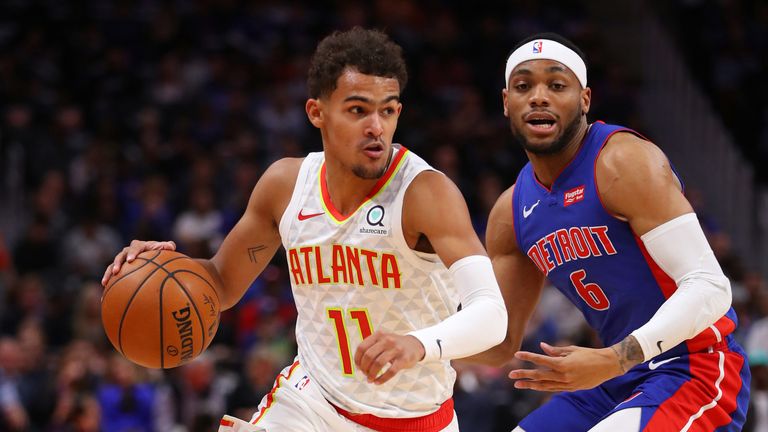 One night after the Pistons made a surprise first impression with a season-opening win on the road, the Atlanta Hawks did the same in Detroit.

Trae Young scored 25 of his game-high 38 points in the first half and added nine assists and seven rebounds to lead the Hawks to a 117-100 in their season opener at Little Caesars Arena on Thursday.

The Hawks started to separate themselves late in the third quarter, going on a 9-0 run to take a 91-79 lead with 34.9 seconds remaining in the period. 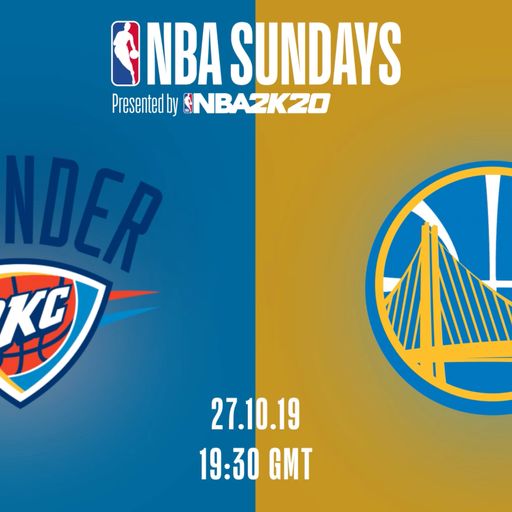 Derrick Rose came off of the bench to score 27 points in 25 minutes, and Andre Drummond had 21 points and 12 rebounds in defeat for the Pistons.