According to a statement from the league, Ayton tested positive for a diuretic. The statement said the 2018 No. 1 overall pick will begin serving the suspension Friday night, when the Suns visit the Nuggets in Denver.

ESPN reported that the NBA Players Association, however, will file arbitration papers on Ayton’s behalf and seek to have the suspension shortened or rescinded entirely based on the collective bargaining agreement’s “unintentional ingestion” provision.

“I want to apologise to my family, the entire Suns organisation, my teammates, partners, our fans and the Phoenix community,” Ayton said in a statement.

“This was an unintentional mistake and unfortunately I put something in my body that I was completely unaware of.” 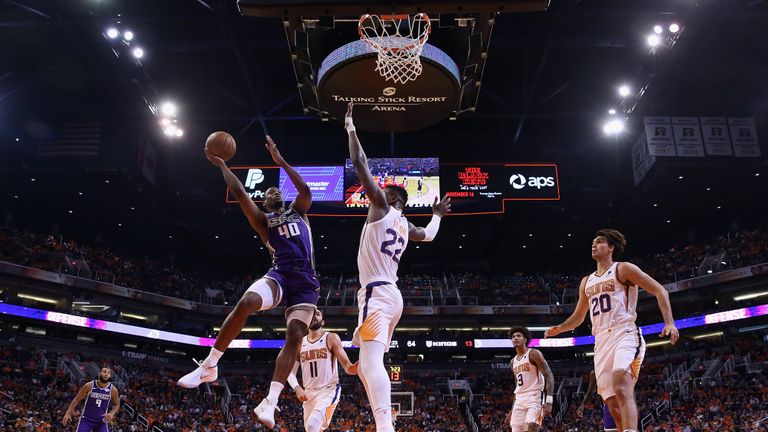 Highlights of the Sacramento Kings up against the Phoenix Sun in NBA Week 1.

Suns general manager James Jones said in a statement, “On behalf of the Phoenix Suns organisation, (coach) Monty Williams and I are disappointed in the actions by Deandre Ayton that led to his testing positive for a banned diuretic and subsequent suspension by the NBA. This does not uphold the standards and principles we have set for the team.

“Deandre has expressed his deepest remorse. While he is suspended we remain committed to his growth and development on and off the court. His actions are not taken lightly, and we are committed to ensuring that Deandre understands the profound impact it has had on the team, organization, and Suns community.”

Diuretics are banned as they can serve as masking agents. According to the ESPN report, sources with knowledge of Ayton’s tests said a follow-up test showed no traces of any other banned substances.

Ayton, who finished third in NBA Rookie of the Year voting last season, averaged 16.3 points and 10.3 rebounds in his first season.

The 21-year-old scored 18 points, grabbed 11 rebounds and blocked four shots in the Suns’ season-opening 124-95 win over Sacramento on Wednesday.