DILLIAN WHYTE has been made mandatory challenger for the WBC heavyweight title for February 2021 with baffled Eddie Hearn set to appeal the decision.

The Brixton Body Snatcher was made the No1 challenger way back in November 2017 but was avoided by reigning champ Deontay Wilder. 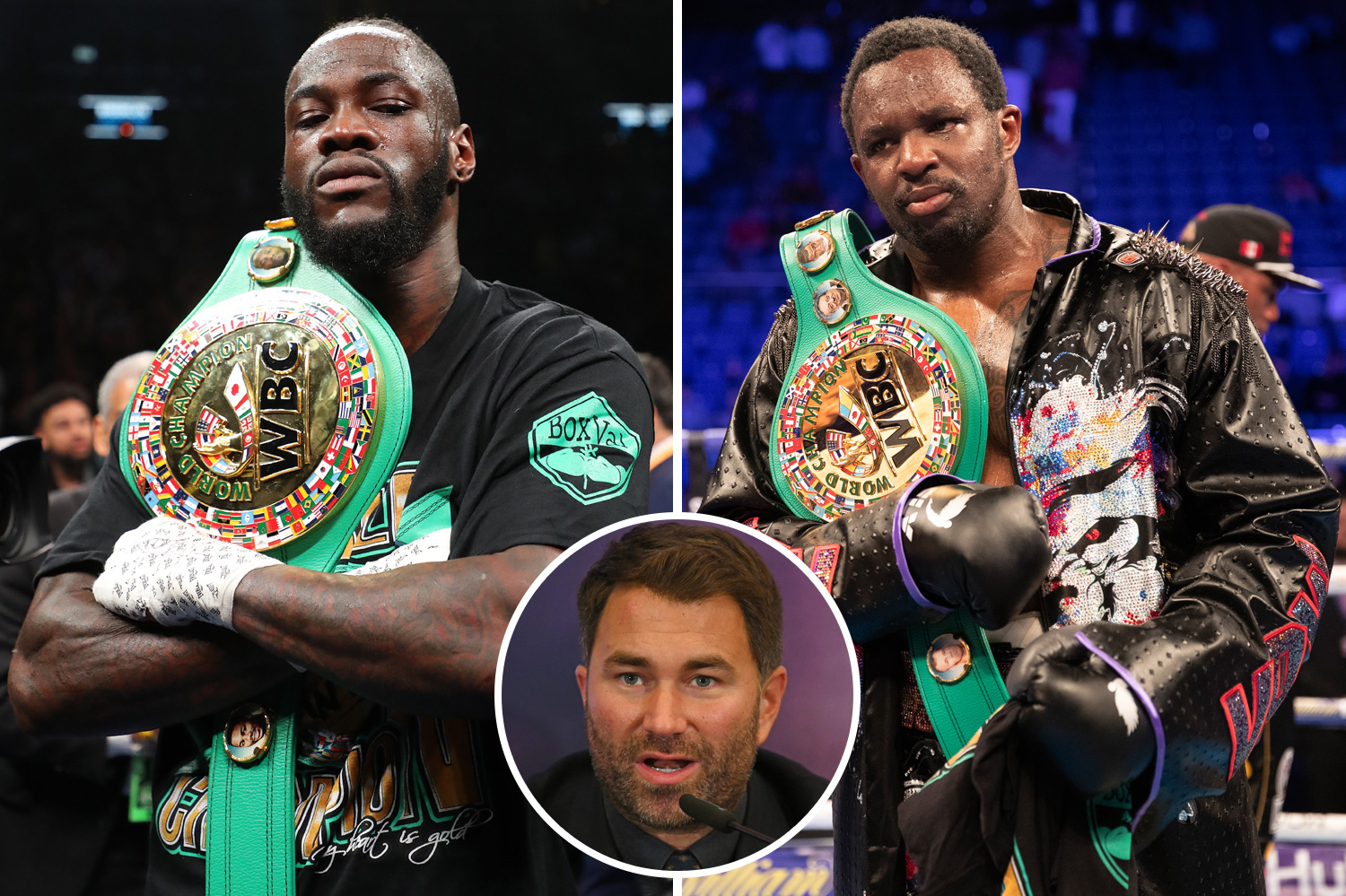 1 Dillian Whyte could have a crack at Deontay Wilder

A failed drug test revealed in July – that Whyte’s team insists he will be cleared over – led to the sanctioning body stripping him of his mandatory status until the case was settled.

But, with the result of the UKAD investigation still pending, the WBC has released a statement putting the Brit back in title contention but with another long 16-month wait ahead.

The WBC announced: “Heavyweight champion Deontay Wilder is scheduled to make a voluntary title defense on November 23 against No. 3 ranked Luis Ortiz of Cuba.

“The WBC has also approved the rematch against No. 2 ranked Tyson Fury of Great Britain to be held in 2020.

“No. 1 ranked Dillian Whyte’s situation is in process with UKAD and Whyte’s representatives, and with the WBC.

“If his situation is resolved, he will become the mandatory challenger for February, 2021.”

But Hearn, who has stood by the 31-year-old since the shock finding, has been left baffled by the dates and told SunSport we will be challenging the ruling.

If Whyte is cleared and waits around for the mandatory shot, it will take him close to 1,200 days waiting for his first crack at a world title.

Hearn said: "It is baffling, Dillian was supposed to be mandatory challenger to the winner of the upcoming Wilder vs Luis Ortiz fight.

"We are all very confused and we will be appealing the decision."