The Rams star, 33, has been ruled out for the season after being involved in a boozy car crash last month. 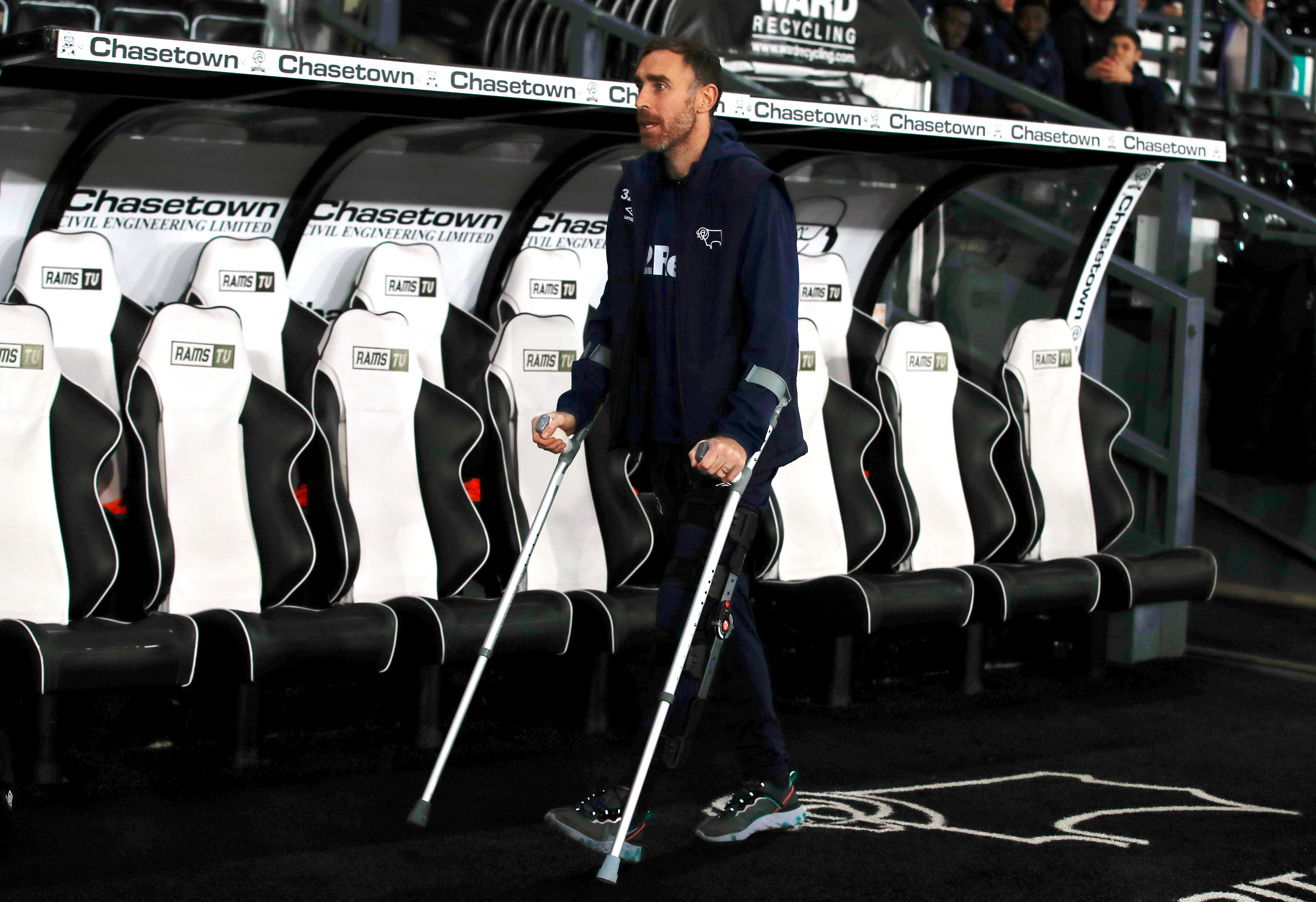 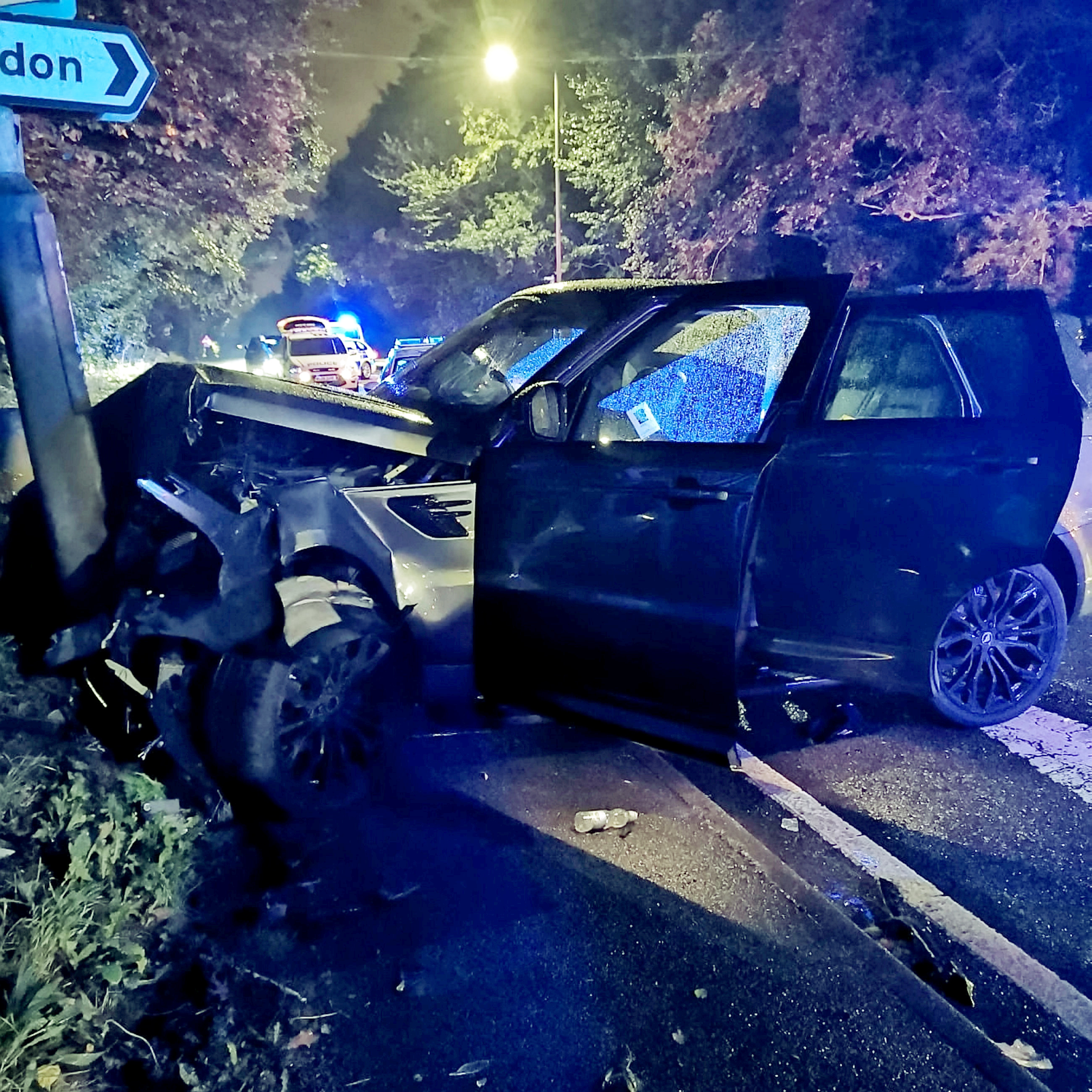 5 Keogh was in Lawrence's Range Rover when it crashed with the player over the legal limitCredit: SWNS:South West News Service 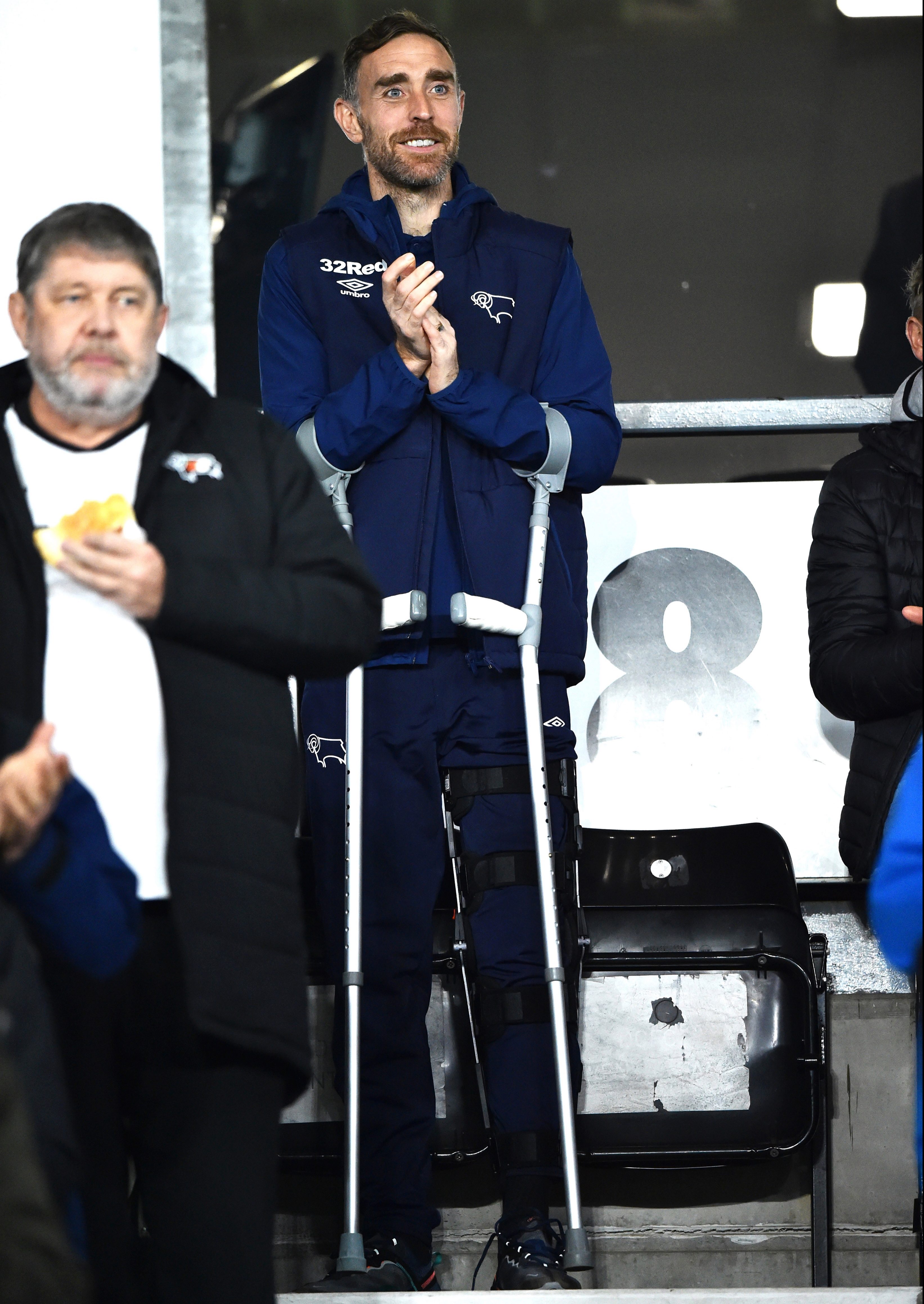 5 Keogh watched the game on crutches after being ruled out for the seasonCredit: Getty

Keogh was left unconscious following the smash near Derby with Bennett, 23, and Lawrence, 25, both around twice the legal limit.

He had been travelling in Lawrence’s Range Rover when it crashed into the back of Bennett's Mercedes GLC before ending up wrapped around a lamppost.

A shocking video from the night showed Bennett – who lives just three miles from the pub – vomiting in a urinal and downing lager hours before the crash.

The dad, who has a four-year-old daughter, "thought he would be OK" as he had thrown up after being "peer pressured" into necking a Jager Bomb shot.

Both drivers were nearly double the legal limit, as Bennett gave a reading of 64 microgrammes per 100 millimetres of breath and Lawrence a reading of 58.

The legal limit in England is 35. 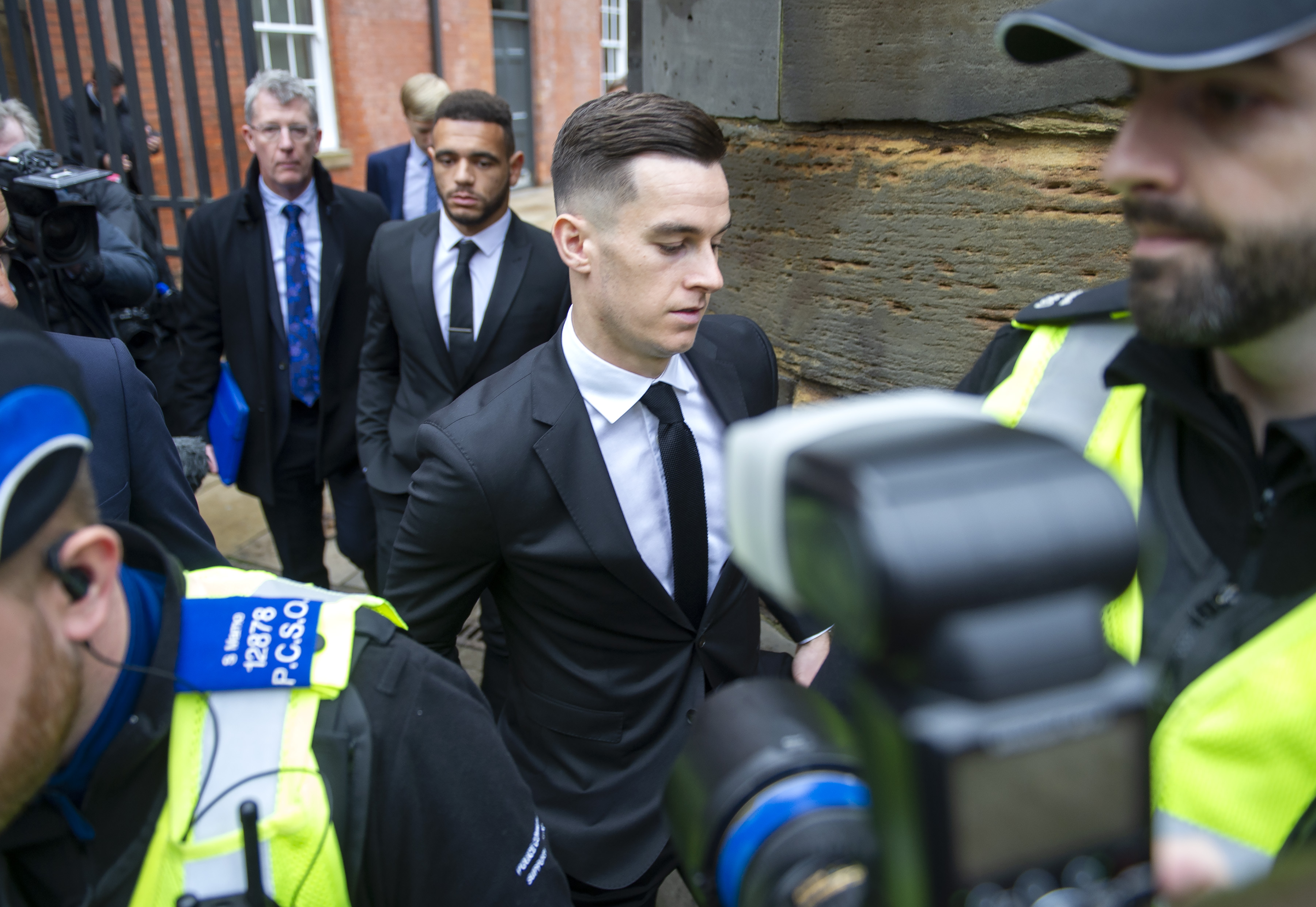 5 Bennett and Lawrence were spared jailed and banned from drivingCredit: The Sun 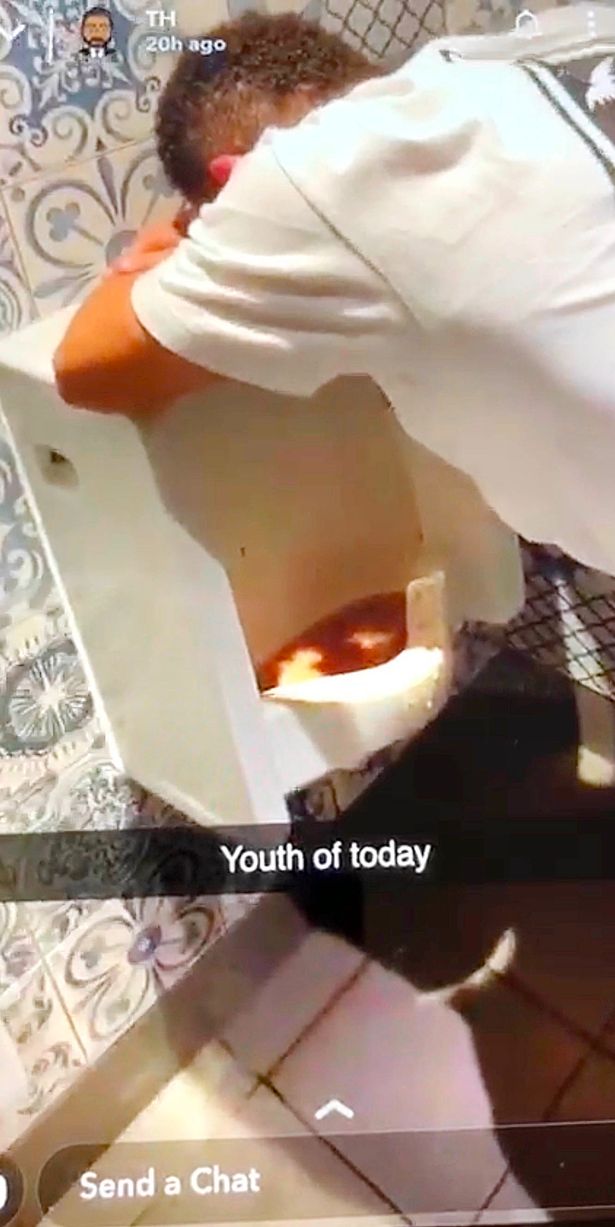 5 Bennett had been filmed being sick in a urinal before driving homeCredit: SnapChat/ Tom Huddlestone

MOST READ IN FOOTBALL'RACIST STEREOTYPE' Liverpool vow to hunt fans as 'highly-offensive' Origi banner removed FLUSHED WITH CASH Liverpool legend Agger rakes in record £1.77m profits from sewer company PRINCE AMONG MEN How Man U could line up after £3bn-plus takeover from Saudi Crown Prince LAST SHAW Man Utd sending Luke Shaw to Dubai for warm weather training after injury setback GossipREAL PROBLEM Real Madrid tell Brahim Diaz he can leave less than year after Man City move CITYSCAPE Man City to help with plans to build £300m 21,000-capacity arena next to Etihad GRIET DEAL Barca pay Atleti £13m to end Griezmann saga and get first refusal on more stars LION AT HEART Campbell is driven to succeed as a trail-blazing manager despite £40m wealth POT LUCK Chichester get £36k prize with BYE into FA Cup 2nd round and promise Bury donation OH ROD Pep slams Stones for not being ready to come on as Rodri limps off against Atalanta

But both Bennett and Lawrence were spared jail and were instead banned from driving for two years and ordered to carry out 180 hours of unpaid work.

And on Wednesday night, as Lawrence started Derby's Championship clash with Wigan, Keogh watched on from the stands.

The Irish ace arrived on crutches as he took his place in the Pride Park dugout – having played every minute of Derby's season up until the accident.