RENAULT have been disqualified from the Japanese F1 Grand Prix after being found guilty of using illegal driver aids.

The October 13 race saw the Anglo-French team finish in sixth and tenth, meaning they have lost the nine points won at Suzuka. 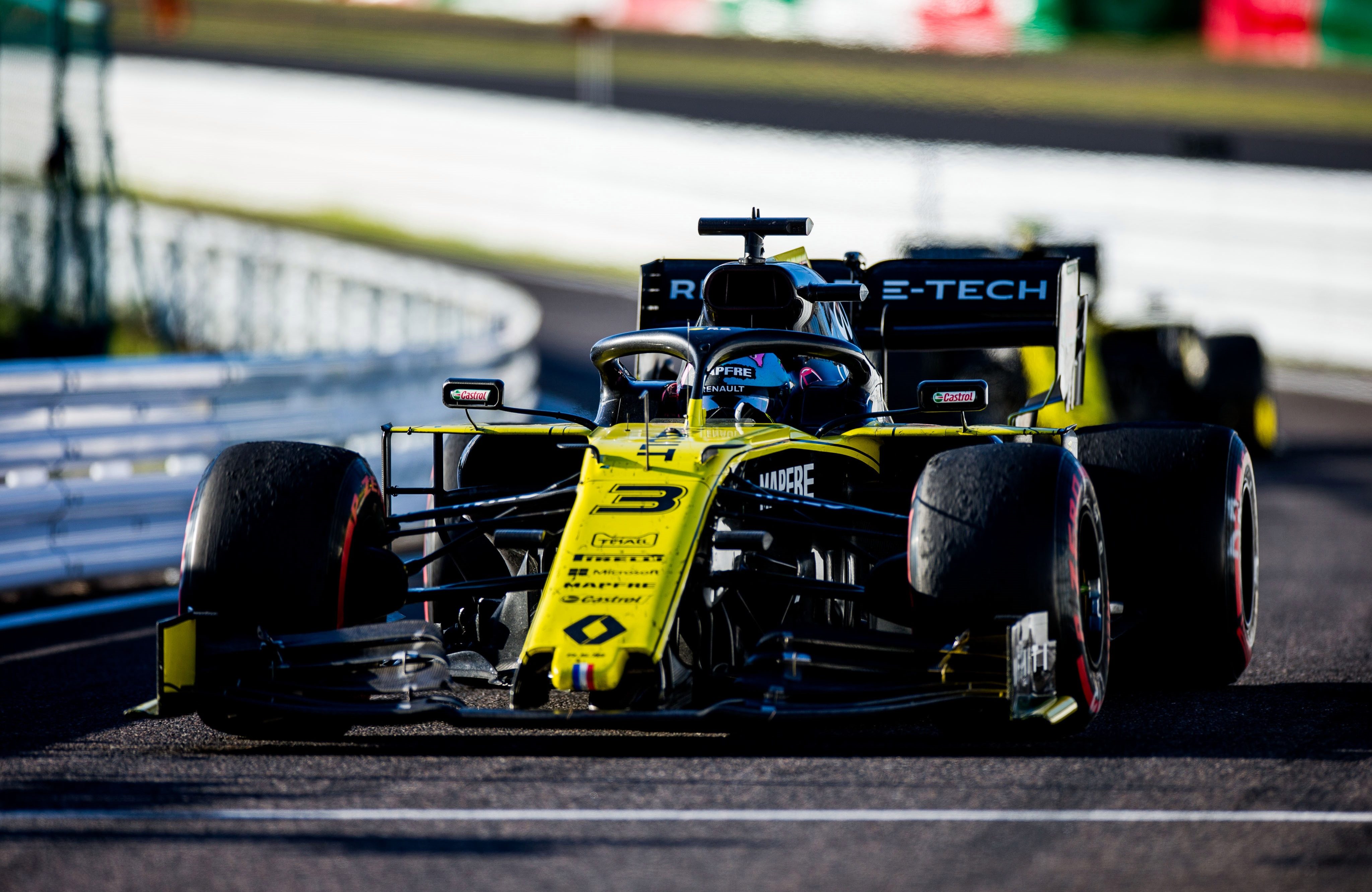 1 Renault's way of changing the brakes was legal, but the fact it changed them was notCredit: Getty – Contributor

Rival team Racing Point launched a complaint to the FIA under the belief drivers Daniel Ricciardo and Nico Hulkenberg were changing their brake bias illegally.

Formula 1 drivers can switch the exact level of braking between the front and rear tyres via buttons on their steering wheel.

This is done manually and can often be seen taking place during races via cockpit footage.

Renault were found guilty of changing the brake balance on their cars without any driver input.

This constitutes an illegal aid and fell foul of the rules – as it "saved the driver from having to make a number of adjustments during a lap" and thus gave them an advantage.

Authorities did however accept that it was not a technical violation because they had created a system that exploited a loophole in the rules.

FIA stewards confirmed Renault had used: "Innovative solutions to exploit certain ambiguities in the technical regulations and other supporting documents."

Ricciardo's eight lost points drops him from ninth to 12th in the Driver's Championship with Hulkenberg back to 13th. Charles Leclerc, Pierre Gasly, Lance Stroll and Daniil Kvyat pick up the extra points from Suzuka.

Following the complaint, the team currently sat fifth in the Constructors' Championship saw their steering wheels and electronic control units impounded for investigation.

Renault have until 4pm UK time to lodge an appeal, or 10am local time before the weekend's Mexico GP.

Their statement following the decision made clear they were considering an appeal, it read: "Considering the subjectivity of the qualification of a system as a driver aid and the variability of the associated penalties in recent cases, Renault F1 Team will consider its next course of action within the timeframe laid out by the FIA."