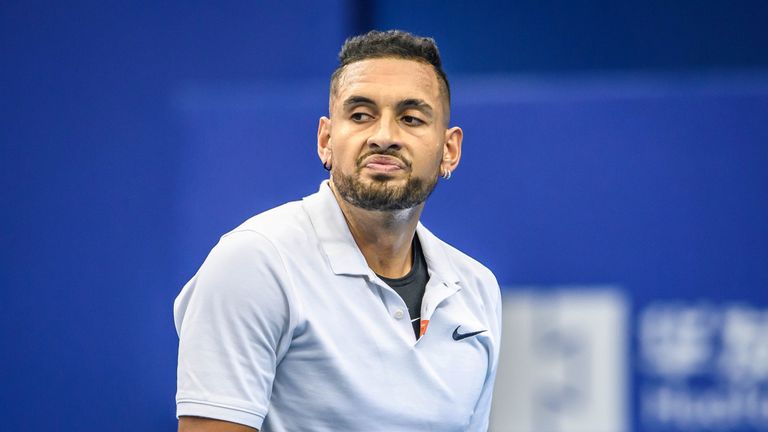 Nick Kyrgios, who has been placed on probation by the governing body of men’s tennis over his behaviour, hit out at Norwegian player Casper Ruud on Twitter on Thursday.

The Australian was responding to comments made by Ruud in an interview with Swedish tennis website Tennisportalen about their match at Rome in May where Kyrgios was disqualified after hurling a chair on to the court.

Ruud, who did not take kindly to Kyrgios’ tweet at the time about how he had celebrated the victory, said the 24-year-old was “completely crazy” and had behaved like an “idiot” on the court.