ANTHONY JOSHUA has drafted rock-hard giant Traveller Tom Little to bully him into shape for his Andy Ruiz Jr rematch.

The 32-year-old powerhouse, who took up serious boxing training after losing the top part of his ear when a thug bit it off in a street battle, has been doing rounds with the ex-champ at his Sheffield base. 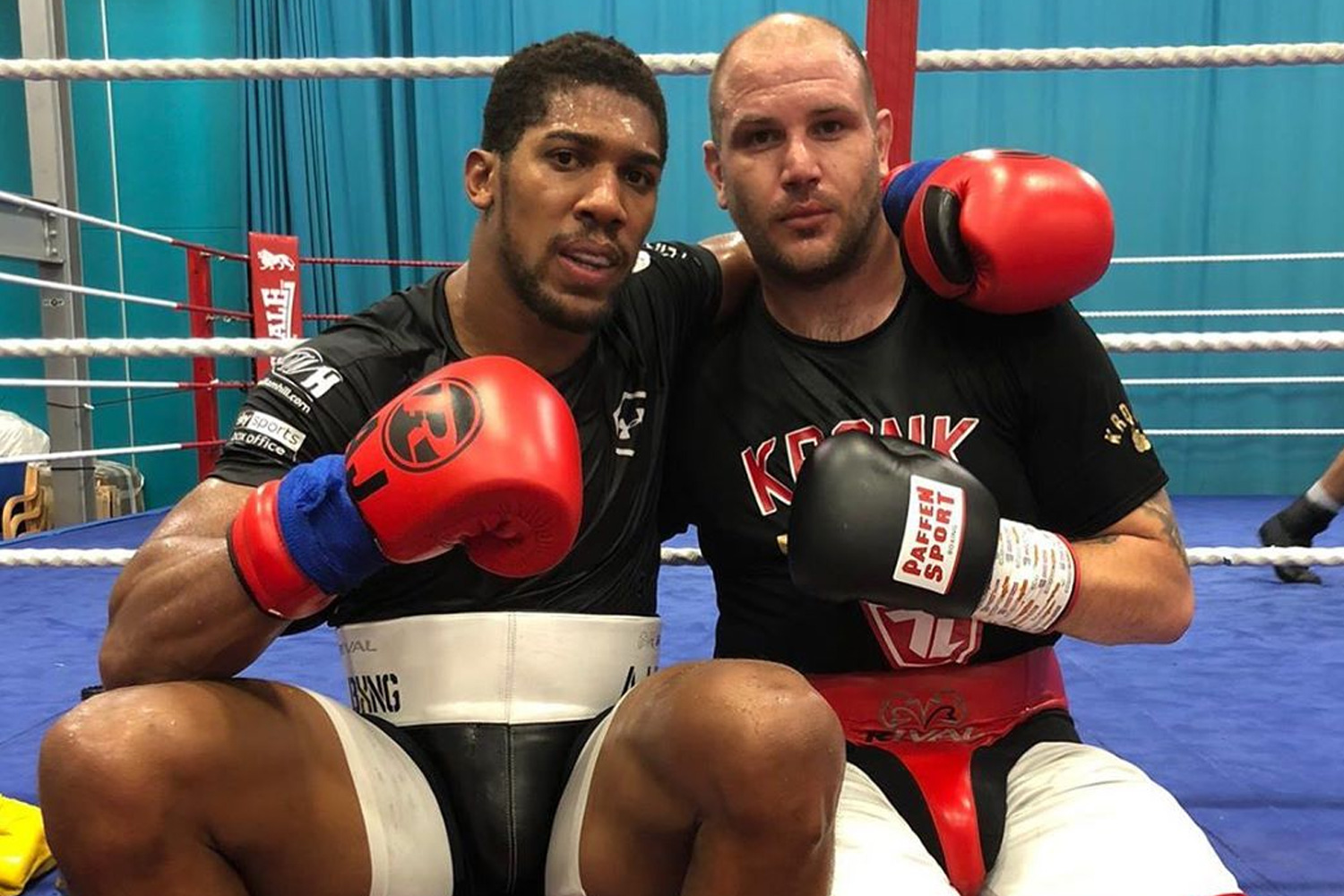 Saunders, who like Little hails from Hatfield, revealed: "I'll tell you a story about Tom Little, a big fella who is now a good friend of mine, but we became friends after we had a fight.

"We had an argument, he's a heavyweight, a big boy, 6 foot 6 and 18 at the time. And this was one time where if I could have talked myself out of it I would have.

"We were on the site and we just had it. There was an argument and it escalated into a little challenge to me and there were too many people there to turn it down.

"We had our shirts off and we had a fight for 10 minutes. But what a good fight and I beat him. It was in a field, bare-knuckle and we shook hands afterwards and became friends, very good friends."

Little has lost his last three pro fights, taking his record to an unflattering 10-7, after being fed to serious contenders Filip Hrgovic, Daniel Dubois and David Price.

But the popular powerhouse remains a permanent fixture on the sparring circuit, giving the best heavy and cruiserweights in the country gruelling practice rounds.

Late on Wednesday night, Little was asked during an Instagram Live broadcast how Joshua was looking ahead of his must-win December 7 showdown.

But he remained tight-lipped, telling followers he was sworn to secrecy and could not comment on AJ's form going into the career-defining clash.