NBA Hall of Famer Shaquille O’Neal on Tuesday said he agreed with Houston Rockets general manager Daryl Morey, who came under fire from China after he voiced his support for Hong Kong democracy protests this month.

Morey apologised and quickly deleted his tweet, but his backing of the protests in the Chinese-ruled city angered Beijing, Chinese fans and the team’s business partners in a market worth an estimated $4billion to the league.

“Daryl Morey was right,” O’Neal said on TNT’s Inside the NBA show in Los Angeles on the opening night of the NBA season.

“Whenever you see something wrong going on anywhere in the world, you should have the right to say ‘That’s not right’ and that’s what he did,” he added.

O’Neal said that even if the values in the two countries differ, they need to show each other respect.

“We as American people, we do a lot of business in China and they know and understand our values and we understand their values,” he said. “And one of our best values here in America is free speech. We’re allowed to say what we want to say and we’re allowed to speak up about injustices and that’s just how it goes.

“And if people don’t understand that, that’s something that they have to deal with.” 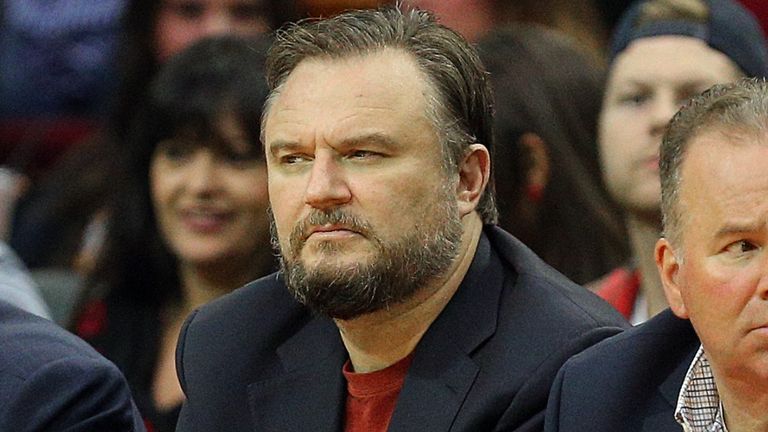 The controversy erupted when Morey sent out a tweet that included an image captioned, “Fight For Freedom. Stand With Hong Kong.”

In the aftermath of the tweet, China stopped broadcasts and streams of two pre-season games in the country between the Los Angeles Lakers and Brooklyn Nets, while the NBA cancelled many player appearances and took down ads.

US Secretary of State Mike Pompeo on Monday said it was “completely inappropriate” for China to retaliate against US businesses for commenting on pro-democracy protests in Hong Kong, CNBC reported.

Hong Kong pro-democracy supporters crashed the NBA’s opening night party on Tuesday night handing out thousands of black T-shirts as the Toronto Raptors prepared to begin the defence of their championship title against the New Orleans Pelicans.

While the Raptors gifted the opening night crowd with T-shirts with a gold Raptor and replica championship rings, outside Scotiabank Arena the protesters were giving away black T-shirts with the message “The North Stand With Hong Kong” in bright yellow across the front.

The North reference was a play on the Toronto Raptors slogan “We the North” that is used to market the team.

One volunteer, wearing a black surgical mask and who did not want to be named, said the Toronto group raised close to $34,000 (approx £26,460) through a GoFundMe page to print 7,000 T-shirts.