The Philadelphia 76ers play host to the Boston Celtics at Wells Fargo Center on Wednesday in a clash which sees two of the favourites to win the Eastern Conference face each other to open the new season.

Sixers big man Al Horford’s first appearance in an NBA game for his new ball club comes against the team he has just left, while a much-changed Celtics lineup will try to integrate key new men at both ends of the floor in Kemba Walker and Enes Kanter.

The Celtics’ biggest problem last season was trying to balance all the personalities in the locker room and translate the respective talent levels into the product seen on the floor.

They simply had too many players for not enough minutes and flopped in the postseason so they parted ways with Kyrie Irving, Horford and Terry Rozier and decided to freshen it up.

Getting rid of all of those players will open up the door for Gordon Hayward and Jaylen Brown to make a bigger impact after both struggled at times last season in their limited roles. It remains to be seen how the new pieces come together, although the signs look positive following a preseason where they won all four games.

The Sixers, meanwhile, continue to keep improving and despite the loss of Jimmy Butler in the summer, the starting five is probably the strongest in the league, sending out Ben Simmons, Josh Richardson, Tobias Harris, Horford and Joel Embiid. 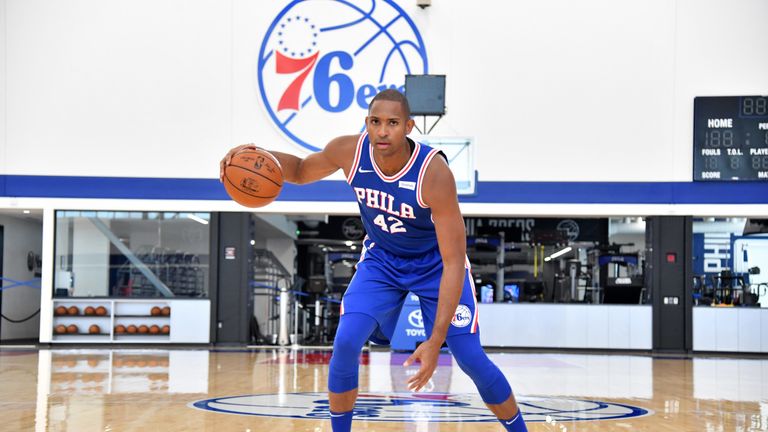 Image:
Al Horford poses for media shots at the 76ers training facility following his summer arrival from the Boston Celtics

Those are five potential All-Stars and it says a lot about how much this team has grown. They have improved for three straight years now and they very well could be in for a franchise-best season if the development curve, particularly for their young franchise cornerstones Embiid and Simmons, continues.

Sixers’ starting five forms one of the best defensive units in the league and it will be hard to score points against them.

The only real weakness on this team is in terms of depth. If one or two of the starters gets injured, this team could get tested and could struggle in the postseason and with Embiid’s injury history in particular, that’s a valid concern. Going all-in on your starting five works great if everyone stays healthy but it spells disaster if one or more key protagonists ends up sidelined.

Wednesday night’s clash gives both teams a chance to land an early blow in what should prove a very interesting season series. 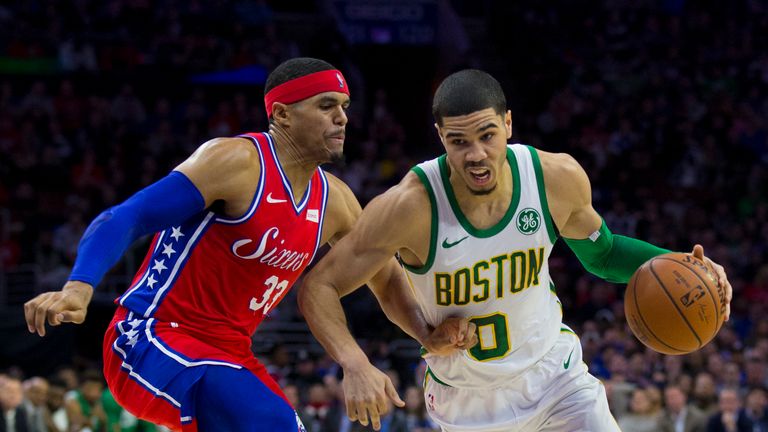 When Jayson Tatum burst onto the scene two seasons ago, it looked like the path to the top was a foregone conclusion for the Celtics youngster, taken with the third pick in the 2017 draft. He delivered a particularly memorable dunk on LeBron James in the 2018 Eastern Conference Finals which earmarked him as being able to step up in the big moment and finish over anyone.

Last season’s failure to take the expected leap forward came as part of a greater malaise within the Celtics camp but he’ll have a good test in his first match-up this season against versatile Sixers forward Tobias Harris, who will slot back from the four to the three following the arrival of Horford.

Harris averaged exactly 20 points a game, the 30th highest scoring mark in the league, despite being far from the first option on the Sixers roster. His competence and efficiency as a scorer will provide an interesting challenge for Tatum at this early stage of the season, and likewise the 21-year-old will be a very different proposition for Harris to front up to than the big men he was defending last season.

12.8 – The number of turnovers per game committed by Boston in the previous regular season, the third lowest mark in the league. Not coughing up the ball is always a good sign of an efficient team and it’s an area where the Celtics were much better than the Sixers last year.

In comparison, the Sixers committed 14.9 turnovers per game, the sixth-highest mark. No doubt this will be a focus for coach Brett Brown and a key area Philly will be looking to improve on this season.

47.8 – That’s how many rebounds were pulled down in an average game last season by the Sixers. It was the fourth-highest mark in the league overall and they were the second-best team on the defensive glass.

The Celtics on the other hand, were the 22nd best rebounding team. That’s nowhere near good enough for a team hoping to contend for a title so if they’re to put themselves back in the reckoning there will need to be a drastic improvement.

One to watch (Celtics): Kemba Walker 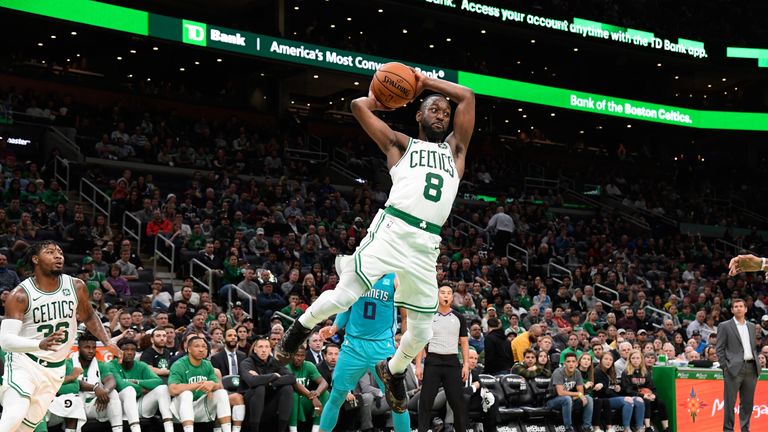 Image:
Kemba Walker goes airborne to throw a pass in the Celtics' preseason win over the Hornets

Walker will run a lot of plays for the Celtics this year and he is a prolific and consistent scorer who will be surrounded by a number of other scoring options but it will be interesting to see how, standing just over six feet tall, he fits into the defensive schemes of coach Brad Stevens as that’s not the end of the floor he’s made his name on.

One thing which will be of huge benefit to Walker is that he spent the whole summer on the Team USA roster working with team-mates Brown, Tatum and Marcus Smart, so they will already have a decent feel for each others’ games – vital for a new franchise point guard – and Celtics fans will be hoping that the fit, both personality-wise and on the floor, is better than it was with predecessor Irving.

One to watch (Sixers): Joel Embiid 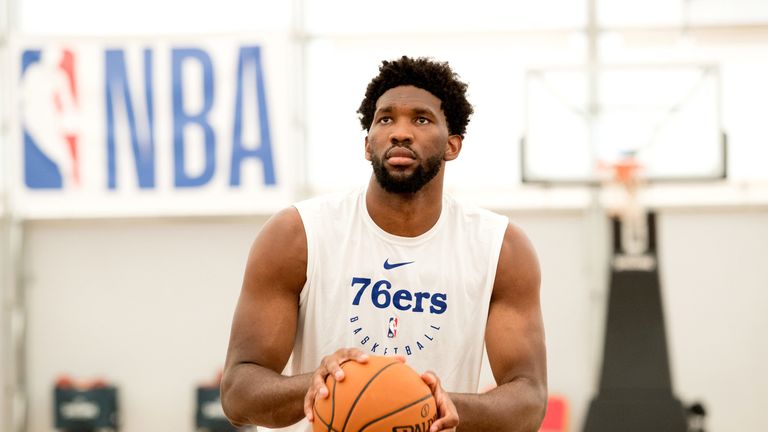 Embiid loved it against Boston last year as he averaged close to 30 points and 15 rebounds per game in four meetings with the Celtics. His all-round game makes him potentially the most dominant player in the entire league. He was the fourth-highest scorer in the 2018-19 regular season and was the second-best rebounder as well as being sixth in blocks.

That is some list of accolades but it will be Embiid’s conditioning which could dictate how his, and perhaps his team’s, season goes as he has been pestered by injuries regularly throughout his career. The Sixers may consider load management throughout the regular season with the idea of getting the Cameroonian peaking come playoff time but there’s no doubt he will be able to put the team on his back at times, such is the standard and variety in his repertoire.