SOL CAMPBELL is a man on a mission.

The England legend is the new Southend United boss after an impressive stint at Macclesfield Town last season. 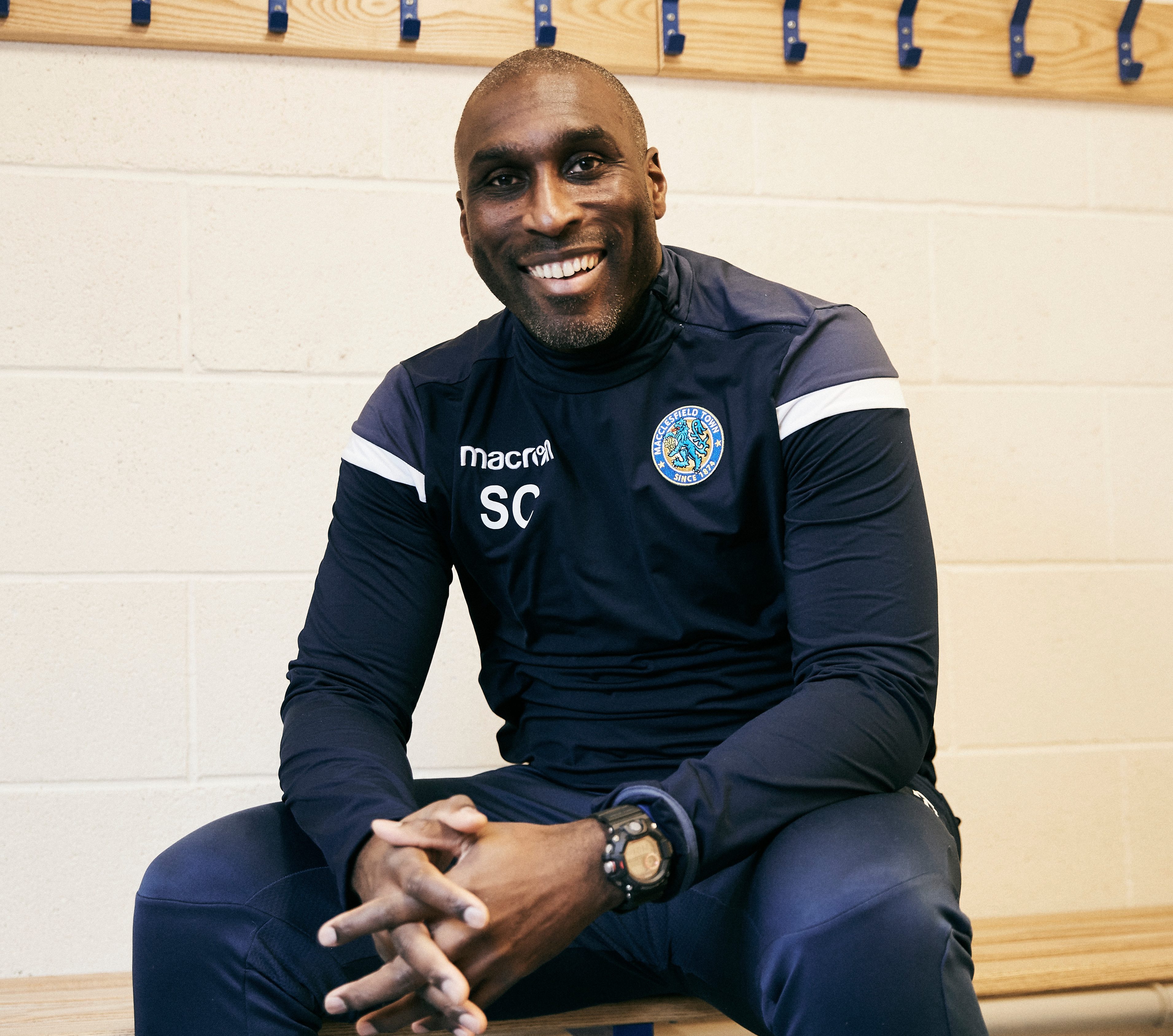 10 Sol Campbell is desperate to prove he can succeed as a football managerCredit: Mark Robinson – The Sun 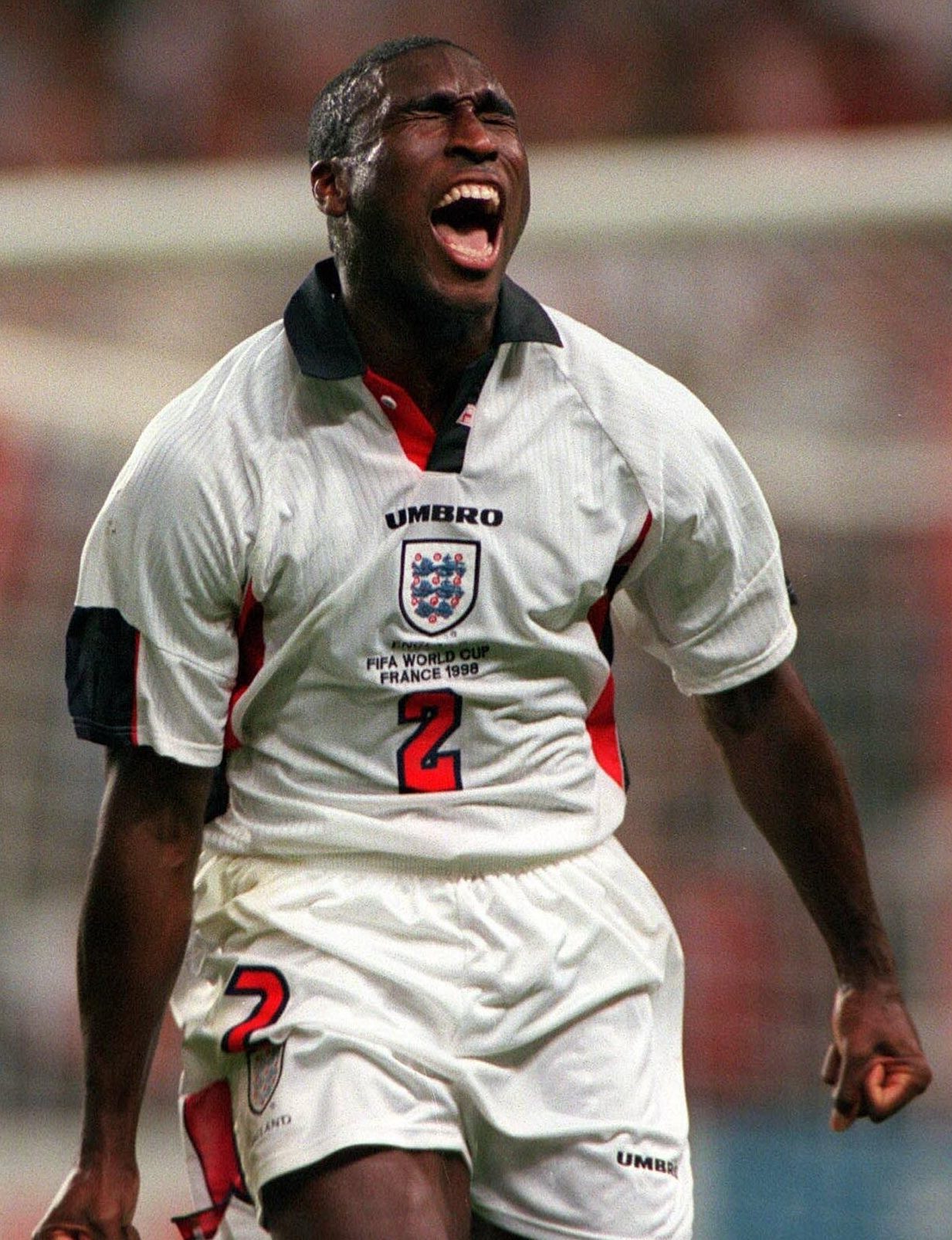 He could be forgiven for enjoying his riches earned from the game – a fortune said to stand at £40million.

But the former Spurs and Arsenal defender doesn't want to rest on his laurels and is keen to become a trailblazing manager, like former Three Lions team-mate Frank Lampard at Chelsea.

And it hasn't been easy for the 45-year-old who once called himself "one of the greatest minds in football".

Desperate to make his mark on the game, Campbell threw his fedora hat into the ring for the vacant Oxford United post last year.

The U's had disposed of Pep Clotet, who was sacked after just six months in charge, and were looking at exciting alternatives.

6ft 2in Campbell was one, as was Wales hell-raiser Craig Bellamy.

I can't believe some people, I'm one of the greatest minds in football and I'm being wasted because of a lack of experience or 'maybe he talks his mind too much'

It was Bellamy that got the gig, albeit only to withdraw his application after the club was taken over during negotiations. The ex-Gunner was aghast.

“I did go (for the Oxford job) and they didn't accept me,” he told the Arsenal podcast Highbury & Heels. 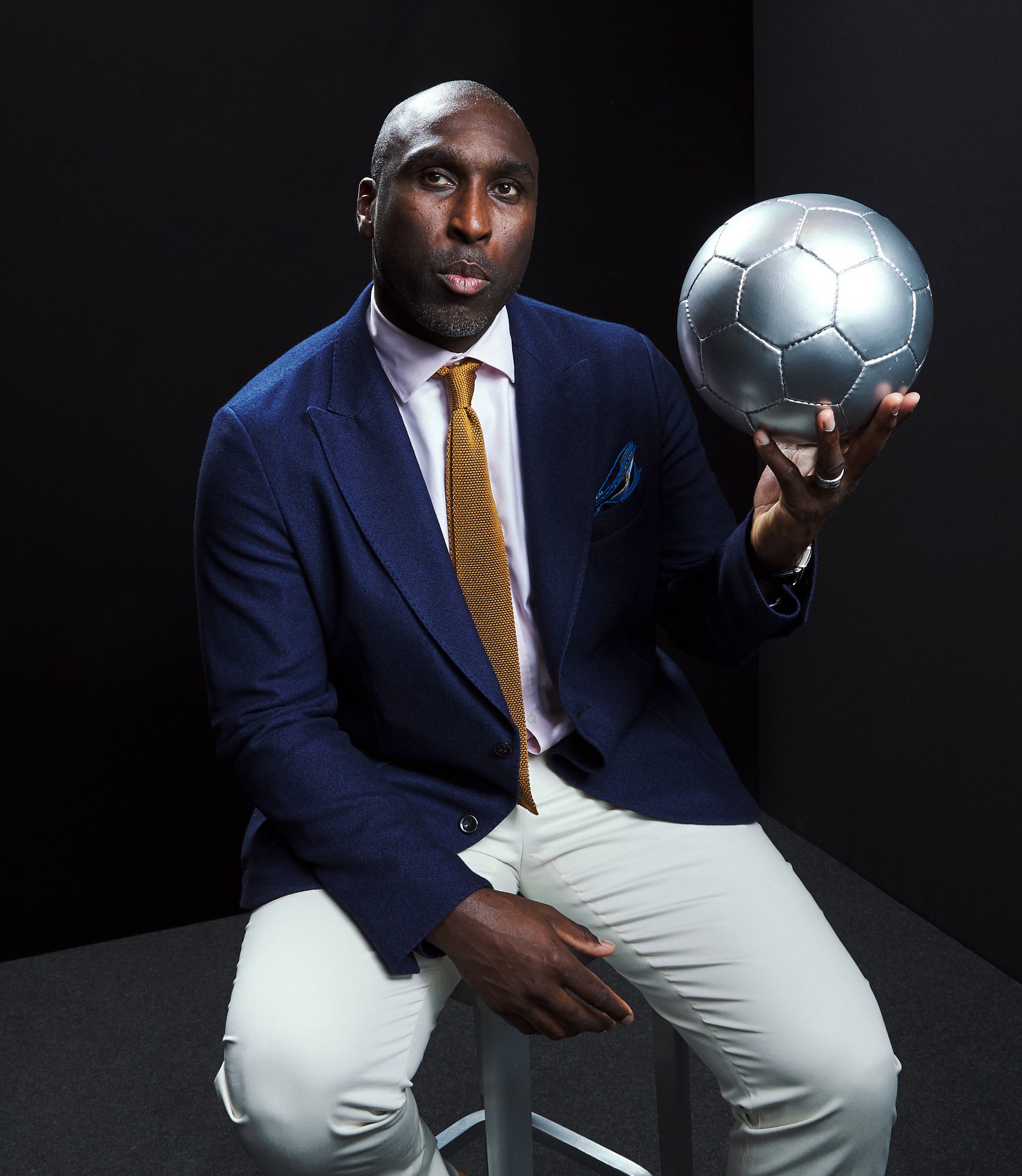 10 Campbell wondered if it was his intellect that meant he was overlooked for jobsCredit: Getty – Contributor

Campbell also quizzed if it was his intellect that was holding him back.

"I'm confident and it's not like it's rocket science to run a football club, especially when you get to that level,” he added.

“If you're intelligent enough and a quick learner you will learn pretty soon, within two or three games, what the team needs, training-wise, to survive in that league, get better in that league, to get in the play-offs or even win the league.

“I'm intelligent enough, it's not like I played on a fox and dog pitch all my life.

"I can't believe some people, I'm one of the greatest minds in football and I'm being wasted because of a lack of experience or 'maybe he talks his mind too much'.

“Go to Germany, they love people who speak their minds. They got the jobs.

"I'm sorry that I've got a mind, but don't be scared of that. That should be something you want at your club, but obviously not.”

BUT THE SILKMEN DID

In November, 2018 Campbell got his first opportunity to impress in a management role. But it wasn't ideal.

He was handed the keys to the manager's office at Macclesfield Town, a job that no one wanted with the Silkmen sitting bottom of League Two – seven points from safety and facing relegation from the football league.

However, the calming Campbell soon steadied the ship.

On the final day of the season, Campbell achieved the unthinkable, guiding Macclesfield to safety. 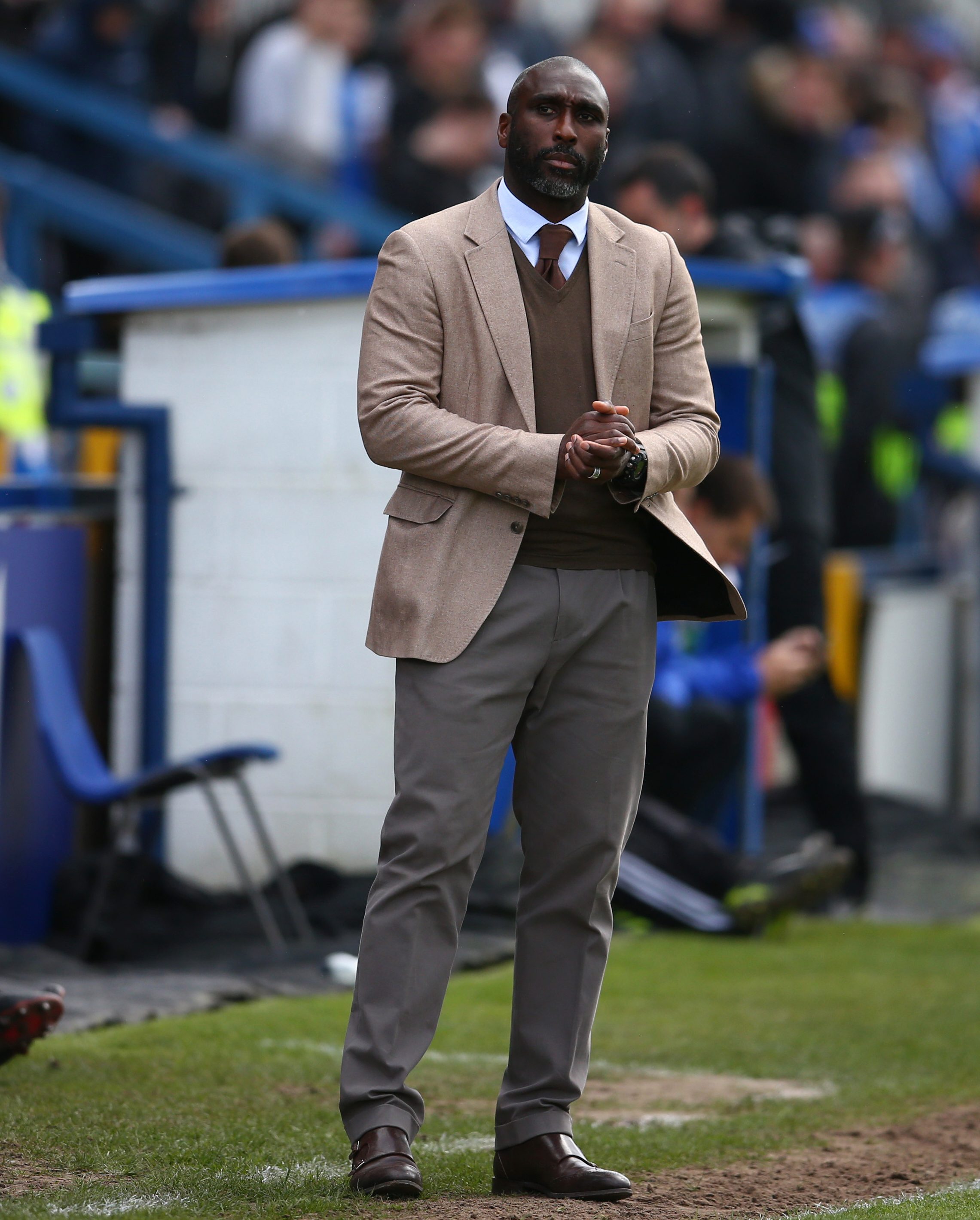 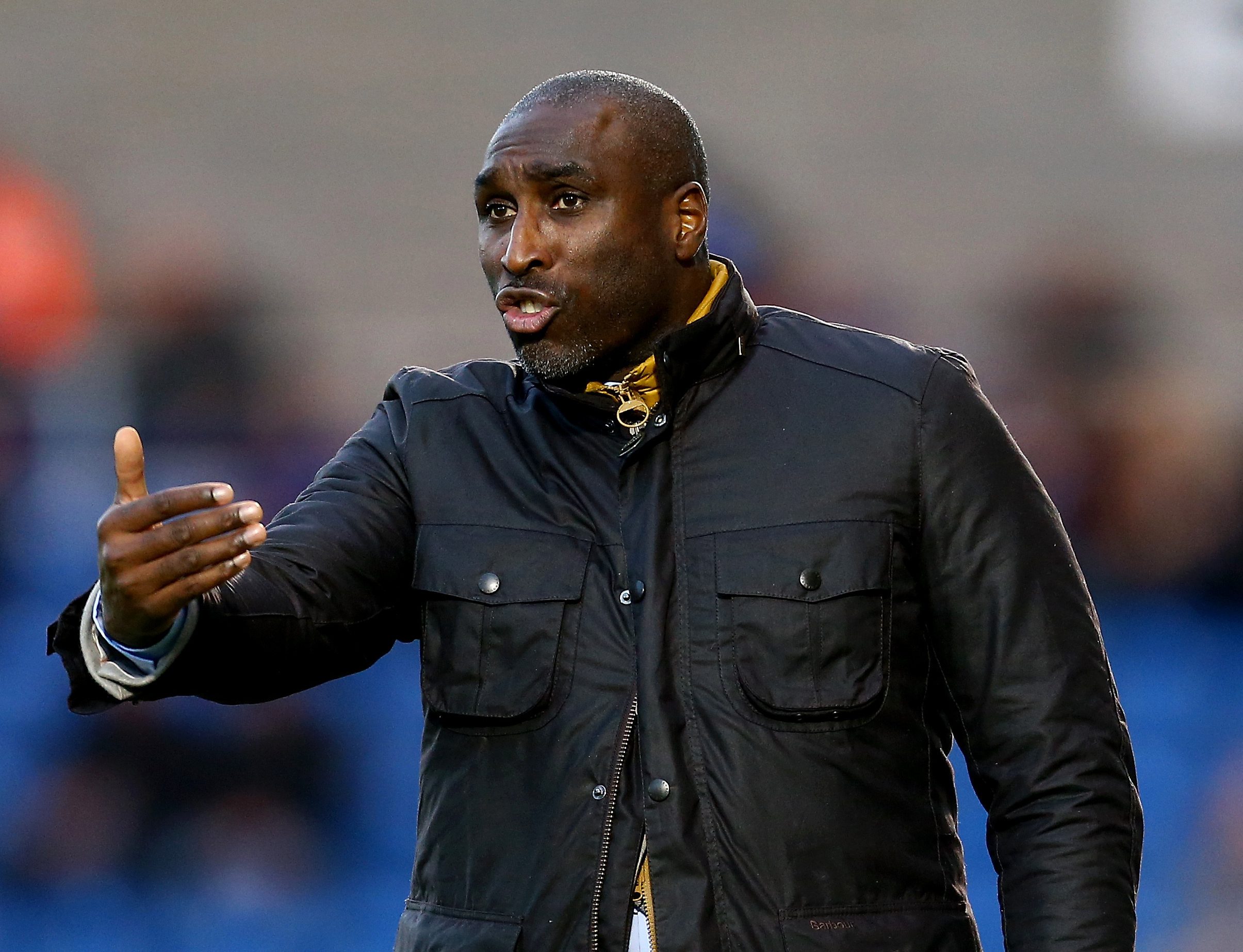 10 Despite amassing a wealth believed to be worth £40m, Campbell was happy to prove himself in League TwoCredit: Getty Images – Getty 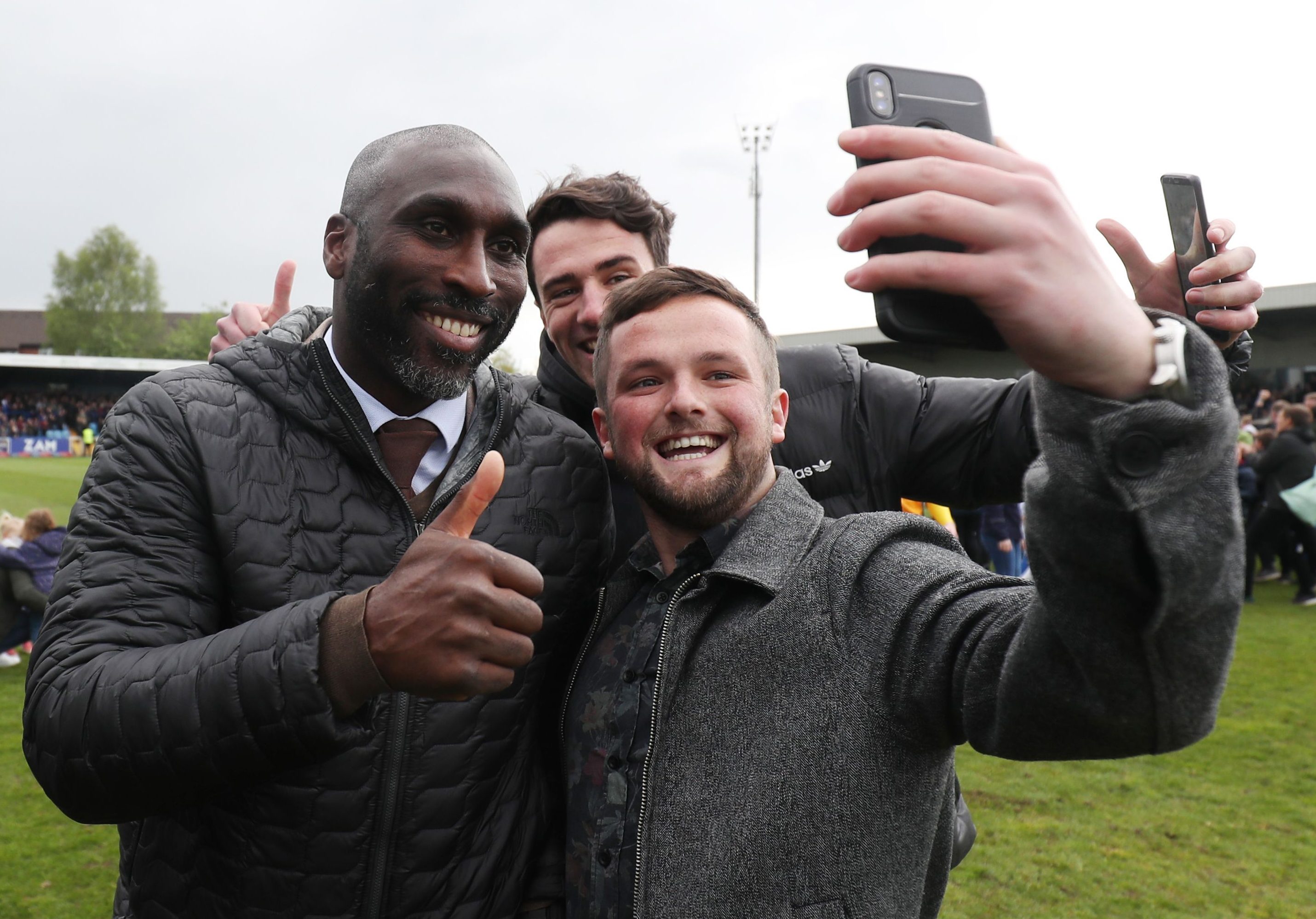 A run of just two defeats from the last ten games helped his side finish three points above second-bottom Notts County.

“The early days in particular were very, very difficult. Coming into this environment I had to deal with a lot of things,” he told talkSPORT  two months prior to leaving the cash-strapped club mutually.

“There was no structure and cohesion and absolutely no foundations in place.

“When I rocked up I was fighting so many fires – behind the scenes it was non-stop drama.”

The emotional ride even got the better of Campbell, who admitted he was overcome by the success he achieved.

He revealed: “I started crying after we stayed up. This job has taken so much out of me, emotionally and physically. I was crying with relief, really.

“I’ve almost been like a psychologist, as well as a football manager. I’ve had to guide these players and inspire them, but get inside their brains as well. It was my responsibility – I had to do all that by myself.

“Almost every single player at the club needed to be rebuilt – mentally, emotionally and football-wise.

“I had to give these lads the belief that they could be somebody. And then you have the fans, they don’t really know me so draw their own conclusions – I’m new in management after all.

“We had to be well prepared, because if we hadn’t have done that we wouldn’t be in the league now – it’s as simple as that.” 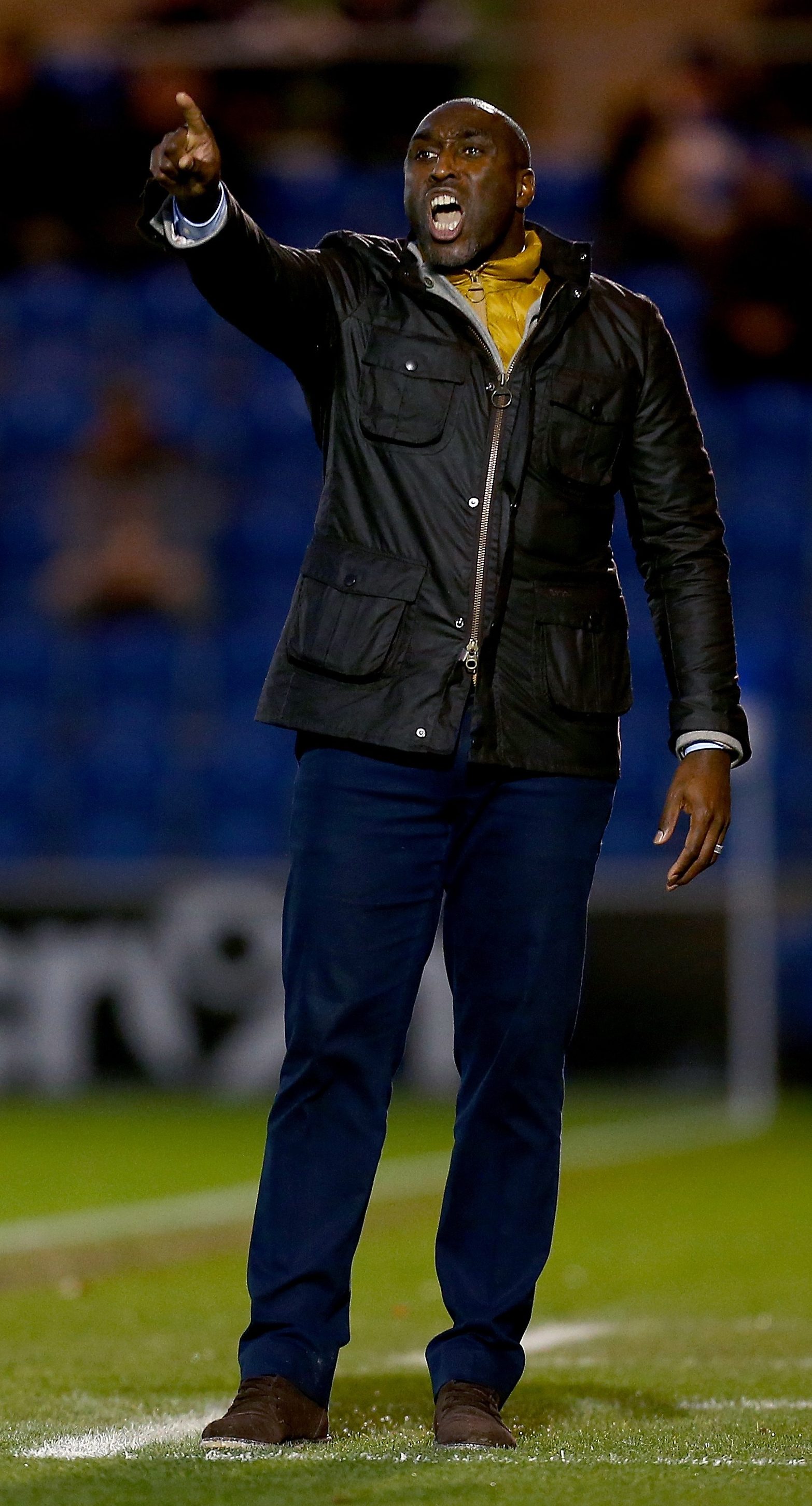 10 Campbell has a Uefa Pro Licence, which is the highest coaching qualification availableCredit: Getty Images – Getty 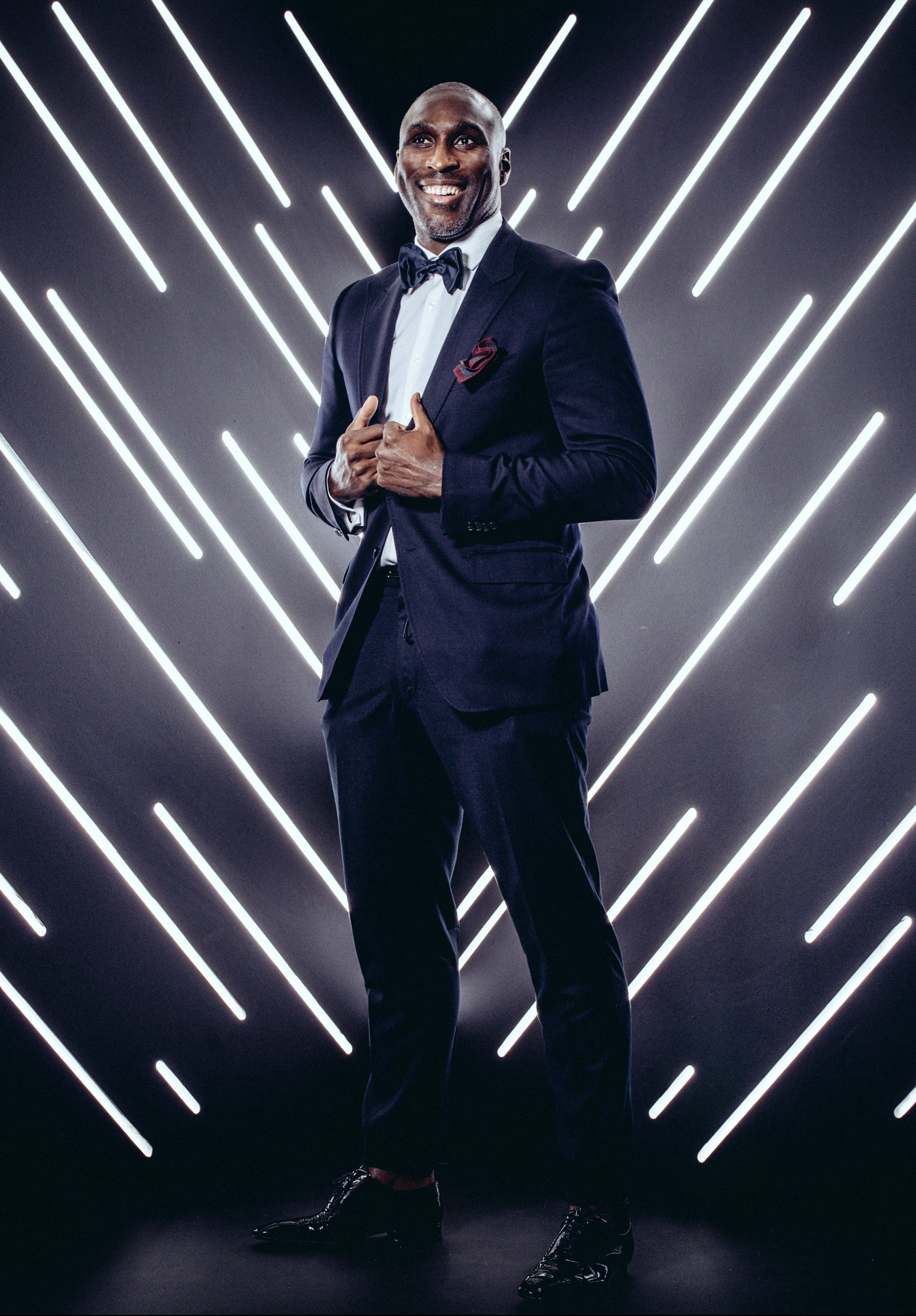 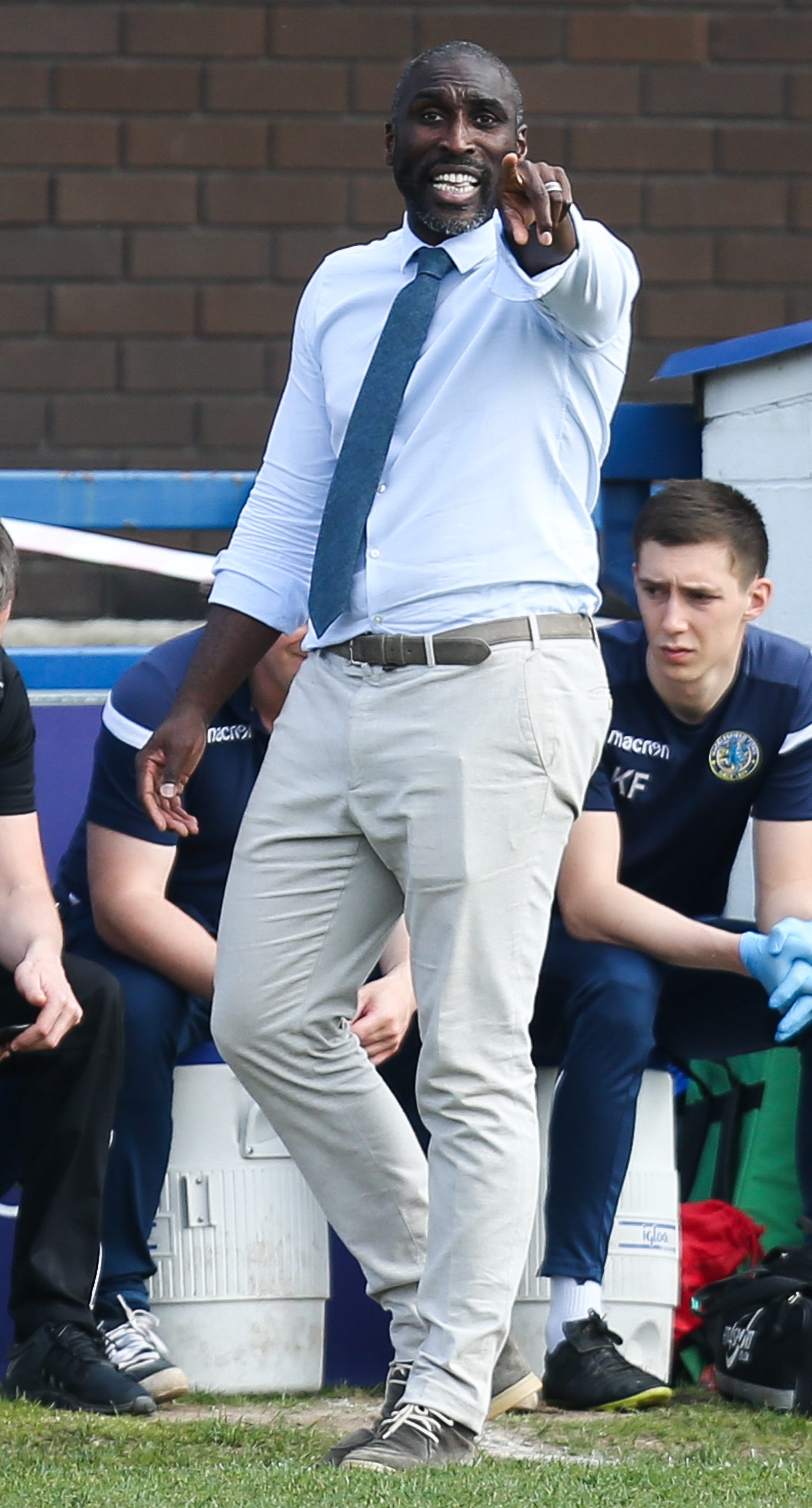 10 Should Campbell land the Southend United job he will be one of just six BAME managers in the Football LeagueCredit: Rex Features

Campbell holds a Uefa Pro Licence, which is the highest coaching qualification available and is mandatory for all first-team managers wishing to work in the Premier League.

But he can't think of managing a top club just yet.

The Southend United job is his best option open to him and he joins five other black and minority ethnic (BAME) managers making their living in the Football League.

Simply, that's not enough and in the past Campbell has been very vocal about black coaches getting the same opportunities as others.

“Everyone has to ask themselves why there are not more black managers in this country," he told The Guardian in 2013.

"I’ve spoken to other black players who want to coach and they feel the same, that attitudes here are archaic.”

However, he's willing to roll his sleeves up and do it the hard way by proving himself in the lower leagues.

After a successful spell at Macclesfield, you wouldn't bet against him leading Southend to glory, if he gets the chance.

And maybe, there's a shot at becoming a future England manager too.